As the Australian national anthem played over the loudspeakers of Winnipeg stadium in the Canadian summer heat, Matildas goalkeeper Lydia Williams looked up in the stands. 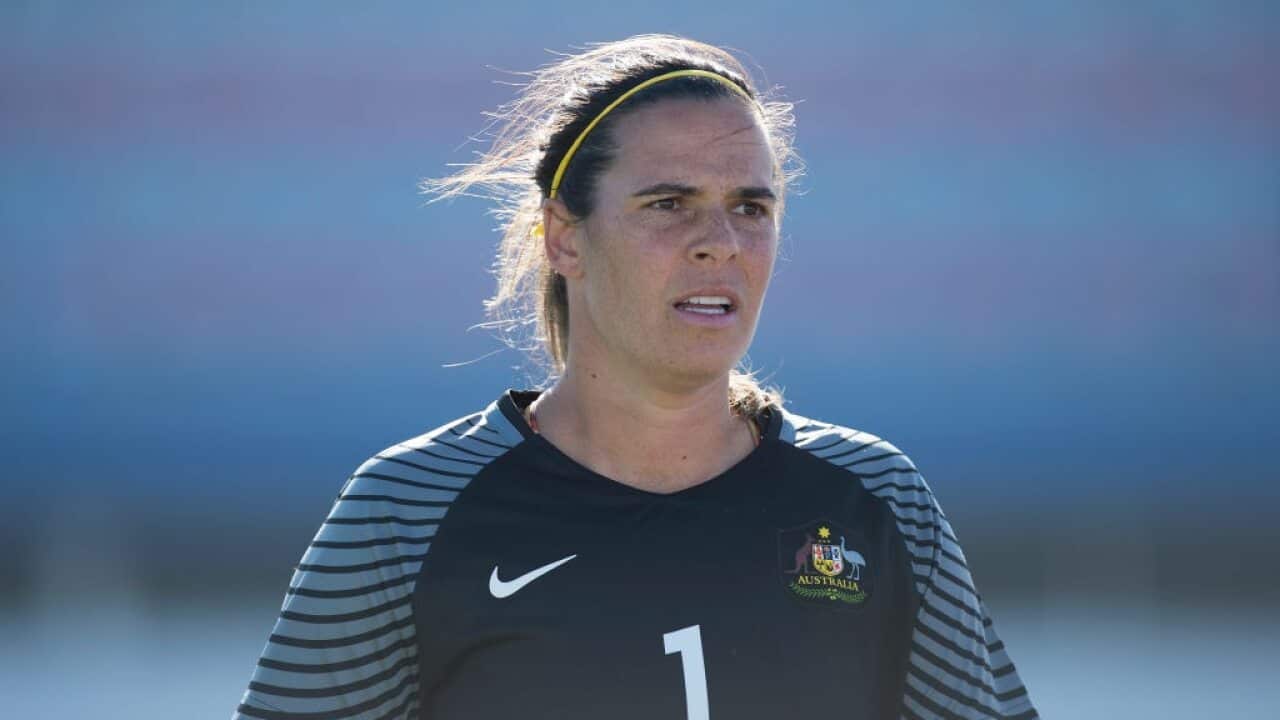 In a crowd filled with supporters eagerly anticipating the clash with the United States at the 2015 Women’s World Cup, Williams spotted striker Kyah Simon’s family.

They were holding both the Australian national flag and that of the Aboriginal people.

It was a moment the Indigenous goalkeeper will never forget.

Advertisement
“I think that was a pretty powerful image and one I hadn’t seen since Cathy Freeman ran with both flags (at the Sydney 2000 Olympics),” Williams said.

“The drive just to play for your country is already big, but to see your country and your culture being represented is huge as well.”

National Indigenous Football Week holds great significance for Williams, who came from a small town in Western Australia to play in two FIFA Women’s World Cups and an Olympic Games.

“For football to recognise the Indigenous people of Australia is pretty amazing. To celebrate it now is obviously pretty special and we want to keep that momentum going,” Williams said.

It has been an extraordinary journey for the 28 year-old who is about to embark on a pre-season camp for her National Women’s Soccer League team Houston Dash.

Football has given her the chance to explore the world and to create history.

Williams was part of the first Australian team, men's or women's, to win a knockout stage match at a World Cup when the Matilidas beat Brazil 1-0 to advance to the quarter-finals of the 2015 showpiece.

The goalkeeper lists this monumental victory as a career highlight, but says getting to emulate Cathy Freeman and become an Olympian was incredibly special.

“Obviously Kyah (Simon) scoring the winner and our performances in that game was incredible and obviously being at the Olympics,” Williams said.

“I always wanted to go to the Olympics after seeing Cathy Freeman run.

“To get those opportunities is something I wouldn’t have thought of being in Kalgoorlie as a 10 year-old, so it’s pretty surreal thinking about it now.”

While the town she grew up in was not immediately attracted to football, access to playing the sport gave the now Matildas star an opportunity to fall in love with the sport.

“For me there wasn’t really an AFL team, I followed it, but there wasn’t any teams that I could join. It was really football, basketball or athletics,” Williams recalled.

“I think football was the most similar to AFL in terms of just running around and kicking the ball, I found that the most enjoyable.

“For me it was that I got put in the position and ended up loving it. I think if you give the opportunity, I think more kids are going to love it than not.”

That’s where the work of John Moriarty Football has been so critical in exposing more Indigenous communities to football.

“The first step is actually to go out in the communities. Indigenous kids need to have that exposure and see high level athletes come out and mentor them and show them the basics and fundamentals of the game,” the Matildas goalkeeper said.

“The place to be tapped in to is the rural places in the middle of Australia. Not a lot of sporting people go out there and I think if you get football going regularly, I think that drive will help bring in more kids to the game.”

While moving to Canberra and having access to good facilities and coaching helped Williams reach the pinnacle of the sport.

She says bringing the sport to the Indigenous communities is where it must begin.

“The hardest thing is moving away from home and spending time away from home. I don’t think I’ve actually been in Canberra for a stint longer than three months in the past four years,” Williams said.

“Indigenous people are very family orientated, so when they’re away from home they tend to miss it.”

Having reached football’s highest level and become a role model for aspiring Indigenous footballers, Williams is confident that the game can help bring about greater equality.

“You’re exposed to more international experiences. You get to go to Thailand and go to China and see how the people are. You go to America and Canada and Sweden and you get to experience new cultures where you don’t get the time to be black or white,” Williams said.

“You’re there as an Australian and you’re experiencing a different culture all together. At the end of the day you have to be all friends on the field and respect each other.”