Aussie Michael Matthews (BikeExchange) battled through fatigue to position himself among the leaders on the final sprint of the 2021 men's edition in the Gent-Wevelgem, finishing fifth in an impressive performance. 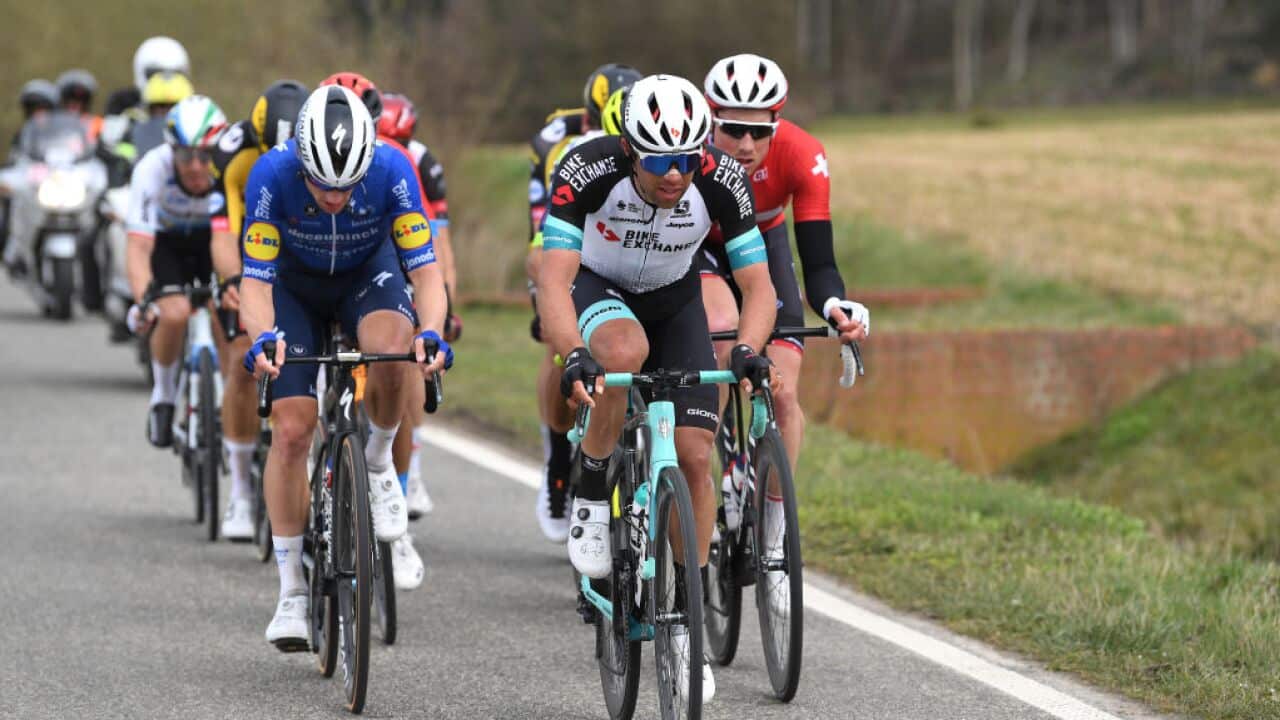 The 30-year-old was part of a group of seven riders sprinting for the finish line, as Wout Van Aert (Jumbo-Visma) took the victory.

Advertisement
'Bling' appeared to be hampered by cramps going into the finish as he was shown hitting his legs, lamenting post-race that his fitness just wasn't enough to get him over the line first.

Matthews also revealed the strategy hatched by BikeExchange director Mat Hayman that put him in such a great position for the finish.

“I started to get double cramp in both of my legs," Matthews said. "That’s unfortunate but it was a really hard day and I guess you have these problems but hopefully the next time I don’t.

"It worked, I think we got a split of around 25 guys and we had five guys there at that point. That worked really well and then we worked all through the race to try and keep things together and give me the best opportunity for the sprint in the final.

"There were seven of us left in the final for the kick and I didn’t have the legs to win the sprint unfortunately, but I gave it my best, the team did an awesome job today, so I’m looking forward to next weekend now.”

Hayman praised Matthews and the rest of the team for their strong performances in controlling the race and navigating the climbs and crosswinds that Gent-Wevelgem is famous for.

“The boys rode a fantastic race today, the wind was there, everybody knew about it," Hayman said. "Ghent-Wevelgem is always a race that has wind at the start and then the climbs, and the guys were where they needed to be and they made the front split.

"They rode and they had the race under control, so hats off to the boys there.

Michael came up against the best of the best in the final, obviously suffering from some cramps there at the end, but he did absolutely everything right.”