Meet the Aussie teenager toiling away in Turkey 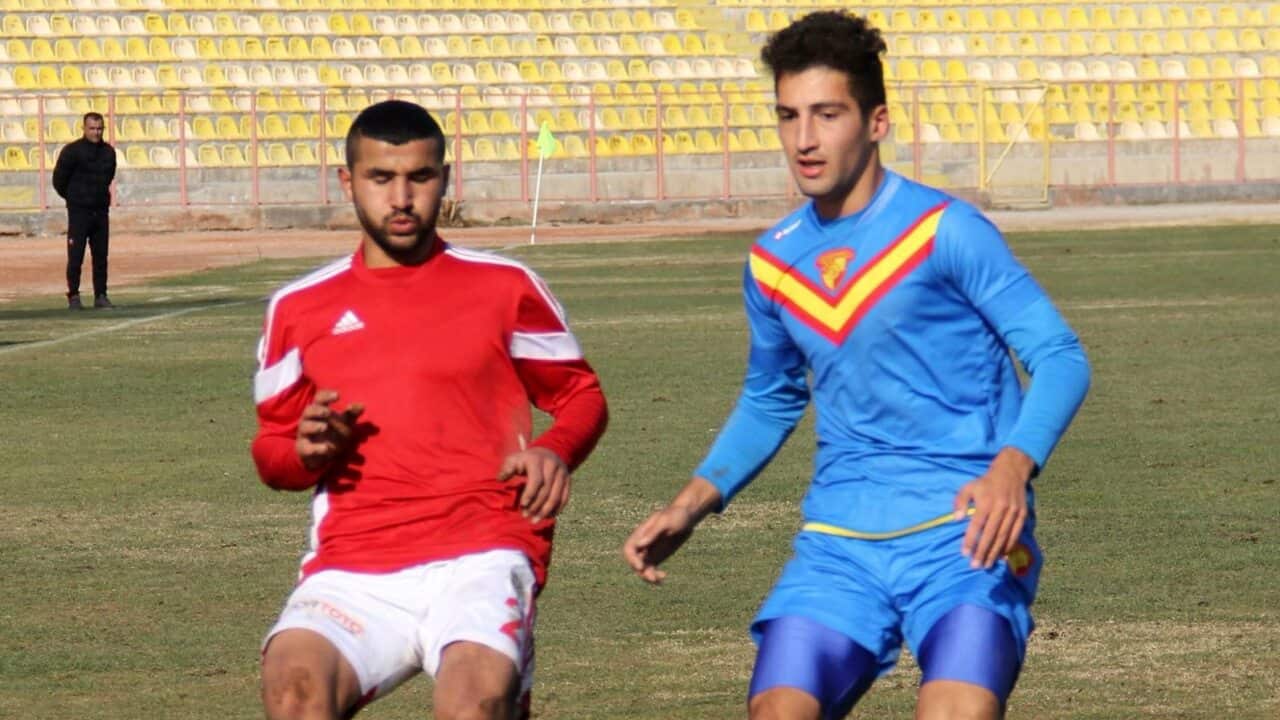 The 19-year-old from Melbourne joined Turkish club Goztepe S.K. at the start of 2017.

Playing regularly in the Under-21s of the Izmir-based outfit, who were promoted to the top flight last year, Yildiz is chasing his dream of senior European action.

The full-back came through Victoria’s Skillaroos program and spent several seasons with Hume City. He debuted for Anadoluspor’s first-team in the Victorian NPL in 2016 before heading to Europe.

Advertisement
“I had a couple of trials with Melbourne Victory and Melbourne City but it just didn’t work out,” Yildiz explained to The World Game.

“It would be great to play in the A-League, but every young footballer wants to play in Europe. That’s the bigger picture in all that stuff. The A-League would have been awesome, but I’ll definitely take Turkey.

“It’s difficult with only one professional league in Australia but in Turkey there’s a lot more opportunity, and I feel that I’ve been given the opportunity and I’m just trying to take it with both hands.”

Yildiz, the son of Turkish parents, admits moving from Melbourne to Izmir at 18 was a big culture shock at first.

“It was very, very difficult at the start, just adjusting to the different culture and heritage, and football style as well,” he said. “My language was very minimal.

“My mum came with me for the first six months and lived with me, which was a massive sacrifice for her. I came for the second half of last season and we got promoted.

“We’re now playing in the Super Lig Under-21s, and the culture’s awesome here. It’s one of those clubs that everyone in Turkey loves. The fans are unbelievable.

“As soon as I say I’m from Australia they mention Harry Kewell and Lucas Neill and all that. They do love their Australians and their Australian-Turks like Aziz Behich, who’s playing amazing football at the moment.

Yildiz has forced into the way into the regular starting XI of the Goztepe reserves and featured in 22 of 30 matches. He has made the left back position his own, despite playing a handful of games on the left wing.

“At the start it was very difficult to adjust to the system, but once I did I think the coach knew I had something there,” he said. “Since then he’s been playing me week-in-week-out.

"The standard is a lot more tactical, where you need to be forward-thinking. The style is very attacking and defensive at the same time.

Yildiz feels he has improved significantly as a player after being exposed to a full-time professional environment.

“It’s difficult not to develop when you’re doing as much work as I am," he said. "With so many quality players around me it’s a massive, massive step in my development.

"I’m just trying to break that next barrier and develop into a senior footballer, which is the dream basically.”

Off-contract at the end of this season, Yildiz is hoping to win another contract with Goztepe. The 92-year-old club are known for promoting young players from within.

The defender said he could go potentially go out on loan to get more senior football under his belt.

"I feel like the next stepping stone for me is signing pro and making my senior debut.

“I think it would be awesome for me to stay at this club because they trusted me to bring me all the way over from Australia to play with them. I love the club.

"I’d definitely prefer to stay with Goztepe. It would be a dream to play in the Super Lig.”