Of the countless “bolters” to be pushed forward for World Cup consideration in recent months, one man has quietly slipped under the radar. 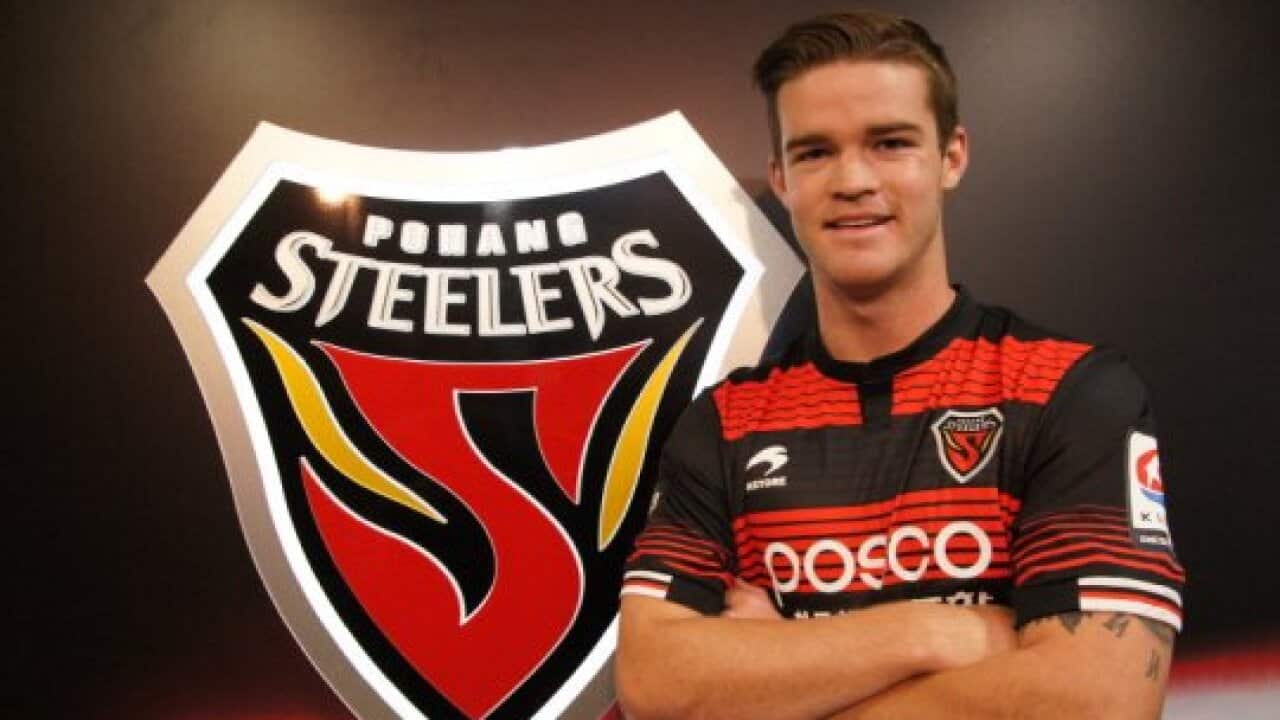 Connor Chapman’s rise from an emerging A-League prospect to one of the top defenders in the K-League has put the former Newcastle and Melbourne City man right in the heart of calculations for Russia.

Having made his A-League debut at just 17 with the Jets, Chapman is a familiar name but has been a sensation in one of Asia’s toughest leagues, being voted in the K-League under-22 Team of The Season for 2017 – his first outside of Australia.
Advertisement

Such a splash did Chapman make during his stint with Incheon United that Pohang Steelers – the only three-time winner of the Asian Champions League – paid over $500,000 to bring him to the Steelyard.

While Chapman is only has eyes for the season ahead with the Steelers, which begins this Saturday against Daegu, he admits it’s a good time to hit form on the eve of the World Cup.

“Most players starting in the backline for the Socceroos all played in an Asian league last year. With a good start to the season and game time, hopefully it'll be enough to get a chance,” Chapman told The World Game.

“I haven’t been contacted personally, but I would love [a call-up]. My current focus is to cement my spot in the starting team, win games and stay fit. Hopefully I can then earn the opportunity to represent my country.”

Chapman is the first to admit those who saw him in the A-League wouldn’t recognise the intimidating defender he is today.

“I've definitely kicked on since leaving the A-league as a player,” he said.

“With injuries and other factors, I never got to where I wanted to be as a player in the A-League, which is why I made the move to Korea.

“Once I found my feet here, I worked extremely hard and ended up playing 28 games and scored a few goals. Being named in the under-22 team of the year was very rewarding.”

As part of his mission to conquer Asia with Pohang and reach for international honours, Chapman has completely transformed his body.

“I’ve lost four kilograms since last season and I’m feeling the fittest I’ve felt in my career so far. Pre-season here consists of double or even triple-sessions daily, with only one day off every 7-to-10 days,” he said.

“We started our pre-season in Thailand and ended in Jeju, playing many trial matches throughout. Everything they do is at 100 per cent, even in training, but your body adapts over time to that intensity.

“That’s the Korean work ethic. Sometimes we’ve done some military-inspired drills and at Incheon we even did a few “war cries” during the warm up to prepare for training.”

By their impossibly high standards, Pohang have endured two middling seasons, leading the club on a massive recruiting spree – which nearly netted Socceroos Oliver Bozanic – as they seek to climb back to the peak of the K-League.

“We have a new team this year, probably 90 per cent of the team has changed from last year,” Chapman said.

“All the foreigners are new so I’m keen to play more games with them and make a good connection. Our best player, Kim Seung-Dae, plays with the national team and has pace, a great touch and finishes with ease.

“Pohang actually showed strong interest in me before I moved to Incheon, continuing throughout last season and everything fell into place to make the move this season.”

Chapman reckons the reason why is because the playing style of the K-League perfectly suits Australian defenders.

“The game is very fast over here and later on in the game, some teams go very direct when they’re trying to get the win,” he said.

“So being strong, technically good and working hard has always helped Australian players adapt to the K-League.”