Australia defender James Meredith could be the latest Socceroo to head to the Championship as Bradford City seek to lock down a League One play-off spot in the final five games of the season. 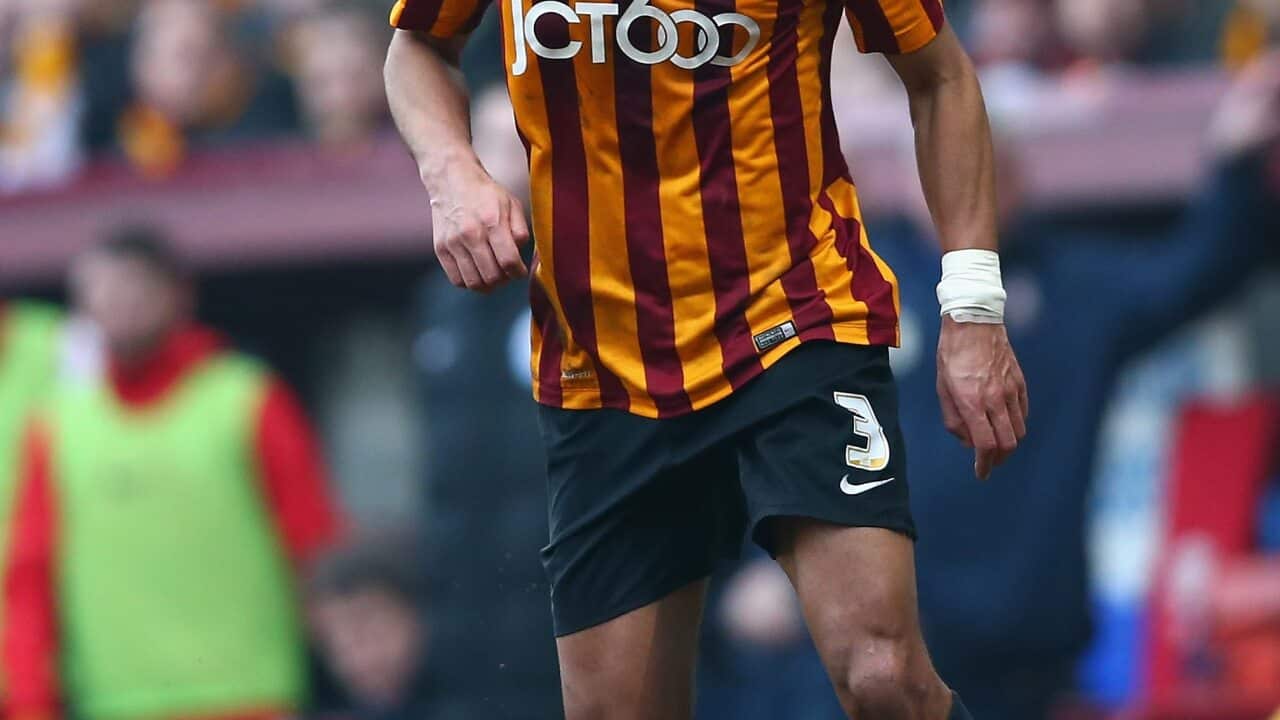 The left-back, who has made 37 appearances this season for the Bantams, is convinced the third-placed team “will be a force to be reckoned with” as they chase a Wembley final which could see them return to the higher echelons of English football.

Advertisement
The twice-capped defender, who was a surprise omission from Australia’s squad for last month's FIFA World Cup qualifiers against Tajikistan and Jordan, is in his fourth season at Valley Parade and has been heavily tipped to depart should Bradford fail to go up this year.

However, any hint of an exit is likely to quash should he play his part in helping the Yorkshire club, who in 2013 reached the League Cup final while in the fourth tier, go up.

Bradford moved within six points of second-placed Burton Albion with a 1-0 win over Swindon on Sunday (AEST) and could conceivably even win automatic promotion.

“Were trying to consolidate our position in the play-offs and I think we can be a force to be reckoned with, if we get there,” Meredith said.

“We have the third best defence. We’ve already broken the clean sheet record for the club this year and that’s a credit to the back four, and we're looking pretty good.

“I think Wigan will go up automatically, but in the playoffs, whether it’s against the likes of Millwall, Barnsley, Walsall or Burton I think we’d back ourselves against any of them.

“We're strong and experienced and we can stay solid and grind out results. If we went up it would be great to play against better sides on better pitches. We’d need to be shaper and more focused but it would make us all raise our games.

“We have a big stadium, big crowds … this really is a Championship club and that’s where we need to get to.”

The 28 year-old has been the epitome of consistency for his club and is hopeful of returning to the Socceroos' fold for the mouth-watering international and England at Sunderland's Stadium of Light late next month.

Socceroos coach Ange Postecoglou opted for youth in the form of Liverpool’s Brad Smith and Rosenborg’s Alex Gersbach for the 7-0 and 5-1 wins over Tajikistan and Jordan, with Smith getting the nod for both games and excelling.

“I did to watch the games and I heard that he did well, which is great and then Australia performed really well as a team which is fantastic. They won in style and that’s brilliant.

“I have just got my head down and I am working to be a contender for the game against England and also hopefully the games after that against Greece.

“Obviously I was disappointed not to make the squad last time but I have full faith in everything Ange does and I am sure he does everything for a good reason and he’s a top manager.

Meredith’s hopes of featuring against England could be stymied however Bradford should reach the playoff final on 29 May – just two days after the duel against the Three Lions.

“That’s something I’d have to deal with if and when the situation arises,” Meredith said.