Merrick has Barbarouses and Finkler, now he wants three points

Wellington Phoenix coach Ernie Merrick is looking to poach more than just a few of Melbourne Victory’s players when the two teams face each other at Westpac Stadium tonight. 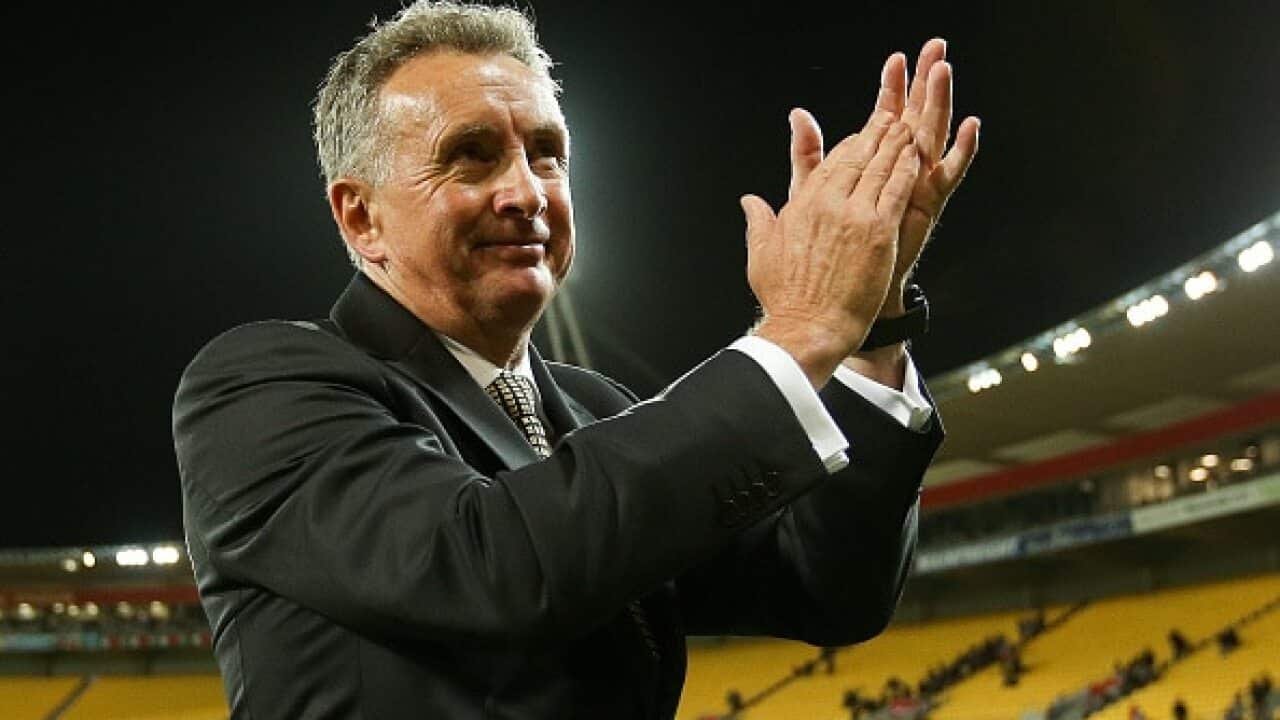 Kosta Barbarouses and Gui Finkler have already sealed deals to switch alliances from Victory to Phoenix when the 2016-2017 season kicks-off, and now Merrick has his eye on snatching all three points from the A-League tie.

Advertisement
Merrick said it was only natural Barbarouses and Finkler would be looking to shine against their future club, but warned their future teammates would be just as keen to try to shut them down.

"Barbarouses and Finkler are at the peak of their games," Merrick said. "They're two outstanding players who have had great seasons in the last two or three years. I think they will make our lives very difficult on Saturday, but I can guarantee we'll make it very difficult for them as well.

"There is this feeling here that we've let our fans down this season and with two home games left to give the fans something back the boys want to finish on a high note.

"There is also the feeling that we've got to achieve something in the last couple of rounds to start the building towards being a good side next season."

Despite facing two players Merrick wishes were already in his squad, Phoenix are nearly back to full strength and the head coach feels his side are in good stead ahead of the game.

"Just about everyone is available and we've had a good week at training," Merrick said.

"That's one thing about this bunch of lads, nothing stresses them or turns them off from accepting the challenge. They're always up for it."

Defender Ben Sigmund, who will retire at the end of the season, is set to play despite sustaining bruising and swelling to his knee last weekend and Merrick says the veteran's great attitude will have a hugely positive effect on his teammates.

"He got a pretty bad knock, but he was lucky it appears he didn't tear anything and he's been desperate all week to get back out there," Merrick said. "He's absolutely determined to play the last two games of his career.

"Ben's teammates want to send him out the right way. He's a very popular person at the club, but unfortunately he can't take the rigours anymore so he made the very tough decision to retire. He's always been one to put his body on the line.

Merrick said things were coming together well for the future, with the signing of the two Victory players on top of the club being awarded a new A-League licence by Football Federation Australia after their position beyond this season was in doubt.

"The licence situation was a difficult thing to deal with, but the club dealt with it well," Merrick said.

Merrick is looking for an established central defender and fullback to add to his two big attacking signings.

"I think it's very exciting that Kosta Barbarouses is coming back to his home city and that a Brazilian of the quality of Gui Finkler is coming as well. They combine well together and I think we pulled off a major coup with those two signings.

"We're still looking for the right defenders, but we've got plenty of time to find them at this stage."