We know many players are keen to sway shirts with Lionel Messi after matches, but the Barcelona legend has released a photo showing his collection with some interesting inclusions. 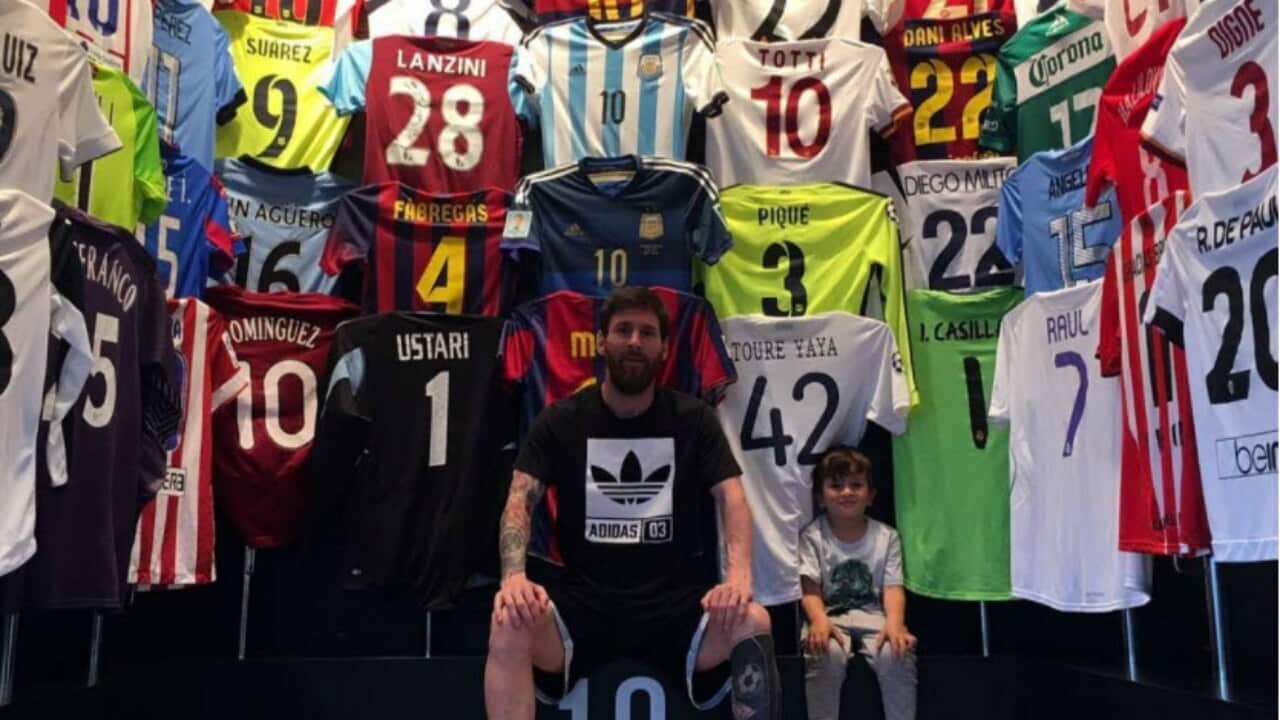 Advertisement
You can safely assume that a few players would have Messi jersey on a wall somewhere.