Argentina's Lionel Messi is used to being hacked down by desperate defenders but his statue in Buenos Aires has suffered even rougher treatment for the second time this year. 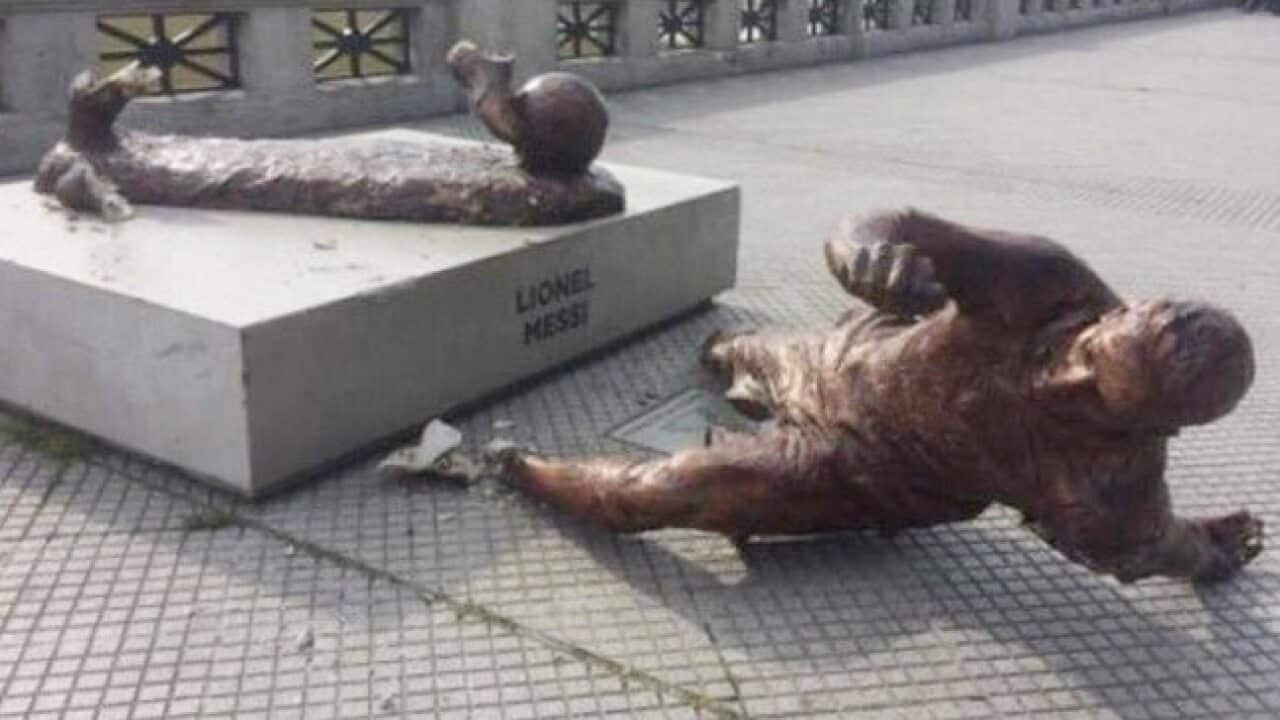 The Barcelona forward's bronze sculpture on Paseo de la Gloria was vandalised on Monday, chopped off at the ankles with the body left on the pavement.

Appropriately perhaps, given how difficult it is to pry it away from him on the pitch, the ball remained stuck to the left boot at the base of the statue.

Since being installed in June, 2016 the statue has been a regular target for vandals and in January it was cut in half at the waist.

Messi, five-times world player of the year, scored a hat-trick against Ecuador in October to secure Argentina's passage to next year's World Cup in the final South American qualifying match.

But some Argentina supporters believe the 30-year-old has been a disappointment for the national team, having failed to lead them to World Cup or Copa America glory.

Messi's Argentine lost the 2014 World Cup final against Germany and suffered defeats by Chile in the 2015 and 2016 Copa America finals.

He retired from international football in June last year but changed his mind two months later.