Mooy assists but Huddersfield knocked out of EFL Cup

Australia's Aaron Mooy has once again showed his worth for Huddersfield Town, picking up an assist, however his side was knocked out of the EFL Cup after a 2-1 loss to Shrewsbury Town. 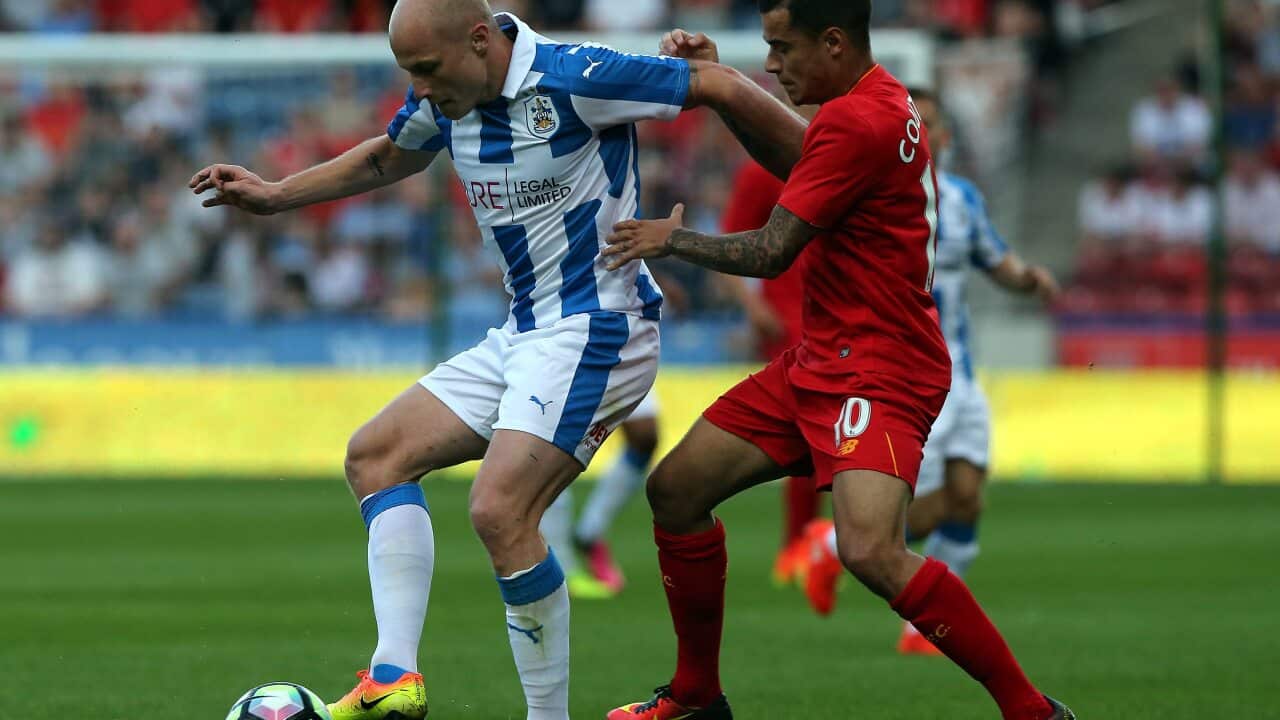 Aaron Mooy has made an impressive start to his stint with Huddersfield Source: Getty Images

Previously known as the Capital One Cup, or the League Cup, Huddersfield coach David Wagner expressed his frustration of being knocked out by a League One team.

"This hurts...what we delivered in the second half wasn't good enough," Wagner said.

One of the few shining lights in the defeat was the performance of Mooy, who produced a delightful cross for Elias Kachunga who headed home to equalize for Huddersfield in the 38th minute.

Advertisement
Mooy was once again praised by Huddersfield fans for his performance, which comes after impressive displays against Brentford, Liverpool and Oldham since joining the club on loan in July.

Shrewsbury Town took the lead in the opening minute when AJ Leitch-Smith was given too much space and was able to fire home.

Huddersfield dominated the first half and pulled a goal back through Kachunga, but Louis Dodd restored Shrewsbury's lead in the 77th minute when he finished off a counter-attack.

Huddersfield now face Newcastle United away in the Championship at midnight on Saturday night.