Australia midfielder Aaron Mooy has delivered another highlight reel moment for Huddersfield Town, producing a stunning long-range strike to give his side a 1-0 win away to Leeds United in the Championship on Sunday morning (AEST). 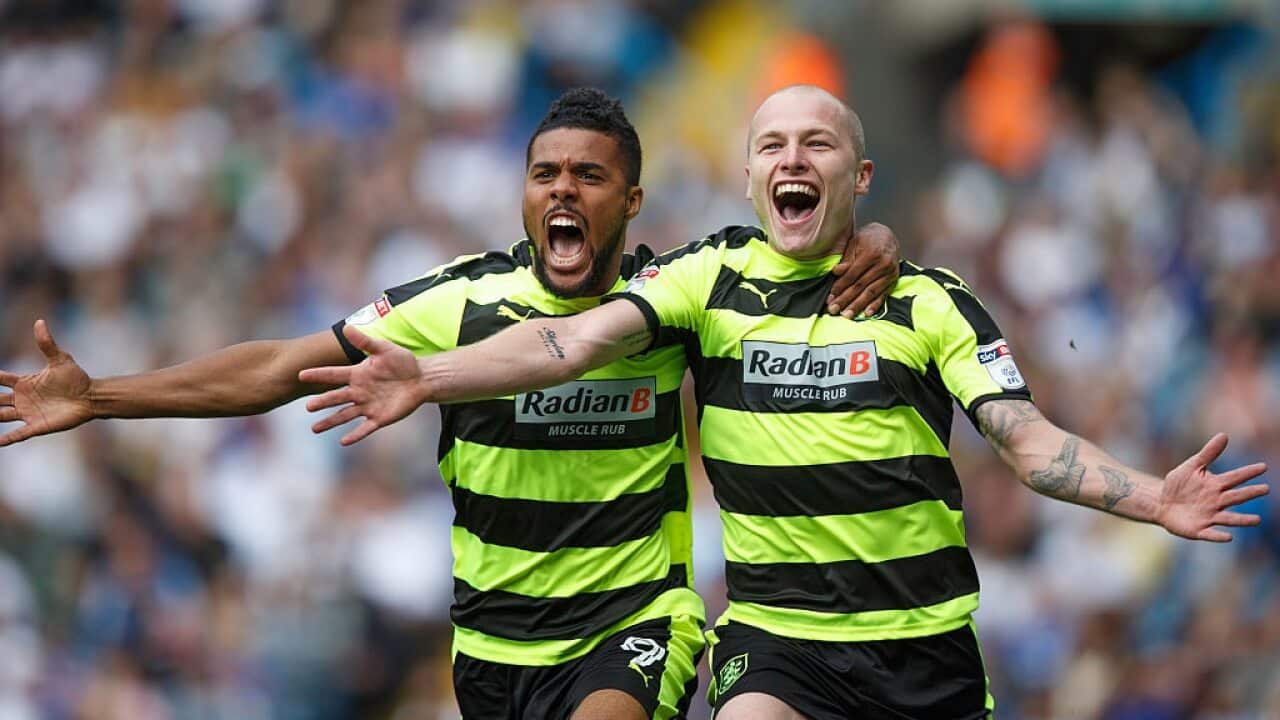 Mooy's sublime 55th minute strike marked his maiden goal for Huddersfield and maintained the Terriers' unbeaten start to the season - including five wins and a draw - to sit four points clear of their nearest rival.

The 25-year-old's star has continued to rise this season after last week being nominated for Championship Player of the Month.

While it appears the Socceroos midfielder, currently on loan from Manchester City, can do little wrong, Leeds manager Garry Monk said Mooy shouldn't have remained on the field after a lunging tackle in the shadows of half-time.

"Two-footed, off the ground, totally out of control," Monk said.

"I don't want to talk about referees. But if you see that and you can't tell me that's a sending off, I don't know what is.

"It was a horrendous tackle that he made."

Next up for Mooy's Huddersfield is a clash with Brighton and Hove Albion in mid-week action on Wednesday Septemeber 14.