Mooy's agent reveals: 'They thought I was dumping treasure in the swamp'

Aaron Mooy's agent, Paddy Dominguez, reveals the initial reaction he got from many people when he orchestrated the star midfielder's deal with Huddersfield Town was that he had done him a massive disservice. 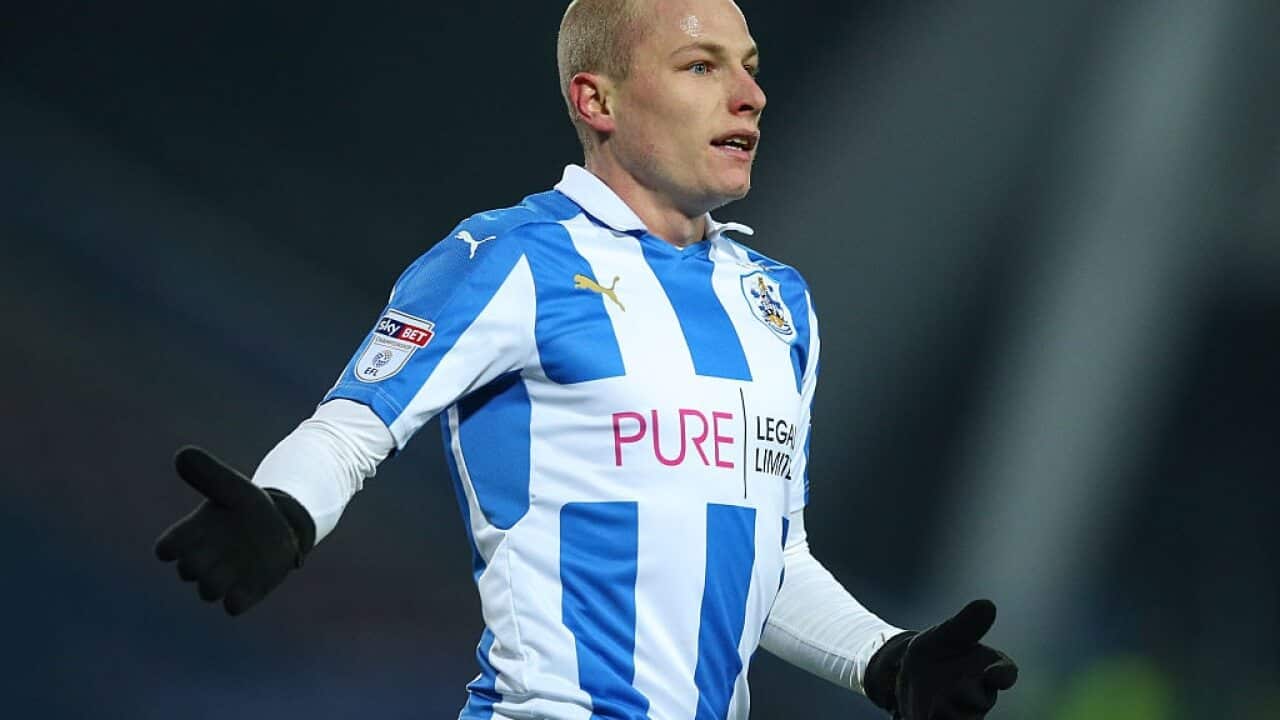 The revelation comes as Manchester City manager Pep Guardiola labelled the Socceroos star's form as 'amazing' in the lead up to their FA Cup fifth-round clash with the Terriers on Sunday morning (AEDT).

Advertisement
Mooy signed a three-year deal with City in June last year and was loaned out to Championship side Huddersfield in July, where he has been thriving ever since.

But Dominguez has revealed that the deal with met a lot of criticism.

"It felt like people were saying: 'What are you doing? You're dumping a national footballing treasure in the swamp somewhere'," Dominguez told The World Game.

"I got a lot of phone calls and text messages from people.

"I understood that to some people on the outside, with them not having done the research we did, it may have seemed that way, especially if they had gone online to see where Huddersfield finished last season (19th).

"There were a lot of question marks about why he was going to Huddersfield, people asking why had this guy who had broken all these records in the A-League ended up there?."

Most thought Huddersfield were doomed to repeat the results of last season or worse, and felt Mooy would be wasted at the club.

But much research had gone into the move.

"At the beginning of this season, some of the pundits were tipping Huddersfield would come 23rd in the championship, which means relegation, so there were a lot of eyebrows raised when we did the loan deal," Dominguez said.

"But along with the guys from Manchester City and the City Football Group, I did my homework and when the plan was explained to Aaron he knew straight away it was the right thing to do and he went for it."

A key selling-point for Mooy was the fact Huddersfield was coached by David Wagner, who had been in the coaching system at Borussia Dortmund and had a growing reputation.

"The feedback we got was that David Wagner had been a huge part of Borussia Dortmund's success in producing those teams which were full of amazing, very high quality midfielders," Domignuez said.

"That was the hallmark of those teams, so David was perfect as the guy to be able to work with Aaron one-on-one.

"He had taken over at Huddersfield halfway through last season and his record with a limited playing roster was good, so he was always going to be a manager who was going to succeed.

"He was always going to be good for Aaron, the right kind of coach to prepare him for Premier League football. Aaron's working with a coach who is of Premier League standard."

Brian Marwood, one of the main executive staff at Manchester City, met with Huddersfield and took the time to sit down personally with Mooy and ensure the move was the best for both parties, despite several other offers from bigger clubs.

"He's (Marwood) a very knowledgeable football man who did his homework and knew Huddersfield would be a good place for Aaron, so it was a team effort," Dominguez said.

"Aaron wasn't pushed into going to Huddersfield. He could have gone to far bigger teams in some of the top divisions in continental Europe, but Huddersfield is the club he chose to go to and people are seeing the plans coming to fruition now."

A great recent run of form by Huddersfield, inspired by Mooy in his controlling, midfield role, has put them back in with a chance of winning direct promotion to the Premier League by finishing in the top two.

They are in third place, five points behind Newcastle United and four behind Brighton and Hove Albion. Their place in the third-to-sixth-place playoffs for the other promotion spot is almost assured.

Speculation continues about where Mooy will play next season, whether it's on loan to Huddersfield again if they gain promotion, or whether star-studded Manchester City will decide to bring him into their squad, or whether he is loaned out elsewhere or sold.

"It's all very open at this stage," Dominguez said.

"Aaron's only focus right now is to finish the season successfully with Huddersfield. He's not thinking about next season in any shape or form - the options will present themselves.

"Man City will decide whether they see him as coming in to the Man City fold, he may go on loan or someone may make a very big offer for him and it might be attractive to the City group to accept that offer.

"They are the three scenarios available."