Neville close to fulfilling ambitious goals with the Wanderers

A win or draw against Adelaide United on Saturday night will take Western Sydney Wanderers to the top of the A-League table and also bring defender Scott Neville closer to achieving one of his biggest career goals - playing in the AFC Champions League. 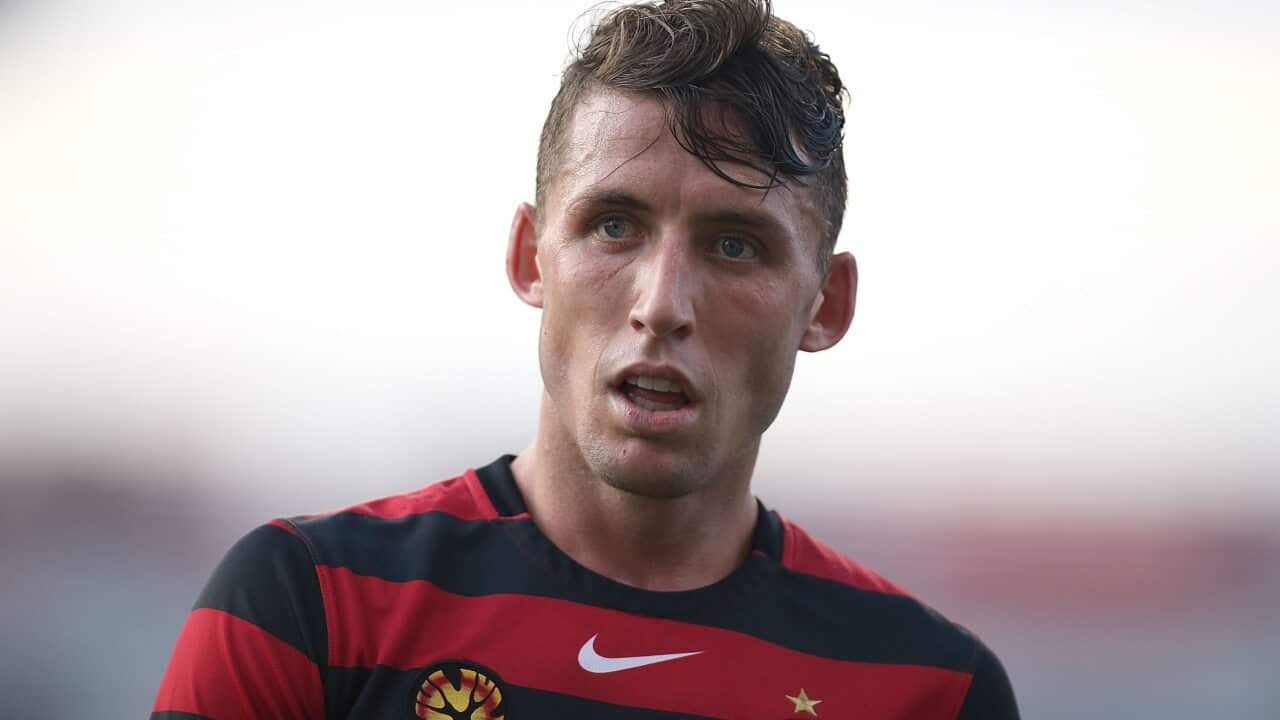 Brisbane Roar's 3-1 loss to Melbourne City at AAMI Park on Friday night has made the stakes for the Wanderers-Adelaide game at Pirtek Stadium even bigger than they already were.

Advertisement
City, which began the round in fourth place, jumped to the summit for the moment, but after this game they will be second. Fourth-placed Adelaide must win the game to go top.

With things so incredibly tight there are bound to be more twists and turns in the three remaining rounds.

Finishing the regular season first or second gives teams the first week of the finals series off while top not only clinches the Premiers' Plate, but also a place in the ACL next year.

Wanderers are going to be chasing incredibly hard to protect the outstanding unbeaten record they have against Adelaide at home, where they have won three of the five clashes.

"I've seen where we are on the table but we try to avoid looking too much into what results will mean for every team and just focus on the match," Neville said.

"The A-League is so tight at the moment that anything can happen every week. It's probably the most unpredictable season that has ever occurred, so we just focus on the job at hand and take it one game at a time and try to get as many points as we can.

"It's the only way. We know that if we keep winning we're going to be up there."

Asked where Wanderers would draw their strength of performance from against Adelaide, Neville replied: "I think our strengths come from looking after all of the small details in preparation and just working hard as a team.

"Defending as a team, attacking as a team and being just that bit more ruthless in those areas now, because it's getting to crunch time and we want to really kick on not only for the Premier's Plate but also going into the finals."

"I've come up against him five or six times," Neville said. "Every time you come up against a winger he's one of the quickest in the team and Cirio is like that, so it's nothing new.

"He plays very direct and he's a good dribbler, so I've just got to be on my toes and not dive in. I've also got to take it so him and try to get forward as much as possible, so that he has to defend as well."

Neville said he had watched a couple of the recent ACL group-stage games involving Sydney FC and Melbourne Victory and that one of the reasons he joined the Wanderers from Newcastle Jets was to increase his chances of playing in the continental competition.

"It's a great competition and the Aussie teams are playing well in it at the moment," he said. "Sydney FC and Melbourne Victory are putting on a really good show for the A-League.

"The way the Wanderers went when they won the ACL was fantastic and if we can qualify for next year's ACL it would be another great achievement by the club.

"It's a huge career goal for me, to play in the ACL. When I was playing for Perth the year we made the A-League grand final (2012), we didn't qualify for the ACL and that's another reason I came to Wanderers, to be at one of the big clubs.

"I wanted the chance to play for titles not only in the A-League but also in Asia and to get the opportunity to showcase my talents as an individual and also part of a team."