Next stop Olympics for Brown after impressive Classics campaign

After turning heads in the cycling world with a series of strong performances in the Belgian Classics, Aussie Grace Brown (Team BikeExchange) is eyeing the Tokyo Olympics as her next challenge in 2021. 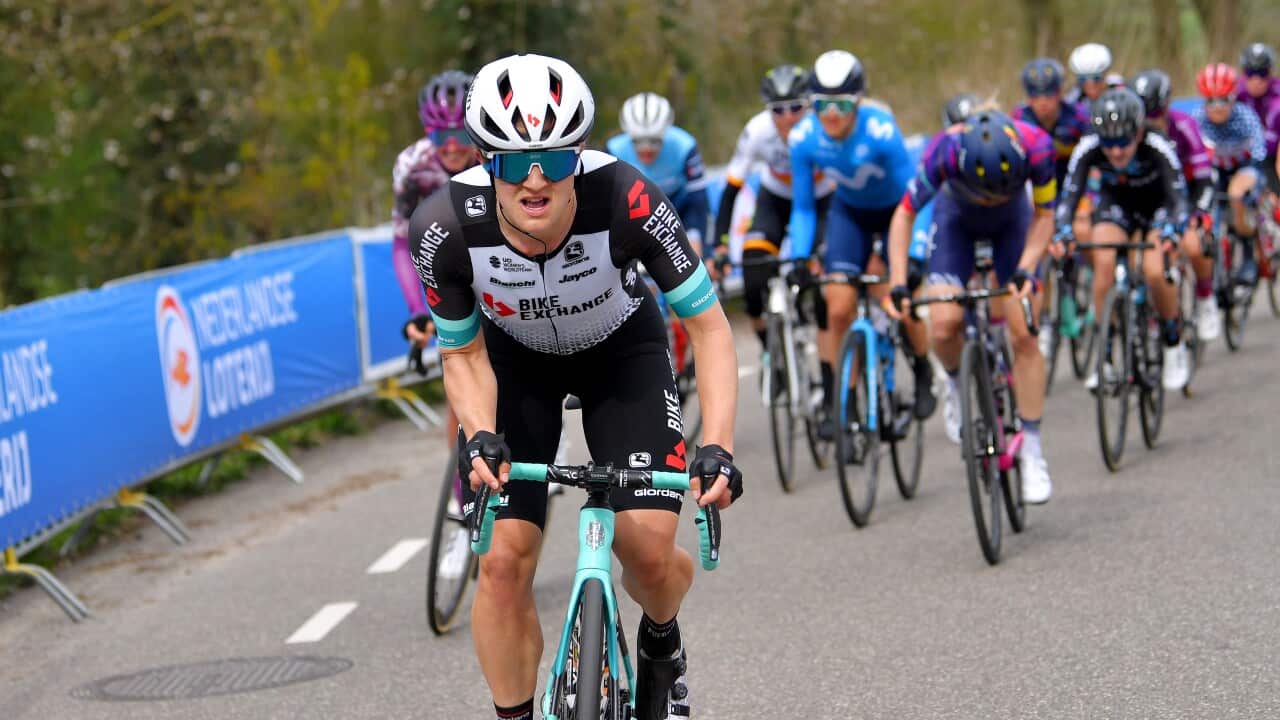 Currently taking some well-deserved time off in Italy, Brown has enjoyed a purple patch in the set of cobbled classics, with a first World Tour victory at Brugge de Panne followed by a third-place finish at the Tour of Flanders and a top-10 ride at Dwars door Vlaanderen.

Advertisement
And the 28-year-old revealed on the Zwift Cycling Central Podcast how her love of racing in the Flanders region has allowed her to work towards improving in training to turn in these recent strong performances.

"When I first got a taste of what the Belgian cobbled classics are like (in 2019) I really enjoyed them," Brown told SBS'  Christophe Mallet and Dave Mckenzie.

"From there I pinpointed them as the sort of races that I wanted to be really good at. I think when you enjoy that sort of thing you naturally start progressing towards being better at them."

Brown spoke to her motivated personality as a reason for taking to the classics so quickly and becoming one of the top riders.

"I'm always looking for ways to improve and I'm not someone who gives up or becomes complacent with where I'm at," Brown said.

"Each race I've got a new goal of how I'm going to improve on things I didn't get in the previous race and that's a constant work in progress."

Brown also recalled the experience of some of her former teammates as factors for her progression, notably now-retired Gracie Elvin and the prolific Annemiek van Vleuten, who is in her first season with Movistar after transferring from Team BikeExchange.

"Gracie had a huge passion for the cobbled classics and I think I fed off that a little bit," Brown said. "I learnt a lot from her in how to race them and how to love them."

"And watching how Annemiek wins races has been really important. I think that do-or-die attitude is something I've fed off as well."

With the Classics now in the rear view and Paris-Roubaix postponed until the end of the year, the Tokyo Olympics now loom for Brown as she eyes both the road race and time trial as part of team Australia.

"The Olympics are my next target in the upcoming season," Brown said.

"The Australian team is yet to be selected but I'm quite hopeful with my results so far this year that I'll be on that team and doing the road race and time trial there, so we'll see what I get to line up in."

While she hopes to compete in both races, Brown acknowledged the time trial would likely be her best chance for victory and a gold helmet with probable teammate Amanda Spratt looking the strongest to target a road race win.

"As the Australian team we're probably going to support Amanda as our lead rider in the road race," Brown said.

"So hopefully she gets the gold helmet and I can get a gold time trial helmet."

"Now that the Classics are over for me, I'm going to be spending a lot more time on my time trial bike, just getting familiar with the position again.

"That's going to be my focus for the next couple of months to give me the best shot at the Olympic time trial."