Olyroos go down to UAE in AFC Under-23 opener

An 85th minute own goal by Melbourne Victory defender Giancarlo Gallifuoco condemned Australia to defeat in their AFC Ur-23 Championship opener against the United Arab Emirates. 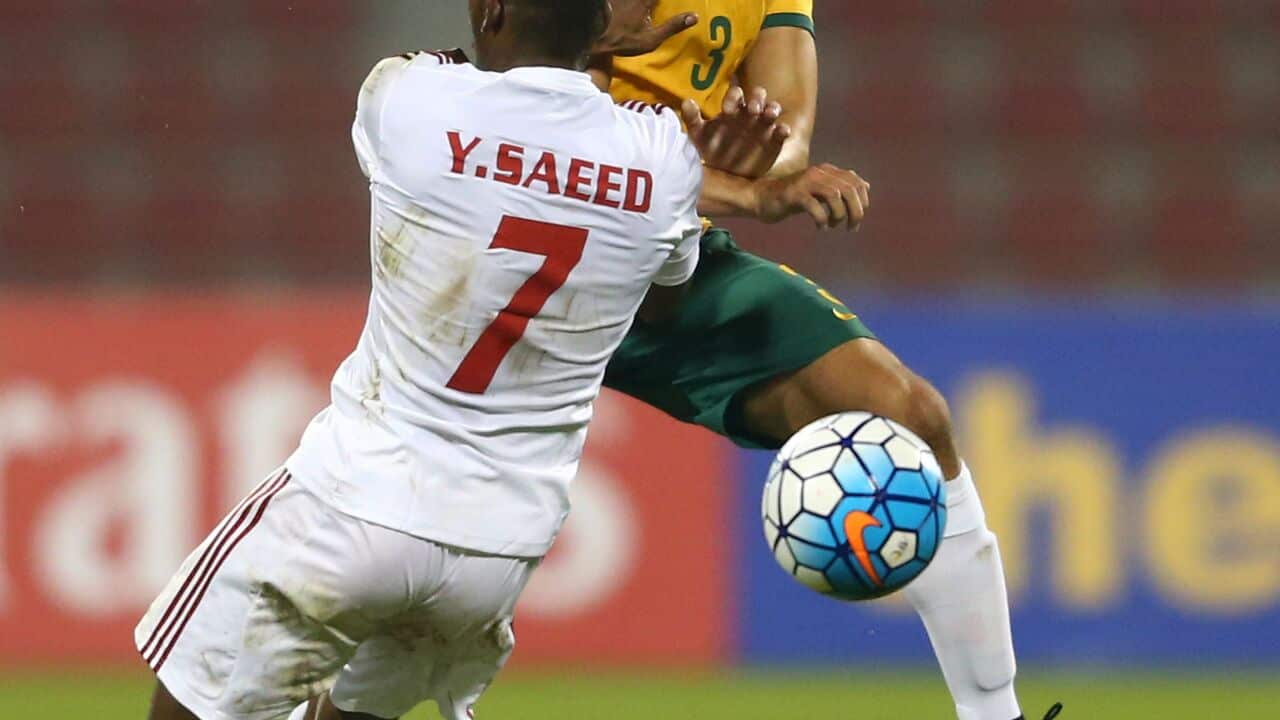 Giancarlo Gallifuoco was the unfortunate scorer of the own goal Source: Getty Images

The Olyroos dominated possession at the Grand Hamad Stadium in Doha, but they couldn't make their 59 per cent count in a match which offered few chances.

Abdalla Ghanim put Gallifuoco under pressure after the Olyroos failed to clear a late corner, and the Victory defender could only turn the ball past his own goalkeeper Jack Duncan.


Jordan's earlier 3-1 win over Vietnam means the UAE find themselves at the top of Group D ahead of the weekend meeting between the pair, while the Olyroos will face Vietnam.

The UAE had two chances at the end of the first half and only a late covering challenge from Alex Gersbach halted a promising run from Ghanim.

That was a warning sign and Sultan Saif tested Randers shot stopper Duncan with a shot from just outside the penalty area five minutes before half-time.

The UAE wasted several promising build-ups in the early stages of the second half, but it was the Olyroos who should have opened the scoring two minutes before the hour mark.

Connor Pain wasted the chance though, scuffing his effort across the face of goal from inside the area.

The UAE did manage to force the ball across the line when Duncan fumbled a header from Yousif Saeed, but thankfully for the Olyroos, the assistant referee’s flag cut short any celebrations.

Australia's coach Aurelio Vidmar was first to look to the substitutes bench, with Mustafa Amini replacing Steven Ugarkovic in midfield in the 64th minute, before attacking duo Ambar and Ahmed Al Hashmi were introduced by UAE counterpart Abdullah Misfir.

And it was Ambar who almost broke the deadlock with 15 minutes left, but Duncan was at full stretch to push a swerving effort around the post.

But Duncan was helpless with five minutes remaining when, after Australia struggled to fully clear a corner, Gallifuoco’s attempted clearance from inside his own six yard area gave the Olyroos custodian little chance.