Pain reveals it was second time lucky to leave Victory

Connor Pain revealed he had sought a move from Melbourne Victory last year, for the sake of his career, and when the opportunity finally came to leave, via a player swap, he readily accepted it. 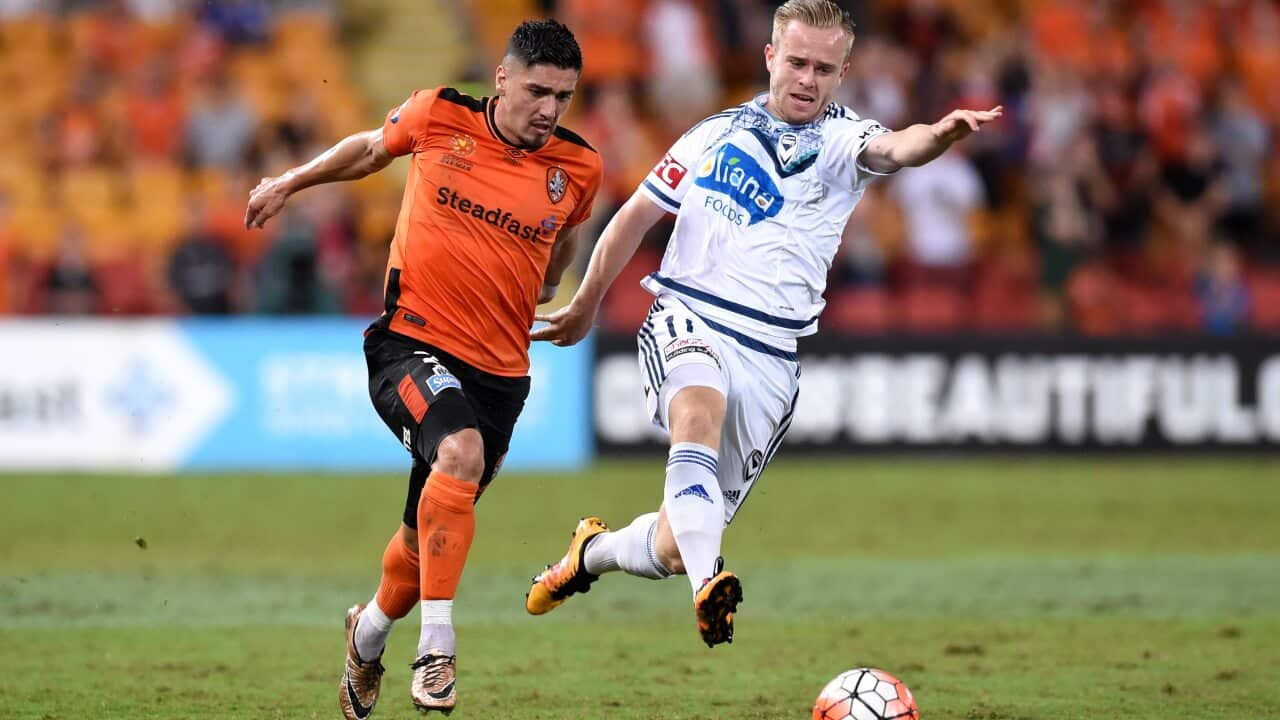 Pain, now at Central Coast Mariners, stressed there was no bad blood between himself and Victory, but said because he was hardly playing any football there, he needed to make a move with the aim of getting back on the field regularly.

When the Victory went after Central Coast winger Mitch Austin, the Mariners didn’t want to let Austin go, but the player wanted to leave and the three-time A-League champions offered Pain as a swap. Central Coast eventually agreed on that deal last month.

While it was widely assumed that Pain hadn’t sought a move away from the club, the 22 year-old told The World Game it was exactly what he needed to kick-start his career, after he was getting less and less game-time for the Victory and either playing off the bench or not at all.

"Leaving wasn’t really a problem at all, because I’d been sort of trying to get out," Pain said.

"I’d reached the stage where I was no longer happy there, obviously not playing as much as I wanted to play. The year previous I wanted to move on and it didn’t happen, for whatever reason.

"I wasn’t privy to conversations, because I hadn’t spoken to anyone at Victory about it, and my manager handles that, but they weren’t prepared to let me go at that stage.

"So it just worked out well for both parties when the swap became possible, because I couldn’t do another year there, under the same circumstances, and they got a player they deemed good enough to replace me.

"I guess both parties would be pretty happy with that, to be honest.

Left-winger Pain, 22, has a fine history of representative football in Australia's under-20 and under-23 sides and also has one Socceroos cap, but there were so many established big names in the Victory attack that it simply made it hard for him to establish himself there.

And when the amount of game-time he was getting kept decreasing, he knew he had to act if a good opportunity emerged elsewhere.

"Yeah, it just got to the stage where I thought I needed a change," he said.

"It wasn’t really one of those ‘I have to go, I have to go’ on the spot things, but when the chance did come up, I wanted to jump at it.

"Not playing as much as you want to somewhere, and another door opens and you go through.

"There were no personality clashes or anything like that, I just needed to play more, to be able to develop and improve as a player.

"I respect everything Victory did for me there. Obviously they preferred other players to me throughout the course of the time I was there and I’m actually really grateful they did let me go, over the moon that ‘Muscy’ (coach Kevin Muscat) gave me that chance.

"There’s a handshake at the end of the day and we’re all happy. There was no controversy or anything, I just needed to be playing. Hopefully, if I’m playing more games at Mariners, I can just enjoy football again.

"Getting paid to train and just play a little bit, that’s not what you want to do, and that’s no disrespect to anyone at Victory, they had very good players there.

"But after being there for three-and-a-bit years, I sort of said to myself ‘it’s not really working, is it’."

Pain said he was loving it at Central Coast, living at Terrigal and looking forward to the new season.

Things will ramp up a bit though, when the Mariners play Victorian NPL side Green Gully in a round of 32 FFA Cup match at Green Gully on Tuesday.

"I’ve been here for a month now. I’m a Melbourne boy and I’m living at Terrigal with a couple of the other boys and I’m finding it easy to settle in, to be honest. Completely different, but very enjoyable.

"Now I’m looking to make a success of the football side of it.

"I’m just happy now to be up here in a new environment and pushing towards the start of the season. I know I’m capable of being a regular starter and I can show that."

"They’re the guys whose heads I want to be trying to put the ball on when I cross it," he said.

"We’ve had a couple of friendly trial games and I’m starting to build some good combinations with the other guys.

"I get to the ball to them, they get the ball to me. I need to be able to link with them as well as possible.

"We’ve already had some encouraging signs as a team. The recruitment has been fantastic. We’ve picked up some really good players and we’ve put together a very solid outfit."