Peninsula Power not backing down against FFA Cup champions City

They may be a team made up of tradies, office workers and students, but Peninsula Power captain Trent McEvoy says his side won’t be backing down when they take on reigning FFA Cup champions Melbourne City in tonight’s FFA Cup Round of 32 clash in Brisbane. 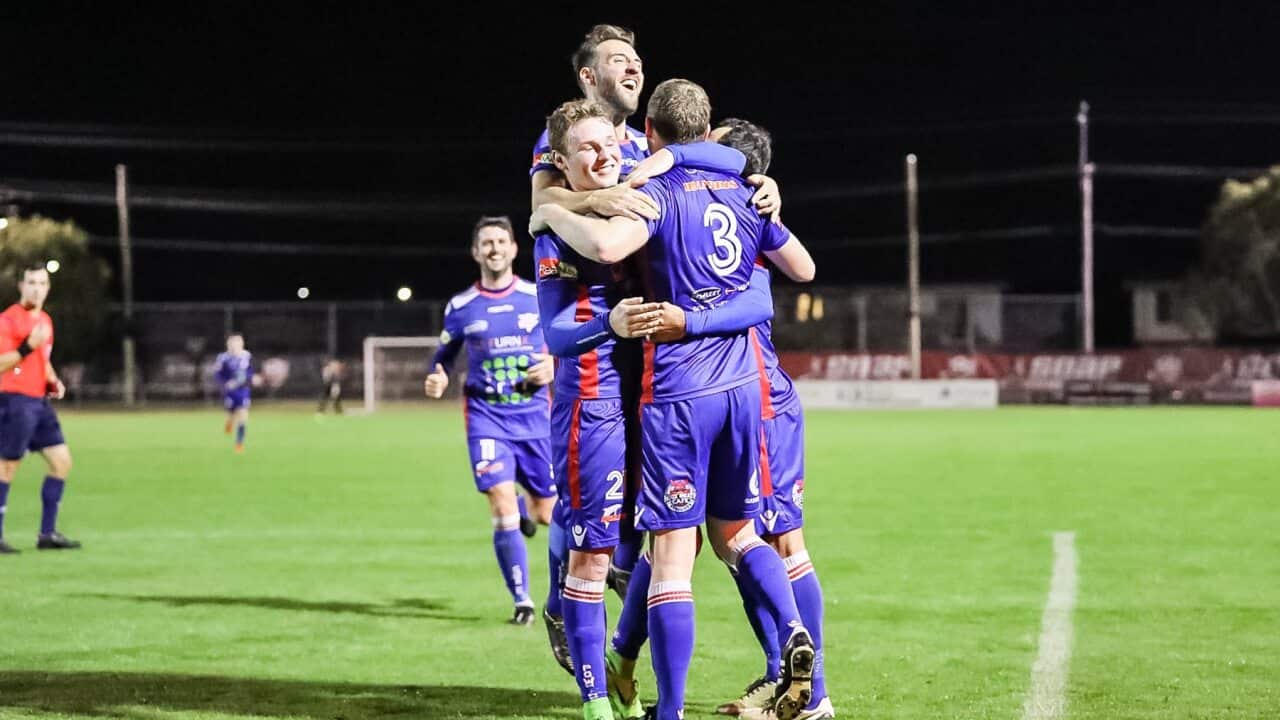 Brisbane Premier League side Peninsula Power, who play three tiers below the A-League, are set for arguably the biggest match of the club’s history against high profile outfit Melbourne City.

Despite their looming David versus Goliath battle, the side based in Redcliffe, 25 minutes north of Brisbane, are determined to throw everything they’ve got at their A-League opponents.

“It is a massive gulf in class on paper between Power and Melbourne City but that’s what has us so excited. It is not often you get to play against some of the best and we are certainly going to try and match them and see what we can do,” McEvoy said.

“While it is a bit of a novelty to play an A-League side we are not coming into this game just to make up the numbers.

“We have been working really hard to get to this stage and we’re not going to give up now just cause we are playing Melbourne City.

“We are not going to sit back and defend for 90 minutes, instead we are going to test them and see how far we can push them which hopefully helps us cause an upset.”

While Melbourne City Coach Warren Joyce has declared marquee star Tim Cahill won’t take part in the match, McEvoy said it has been an unusual experience preparing to take on their A-League idols.

“It is a huge deal to think we have been given the chance to take on players we usually would need to pay to see play,” he said.

“We work our normal 9 to 5 jobs and train two nights a week whereas these guys are some of the top professional players in the country.

“It has been quite surreal going through the team meeting and having the coach tell you that you'll most likely be marking up against Bruno Fornaroli.”

With Peninsula Power’s home ground AJ Kelly Field deemed too small, the match has been moved up the road to Dolphin Oval, the 8000 seat home ground of Queensland Rugby League side Redcliffe Dolphins.

With their moment in the spotlight only hours away, the passionate club is ready to cheer their boys to new heights.

“Many of the boys took the day off work today and the club booked us into a hotel so we can really soak this whole experience in as a team,” McEvoy said.

“Everyone at the club is buzzing and have worked hard to make the most out  of this incredible match. From our junior teams right up to the seniors as well as the Redcliffe community, there has been an incredible atmosphere leading up to the match and hopefully we can get a huge crowd to cheer us on at Dolphin Oval.

“Melbourne City is used to playing big games on the big stage so we are going to head into this game with no fear. We have no expectations for this match, we are going to lap up the moment and give our best possible performance.”