Trips right across the continent to Perth are something Sydney FC midfielder Brandon O’Neill would never complain about due to the chance it gives him to catch up with family and his long-time girlfriend. 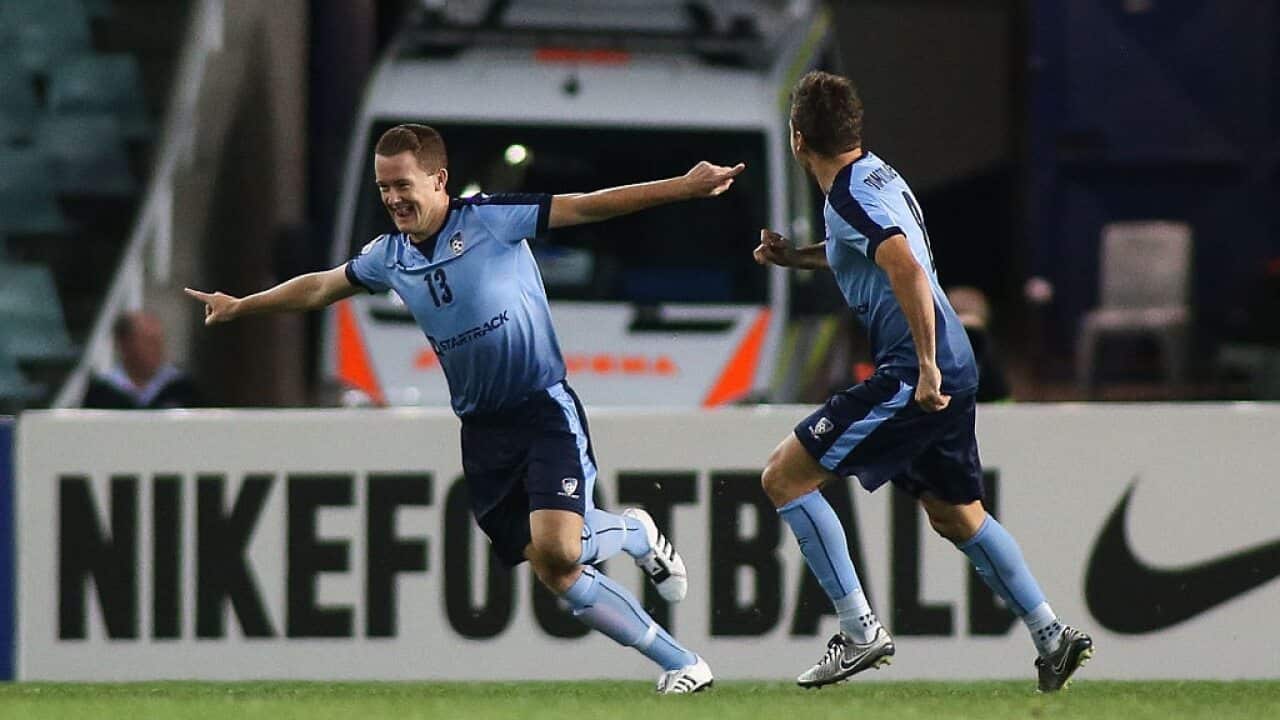 O’Neill, 22, told The World Game that he and his girlfriend, Nicole Blank, have been together for about five years but are forced to spend most of their time apart at the moment because of their devotion to their respective careers.

He said they met while they were still attending schools that were a few minutes apart in Perth, and that their relationship had stayed strong despite becoming a long-distance one for the time being.

"Nicole is already a qualified Sonographer, but she’s studying for her Masters in Sonography and also working full-time over here," O’Neill said from Perth, where Sydney will play the Glory at Dorrien Gardens on Tuesday night in a Round of 16 FFA Cup tie.

"She got another 18 months of her degree to do and then when she finishes that she’ll be able to travel anywhere in the world and work in X-ray and ultrasound, which is pretty exciting for her."

O’Neill, who made his A-League debut playing for Perth, received an offer to switch to Sydney before last season, at which point he and Nicole sat down to discuss their futures.

"We weighed everything up, whether she was going to come over or not, and we agreed she has worked so hard and put so many hours of study into her uni degree that she needed to complete that," he said.

"I would have felt so selfish if I’d asked her to come over and leave everything just for me. She has to live her life as well and she needs to finish off her studies and she’s getting closer to doing that now.

"Once she has her full Masters she can travel anywhere in the world and she’ll always have that ability to find a job, which will be great for both of us.

"She’s one of the hardest-working people I know and I can’t thank her and my family enough for the support they have given me."

O’Neill said it would be great to catch up with Nicole and his family, including mum Lorraine and dad Myles, after the game, but before it - he is concentrating on the job he had to do against Perth.

"My mum and dad, my sister, my nan and grandad and a couple of aunties and uncles are all over here in Perth," he said.

"They all want to come to the game and I’ve been working on snagging a few extra tickets for them. It’ll be nice to see them all in the stands after this game.

"I spent a large chunk of the off-season back in Perth seeing family and friends and I had a nice holiday with Nicole as well.

"We play Glory twice in Perth during the A-League season, which is obviously good for me.

"Nicole and I have been together for coming up to five years. We’ve been pretty grown-up about the situation and it’s great to have her support even though we have to spend a lot of time apart.

"She comes over to Sydney when she can get time off work and I see her when I come back to Perth. We make it work and so far, so good.

"Obviously pre-game I’ll do what I always do before games to prepare and after the game is finished I’ll be able to see my family and Nicole and friends in the stands, but business first before that.

"Mum and dad and the rest of my family have always supported me in my football career and it’s going to be great to catch up with everyone."

O’Neill is very familiar with many of the Perth players, whom he either played with at the Glory or in junior football.

He said Sydney had prepared very well for the match, with a good set of results in pre-season so far.

READ MORE
Welcome to the inner sanctum: A night on Sydney FC's bench

"It’s a real confidence-booster knowing the guys have gotten through a lot of work at training and played big minutes in games," he said.

O’Neill said he was excited about the recruitment Sydney had done during the off-season and was looking forward to linking with the options he had ahead of him, while playing in the holding midfielder position.

"My role will be similar to last season, to defend and break up play and also to start the play and attack," he said.

"I aim to improve on what I did last year, there are still areas of my game that need fine-tuning.

"I’ve got a great relationship with Josh Brillante and Milos Dimitrijevic in the midfield and I’m looking forward to working with them because we’re the engine room of the team and we’re developing a really good understanding."