Former A-League leading scorer Adam Taggart has had to wait patiently to re-start his career in Australia but now that time is near and he doesn’t mind admitting he wants to be deadly for Perth Glory this season. 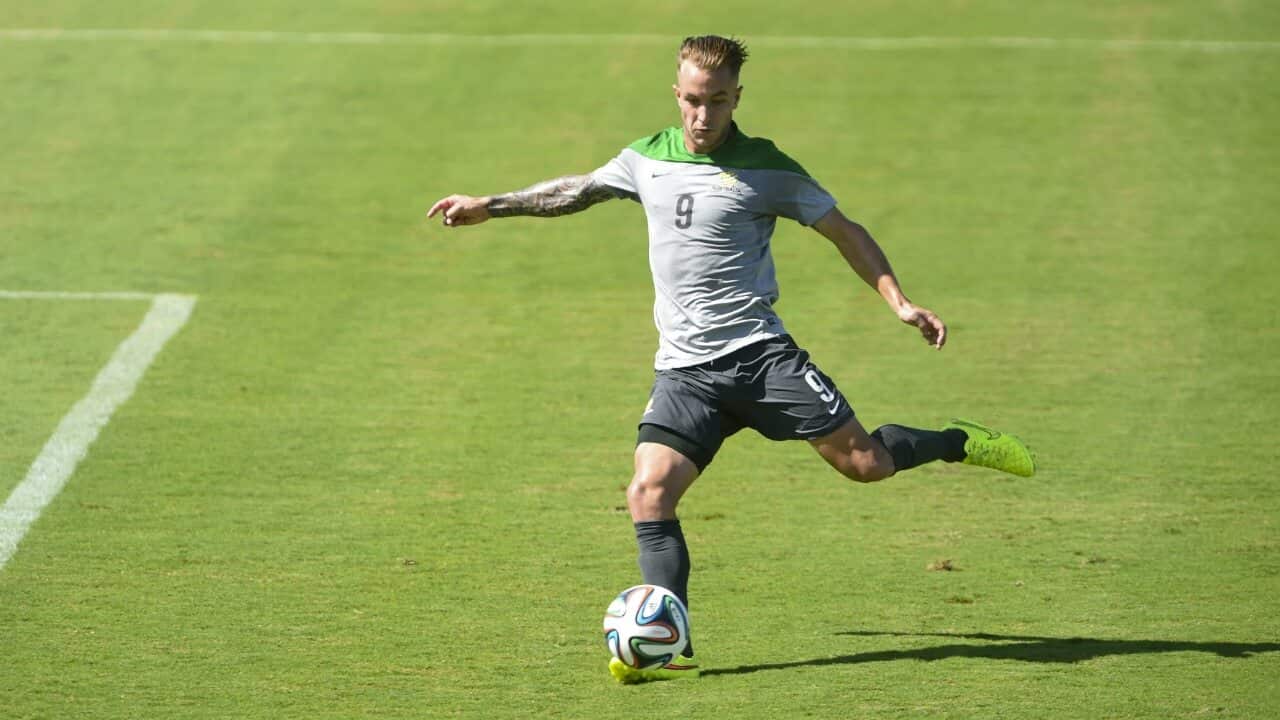 Asked about the excitement of the Perth fans and their expectation that there will be plenty of goals from the Glory, particularly with the likes of himself and Andy Keogh available up front, Taggart replied: “I mean, everywhere I play I’m always thinking about goals.

“That’s the most important thing to me in football, you know, apart from winning, so I’m looking forward to playing up front with Keogh and we’ve (Diego) Castro and a lot of really exciting players.

“So, you know, for me and everyone in the squad I think we’re looking to really have a go this year and show everyone in WA that the State has produced many good players and now we’re putting it all together.

“And I think everyone is looking forward to it as much as I am.”

Perth have made a point of bringing local talent back into the playing pool and have 14 home-grown players, including Taggart, in the squad for the upcoming season, alongside some terrific signings they have made from overseas in recent years, including Keogh and Castro.

Taggart is aiming to get his career back on track after he headed overseas following the 2013-14 season here, when playing for Newcastle Jets he zoomed home to win the A-League Golden Boot with 10 goals in the last 11 rounds and a total of 16.

He represented Australia at the 2014 World Cup before joining up with Fulham in the Championship in England. Injury problems at the worst possible time hurt his chances there and he was eventually loaned out to Scottish Premiership club Dundee United.

Taggart signed for Glory last January, but was unable to play in the second half of the A-League season because of a FIFA rule that restricts players from playing for more than two clubs in one season.

Recently, Taggart has been restricted by an ankle injury he sustained at training, but now he is raring to go again and has been named in the squad for Perth’s FFA Cup round of 16 game against Sydney FC at Dorrien Gardens on Tuesday night.

“I’ve been fully training for the past couple of weeks, so everything is looking good,” Taggart said. “It’s good timing to be over that now, coming into the next few important games and especially the game against Sydney.

“So, personally, I’m feeling really well and probably the best I’ve felt in the last couple of years as well.”

Taggart said it was difficult to have to reconcile with not being allowed to play straight away when he signed for Perth, but that in hindsight the delay had its positives.

“Yeah, it’s definitely been difficult in a way, but at the same time it has sort of gone as I planned in one way. Come back and get my body right, mentally prepare for next season and make sure it’s a big one.

“It’s been a disappointing time the last few years and coming back here was part of the turnaround to that, so everything has gone according to plan and as difficult as it was only being able to watch last season it’s exciting times for me coming into tomorrow night and more importantly the season.”

Taggart, 23, said he would naturally love to break back into the Australia set-up, but that he had to be patient and concentrate on making a success of his return to the A-League first.

“Oh, look, everyone wants to be part of the Socceroos and to me it means an awful lot,” he said. “But at the same time it’s all about week-to-week performances and trying to improve myself every day.

“The important thing is to focus on the right things and that’s improving yourself and doing as much as you can for the team and I’m here at Perth Glory and that’s my main focus.”