Former Western Sydney Wanderers defender Shayne D'Cunha is hoping spending time training with Wellington Phoenix secures him a move back to the A-League. 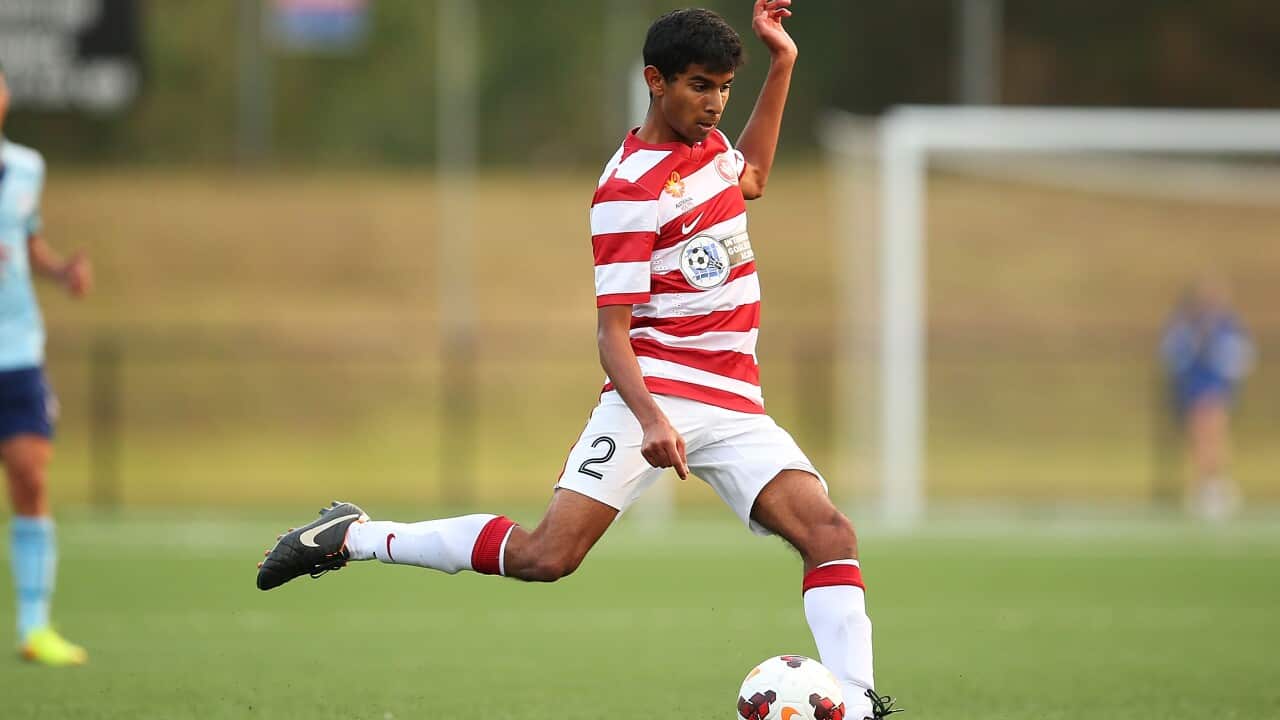 Wellington coach Ernie Merrick will evaluate D'Cunha in a trial game against Central Coast Mariners at Knox Grammar School on Saturday, before the 20-year-old returns to his NSW NPL club, Blacktown City, for an important date on Wednesday for their FFA Cup quarter-final against Sydney FC at Sydney United Sports Centre.

"We lost centre-back Zac Cairncross after 20 minutes and Shayne came on and played the rest of the game," Blacktown coach Mark Crittenden told The World Game.

Advertisement
"Wellington have been in Townsville this week and Shayne went up there on Monday. They're coming back down to Sydney for a trial game and he'll have a run against Central Coast and then rejoin us and get ready for Wednesday night."

D'Cunha originally played for Blacktown City before joining Western Sydney. He played two A-League games with Wanderers in the 2014-2015 season, but did not appear in the top grade last year and was released at the season's end.

He rejoined Blacktown, where Crittenden has several players who have either played A-League before and are aiming to get back to that level or who haven't played A-League yet but have the potential to get there.

Merrick is a proven wizard at identifying young players who are capable of rising from the lower ranks around Australia to the A-League.

He does his homework, watching NPL games in the flesh and having a closer look at players in training and trial-match conditions, like he is doing with D'Cunha.

It is not unusual for Merrick to size up players and, if he is impressed by them but thinks they need further development at NPL level before they are ready for A-League, revisit the possibility of signing them at a later date.

He signed striker Blake Powell, a former Sydney FC striker, from NSW NPL club Apia Leichhardt last season. Powell had a successful season with Phoenix, but was released at the end of it because he wanted to return to Australia. He is now with Mariners.

It remains to be seen whether Merrick thinks D'Cunha is ready for a return to the A-League now, but even if that is not the case it won't mean it can't happen for the player with Wellington or another A-League club in the future.

"What I've tried to do is have a look at players in four States over here in Australia," Merrick told The World Game.

"I signed Adam Parkhouse and we've got a couple more players in with us at the moment that we're having a look at.

"I've been to watch all the top NPL teams because I don't want to miss any up-and-coming players playing at that level. This is how we find players from obscurity.

"And if they're promising but this isn't really the right time for them, I don't write them off. I'm not one to say to a young player that this is his first and last chance. Sometimes they need more time and you've got to keep track of how they develop at their clubs.

"When I've got players in for a trial I like to coach them and work with them and see how they fit into our system and try to give them a trial game, whether it's intra-club or against another team.

"Shayne D'Cunha will get a run against Central Coast and we'll see how he goes."

It may be that D'Cunha needs further physical development before he is ready to return to the A-League.

"We're going to have to put a bit more beef on him. But he reads the game well and I think he's definitely got a good future in the game, for sure.

"Wellington asked if Shayne could play in the trial match and I said I'd appreciate it if he only had 45 minutes, since we've got the FFA Cup game on Wednesday. Ernie Merrick said 'not a problem'. The A-League clubs go about things very well when they're having a look at our players."