In the wake of a damning report into match-fixing in semi-professional tennis, one state football body says it has no policy on the distribution of live betting data from matches most at risk of being corrupted. 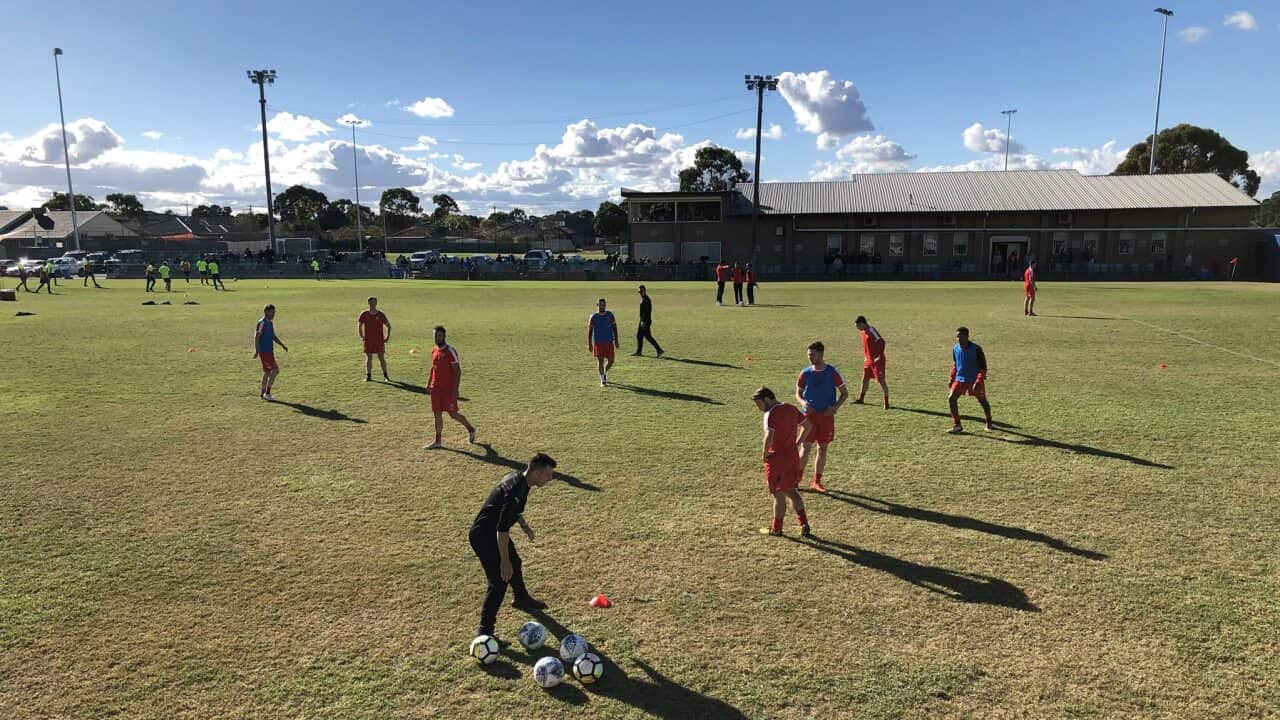 Games from the semi-professional and amateur levels of Australian football, where players are easy targets for criminal match-fixers, are regularly available for live betting on obscure international websites.

These include games from the NPL Victoria 2, the league where police recently investigated one team’s performance against Melbourne City’s youth side.

Last weekend’s clashes between Moreland City and Sunshine George Cross, North Geelong Warriors and Langwarrin and Murray United, a team based in Wodonga, and the Moreland Zebras all appeared on BetCity, a little-known site seemingly operating out of the UK.

Advertisement
The recent match between Box Hill United and Werribee City could be bet on through LiveBet, a site registered on the Caribbean island Curacao, as well as the South African BET.co.za and the Bitcoin-specialist platform Cloudbet.

Even matches from the second division of the Victorian State League can be found on the LiveBet site.

This is despite live online betting being illegal in Australia under the Commonwealth’s Interactive Gambling Act.

Sports integrity expert and former chief of the Australian Sports Anti-Doping Authority (ASADA), Richard Ings says the presence of betting on such off-Broadway games is concerning.

“The reality is that all sports with betting markets are vulnerable.

“With spot betting markets it only takes one player in a team to be involved, as we saw recently in the UK, where the market related to getting a red card.”

Football Federation Victoria (FFV) also acknowledges that ‘sub-elite’ games are the most vulnerable to match-fixing due to the low wages that players receive and the lack of oversight.

How is the data getting there?

It drew links between the betting markets that have developed as a result of these deals and a recent increase in suspicious matches played by semi-professional players.

The report noted that lower-level matches, where players struggle to make a living, were especially vulnerable to fixing, and criticised the ITF for failing to “appropriately assess the potential adverse effects” of deals it signed that allow betting on matches at that level.

However, unlike tennis, it appears that betting on local football matches is occurring without the official consent of football authorities.

Neither Football Federation Australia (FFA) nor state bodies like the FFV are believed to have contracts in place with any live data providers for competitions below the National Premier Leagues, the top tier of state football.

Instead, the data appears to be collected by ‘data scouts’, who turn up to games unannounced, and distribute play-by-play information to the international betting market.

A documentary for Background Briefing on ABC Radio National last year revealed that the international gambling market is so hungry for betting events from the Australian time-zone that one major sports data company was secretly sending data scouts to suburban sporting events.

These included midweek basketball competitions in Hobart and Canberra, and volleyball games in South Australia.

“Yes, and the more poorly attended the game; the easier it is to spot them," Mavroudis said.

“They'll be assigned a matchday by the overseas contacts, usually both the reserves and senior game, and they're then expected to be at the ground half an hour before kickoff. They'll be expected to note the crowd and the weather.

“And then when the game starts, they'll be providing updates on possession, territory, goals, red cards, and depending on how much information the company wants, yellow cards, corners, and throw ins as well.”

While Basketball Australia has introduced a policy to keep data scouts out of its venues, it appears they can operate with impunity in most Australian football grounds.

In an email to The World Game, the FFV said: “We don’t have a policy on distribution of live data, other than that we cooperate with and operate within the framework of state authorities, federal authorities and the FFA.”

It is believed that this situation is the mirrored in other states around the country.

“Realistically, I don't think there's much that clubs or the federations can do to stop data scouts,” Mavroudis said.

“My view is that sports can only do so much ... This is more a regulatory issue. Governments need to get involved and regulate to safeguard sport,” Ings said.