Besieged Josep Gombau will lose the backing of Western Sydney Wanderers management before he loses the dressing room, according to former Wanderland great Ante Covic. 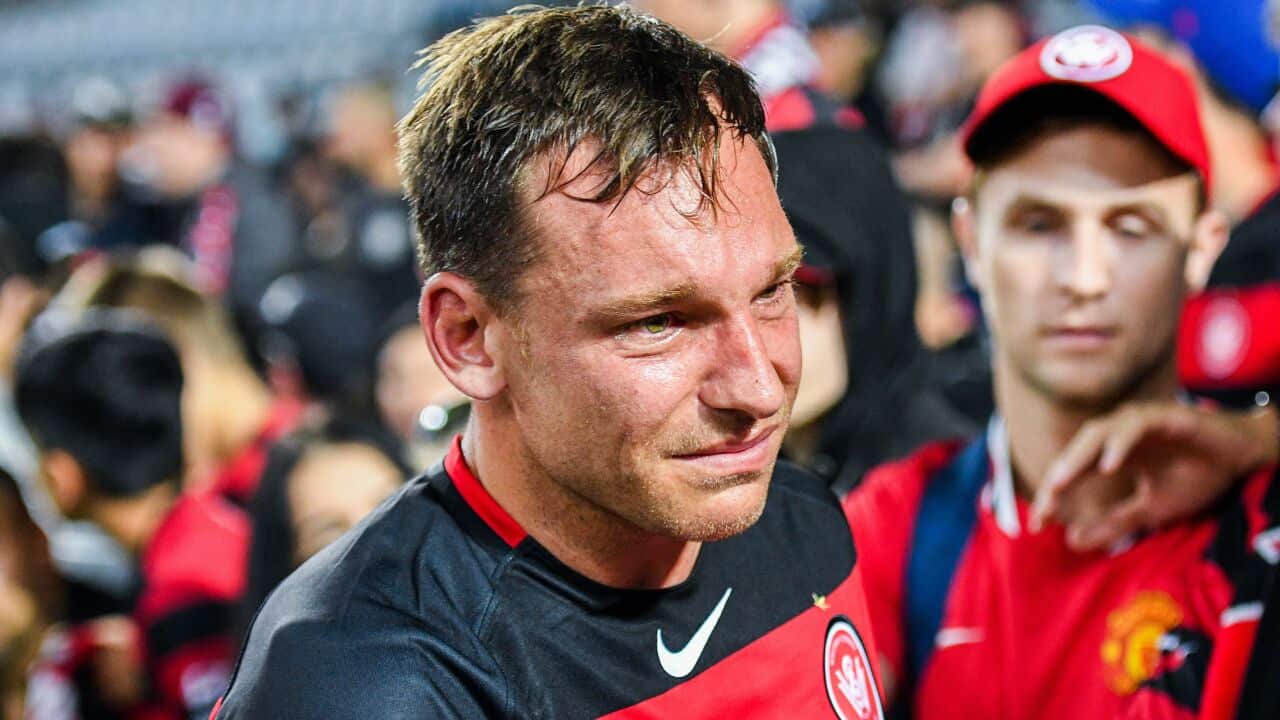 The Spaniard is facing an inquisition just four games into his tenure after only one goal and one point - and the embarrassment of Saturday's 5-0 drubbing at the hands of bitter rivals Sydney FC.

The fans, spoiled by success during the Tony Popovic years, are on the brink of outright rebellion and Gombau's players are struggling to adapt to a fluid, free-wheeling playing style diametrically opposed to the rigid scriptures preached by Popovic.

Despite the upheaval, Covic - who wrote himself into Wanderers folklore as the MVP of the club's fairytale 2014 AFC Champions League final victory - believes the squad Gombau inherited from Popovic, on the eve of the season, will not throw him under a bus and are capable of challenging for honours this season.

However, if results continue to elude the ninth-placed Wanderers, Covic is not so sure how far the patience of owner Paul Lederer and CEO John Tsatsimis will stretch.

"Gombau has come in with a very different set of ideas to Popovic," said Covic, who played 97 appearances across three seasons as the club's foundation goalkeeper.

"The question is how long will it take, and how much more pain will there be, before we start seeing results?

"While Gombau started slowly in his time with Adelaide before success came, there's a difference in the amount of pressure at Western Sydney.

"When I was there, we hit the ground running and the support was phenomenal. Pound for pound they are the best supported club in Australia.

"There's an ongoing expectation to repeat the success we enjoyed in the first few years.

"The fans expect you to always be up there."

Despite players privately expressing their concerns over the stark transition in playing and management styles, Covic senses no mutiny in the ranks.

"I don't think Gombau will lose the players. I know his personality and he's a great man," he said.

"He's a person that every player I have talked to has believed in.

READ MORE
Five things we learned from A-League Round 10

"He's approachable and he looks after players ... the players will want to do well for him.

"He has a good bunch of players and he certainly won't be throwing in the towel.

"But it's a results business and if they don't come, there's a point where the club might say 'well are we not winning games .... it's not working. What do we do about this'?"

Covic said the club would have been aware that hiring Gombau to fill the void left by Popovic's shock departure on the eve of the season, might not produce instant dividends.

"I think they would have known he is a person who would take time to develop the way he wants to play," Covic said.

"I expect he will be given the time because he is respected.

"There is a lot more pressure on himself and the players solely because of who the Wanderers are and what they represent.

"The fans will not be sitting idly by and saying 'no problem, we will wait'.

"That's what comes with being a big club in Australian terms. They have the base of a good team and there should be no excuses."

Former Socceroos backup Covic, now plying his trade in the NSW state league for Rockdale Suns at the age of 42, said the difference between Popovic and Gombau is "like chalk and cheese".

"When I was at the Wanderers, Tarick Elrich joined Adelaide under Gombau and he's a lot more relaxed than Popa," he said.

"He makes things more enjoyable in a football sense.

"You don't have the pressure and discipline that you have under Popovic.

"Gombau is a players' manager, who will do anything for his team.

"He won't deviate from what he believes is the best way to play football, no matter what the pressure.

"That may take time but I don't see him changing the way he operates.

"For me, the players have to rediscover how to win again, while at the same time adapting to the system put in place by Gombau."