Polkinghorne thriving to star for Matildas at Rio

Australia co-captain Clare Polkinghorne can’t wait for the opportunity to play in the Rio Olympic Games after injury ruined her hopes of taking part in the 2015 FIFA World Cup. 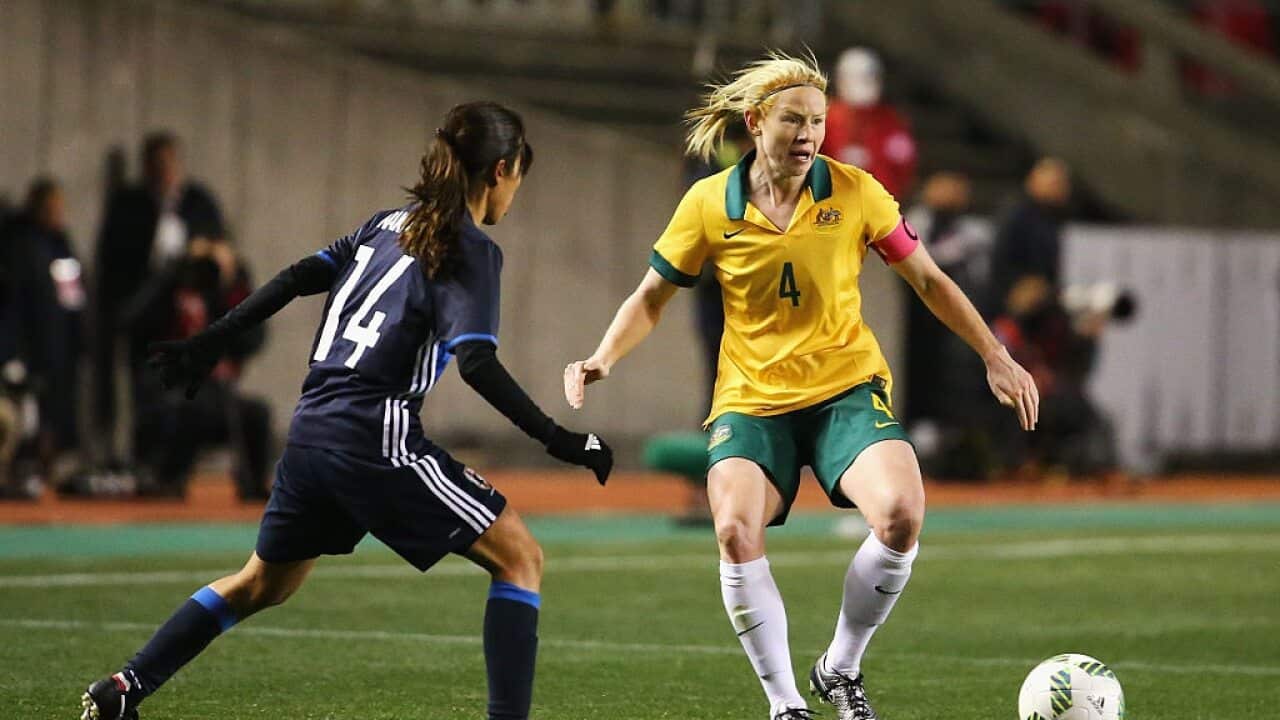 Polkinghorne was all set for a big World Cup in Canada before she sustained a hamstring injury at training on the eve of the opening match.

Advertisement
Ruled out for the first two matches, she continued to sit on the bench and never got a run at the tournament because of the Matildas’ strong performances, with coach Alen Stajcic not wanting to change an in-form defensive combination.

Australia were eventually eliminated by Japan in the quarter-finals.

But Polkinghorne fought her way back into the starting line-up and is set to be a key player at right-back in next month’s tournament in Rio.

Speaking from Brazil, where the Matildas have been preparing for just over a fortnight, Stajcic told The World Game he was glad to see Polkinghorne back in the team for a major event after she had taken the previous setback so well.

“You couldn’t have asked for a better person around the group last year. She could have easily thrown the toys out of the cot and had a dummy spit when she got hurt, but she was probably the most professional player we had in the team.

"Despite her own personal hardship during the World Cup she was a brilliant person to have there.

"She understood what was happening and how it evolved that way and I guess the test was that by the time we got to February-March this year she had earned her spot back in the starting line-up.

"All she has ever done since is work hard."

Stajcic said that among the playing group Polkinghorne was a positive influence off the field as well as on.

"She’s probably our most important player off the field. She’s stable, everyone knows they can rely on her, and she’s probably the most mature player we’ve got in our team.

"All of those aspects are very important, and then on the field we know what she can do. All those characteristics that we see off the field apply on the field as well, including that toughness.

"She just gets in there and has a go all the time and I’m looking to seeing her get what she deserves by playing at the Olympics."

Australia play their biggest warm-up match in the lead-up to the Olympics when they meet Brazil at the Estádio Presidente Vargas, in Fortaleza at 5am on Sunday morning (AEST).

Stajcic said the decision to arrive in Brazil early and get used to the conditions was an important step in ensuring the Matildas have the most successful tournament possible.

“We’ve played three friendly matches. We were going to play another one ahead of the Brazil game, but we cancelled that and concentrated on continuing to train instead," he said.

"We’ve got our game against Brazil on Saturday and then another friendly in Sao Paulo when we get there and then we play Canada in our first group game at the Olympics.

"It took a good week for the players to adjust to all of the travel from different places around the world, with the jetlag and the different climate, so I’m really glad we came over early and gave ourselves a chance to adapt.

"We didn’t need that extra game going into the clash with Brazil. We’ve been working hard, so we’ll keep pretty fresh for that match now."