Stajcic believes the Matildas are soaring to new levels

The Matildas are back together again for the first time since brilliantly qualifying for the Olympic Games, and coach Alen Stajcic says the difference in them since that success is clear to see. 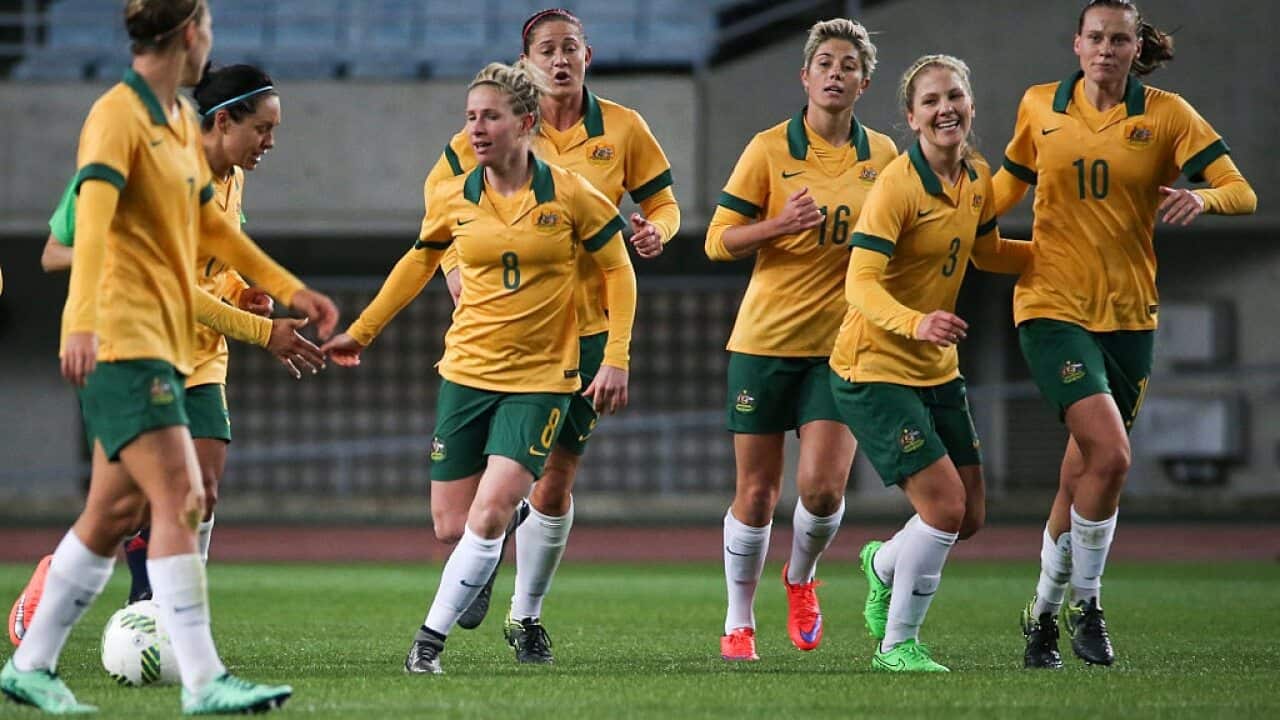 They were already good, but Stajcic said their levels of confidence and self-belief have soared as a result of their conquest in March that set them up for Rio de Janeiro in August.

“I think that qualifying tournament was the first time we’ve really had a sense of maturity around the group,” Stajcic told The World Game. “As a team they have grown to a new level and they’ve definitely brought that back into this camp.

“There’s definitely a high degree of professionalism around the group, a willingness to do the hard work, a positive mentality, you can just feel it around the group. It’s just so much higher than what it was before. That comes with being successful and also developing and maturing as a group.

Australia will play New Zealand’s Football Ferns at Morshead Park Stadium in Ballarat on Saturday afternoon and again at Etihad Stadium on Tuesday, when the game will be the first leg of a double-header featuring the Socceroos up against Greece.

Asked what he expects from the Kiwis, Stajcic replied: “They’re a tough opposition. We played them last February and beat them 3-2 and then we played them just before the World Cup and that was a 3-3 draw.

“They’re an improving opponent as well. They’ve certainly developed the squad they’ve had for the last four or five years. There are a lot of girls now in that team with 70, 80, 90, up to 100 caps who have been together for a while, so they’re a strong unit, and tough.

“They fight to the death and they’re a very competitive team on the international stage.”

Stajcic said that since it was the last time the Australian-based and overseas-based players would be together before they met up again in Brazil he didn’t want to waste a minute.

“These are the only games we’ve got together before we get to Brazil, so it’s very important for the players to put their best foot forward and try to make sure of their place in the squad and also for our team to keep improving our cohesion and our teamwork and our style of play.

“It’s a really important time. We don’t get the chance to bring our whole team together very often, so when we do it’s important to maximise our training and playing experience.

“Everyone is here except Sam Kerr, who’s still carrying an injury. We don’t know yet if she’ll be OK for the Olympics, she’s still rehabbing. Hopefully she’ll be fine, but it’s not clear at this stage.”

Stajcic said the time for experimenting with the team was over and that the games against New Zealand would be used primarily to get his main team to spend valuable game-time together.

“We’ve only got two matches, so it’s not a hell of a lot of matches,” he said. “It’s not like we’ve got 10 matches and we can use one or two of those as experimental matches.

“It’s more about maximising every single unit of our team, whether it’s individuals or a group of players like the defensive structure or our attacking play.

“This is a squad of 20 at the moment and only 18 can get selected for the Olympics, so we’re very close to finalising it. There are several other players not here who are still in contention, but the ones who are here have definitely got the advantage.

“Once we get to Brazil early in July we’ll have some final warm-up games to get ready for the Olympics.”