Postecoglou has no plans to recruit Australians at Yokohama

Former Socceroos boss Ange Postecoglou has indicated he has no plans to recruit Australians into his J-League team Yokohama FC Marinos, saying he's more excited by working with Japanese players. 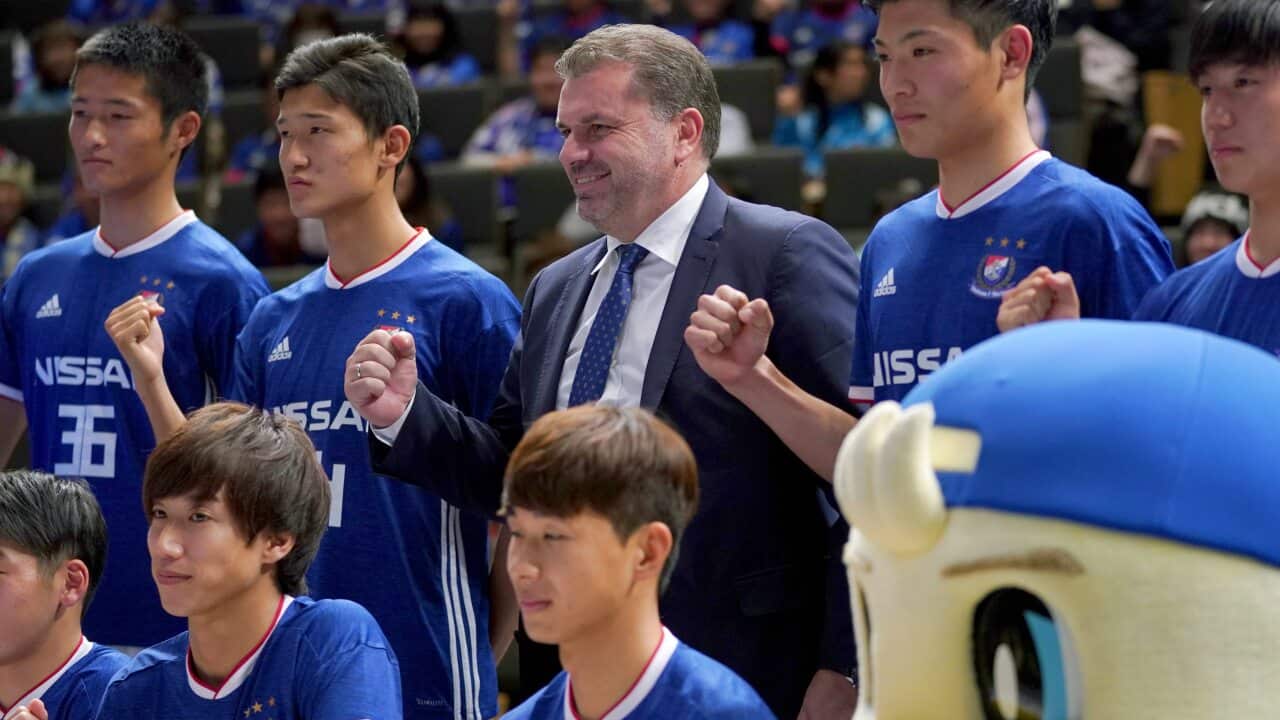 Postecoglou joined Yokohama, who are part-owned by the City Football Group, last moth after his shock resignation just days after helping the Socceroos book their place in this year's FIFA World Cup in Russia.

He said having a pre-season with his squad will give him the opportunity to "stamp his authority on how things will be done" saying he had "pretty firm ideas about how the game should be played and the methodology around that."

Advertisement
J-League clubs have five visa spots in their squads, but on match-day may only feature three foreign players plus one Asian player.

Asked in his first interview since joining Yokohama whether he would look to recruit Australians, Postecoglou admitted that was not his plan.

“That’s one aspect, but we’ve already got Milos Degenek there who’s been involved in the national team,” he told  CityTV.

“With the Asian rule there’s the possibility of bringing players from Australia. But the game’s global now, it’s about bringing the best players to the club that we think are going to help us achieve the success we want.

“Being plugged in the City Group and the scouting network within Japan the biggest enticement for me is working with Japanese players. I rate them very highly.

"We’ve competed against them for a number of years both at senior level and when I was Australian youth coach.

“I know there’s a lot of talented players and the opportunity to work with them and hopefully improve them and get them to a level where they can play at the highest level abroad.

"That’s part of the exciting thing, is that the Japanese players that I'll be working with, there's tremendous possibilities there.”

Postecoglou also admitted he had no real future plans plans or anything lined up when he quick as Socceroos coach last November saying he just took "a plunge".

He spoke of the role Brian Marwood played in him getting the position at Yokohama, saying the City Football Group chief put him forward for the gig knowing it would be the right job for him.

“Obviously after finishing with the national team there was no set plan as to what the next stage would be. I was prepared to be bit patient and see what opportunities became available and this happened very quickly," he said

“After I assessed all the possibilities of what could be achieved, both for the club and Japanese football this was really appealing to me and I can’t wait to start.

“In regards to why I left the national team, it is difficult to explain. Many people wanted a silver bullet answer but it just doesn’t exist. That is just me as a person.

“I have always tended to look to the next challenge.

“After four years I really felt I had got the team to where I wanted to.

“I think any manager will tell you it is hard to plan where it will take you. I wanted to make sure I was controlling my own destiny.”

Postecoglou will be at the helm for his first game against Cerezo Osaka on February 25.