Australia World Cup coaching target Roberto Mancini is shaping as a bridge too far for FFA, unless they can come up with around $4 million for a four-month assignment and accommodate an entourage of up to 10 assistants. 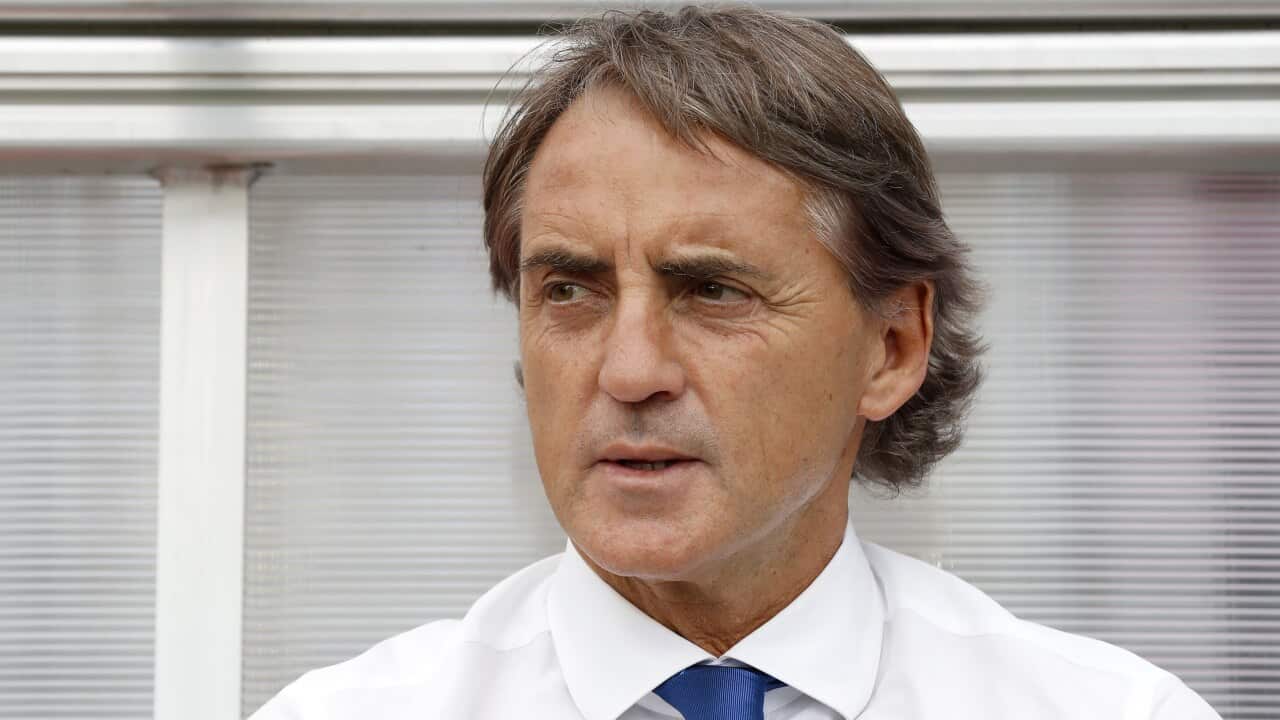 To heap even further doubt on the viability of enticing the 53-year-old Zenit St Petersburg coach, he is also the front-runner to replace sacked Giampiero Ventura as head coach of Italy, with several commentators in his home country believing taking the Socceroos reins could tarnish, rather than embellish his reputation.

The belief in Italy, where a new coach is likely to be appointed in the next six to eight weeks, is that were Australia to flounder in Russia in five months under Mancini, in his first national team appointment, his cachet would be compromised.

Looking to cut short his seven-month tenure in Russia where he earns $13 million a year, Mancini is in the running with Carlo Ancelotti for the Azzurri job, though the latter is more likely to return to the Premier League.

Advertisement
All of which is food for thought for FFA CEO David Gallop as he heads to Europe on Monday to attempt to shore up Ange Postecoglou’s successor by the mid-February deadline.

Cash is also a huge consideration, with Mancini not noted for his philanthropic nature and likely to demand in the vicinity of $4 million to quit Zenit, who sit second in the Russian Premier League, and take the Socceroos mantle on a short-term basis, with Graham Arnold earmarked as the long-term solution.

Gallop can offer just over $1 million, possibly rising to close to double that with bonuses should Australia progress beyond the group stage in Russia.

It would take the personal intervention of chairman Steven Lowy - and his Westfields wealth - to go much beyond that.

Klinsmann is chasing $3 million, while Van Marwijk and Bilic are available for around $1 million, plus performance-related bonuses.

There is then the question of Mancini’s entourage, which numbers 10 at Zenit, which has turned into a little Italy.

The Australia job is offering the successful candidate the opportunity to bring with him just one assistant coach plus a technical analyst.

There are suggestions in Italy that Mancini is in fact a Trojan horse candidate, thrown into the mix as a bargaining chip to remind the likes of Van Marwijk there is serious competition for the job.

If so, FFA may have miscalculated since the Dutchman is represented by Italian super agent Mino Raiola, a man who counts Paul Pogba, Zlatan Ibrahimivic and Romelu Lukaku in his stable and is recognised as one of the world’s most high-powered movers and shakers.

Should all the favoured candidates fall over, Michel Preud'homme, the former Club Brugge and Standard Liege coach, has emerged as a dark horse.

The ex-Belgium international, 58, won the domestic title with Brugge two seasons ago, and is a three-time manager of the year in his home country.

He has close ties with compatriot Eric Abrams, the FFA’s technical director.