With uncertainty continuing to shroud the identity of Australia’s next coach, Dutchman Bert Van Marwijk would be a judicious choice to lead the Socceroos to Russia. 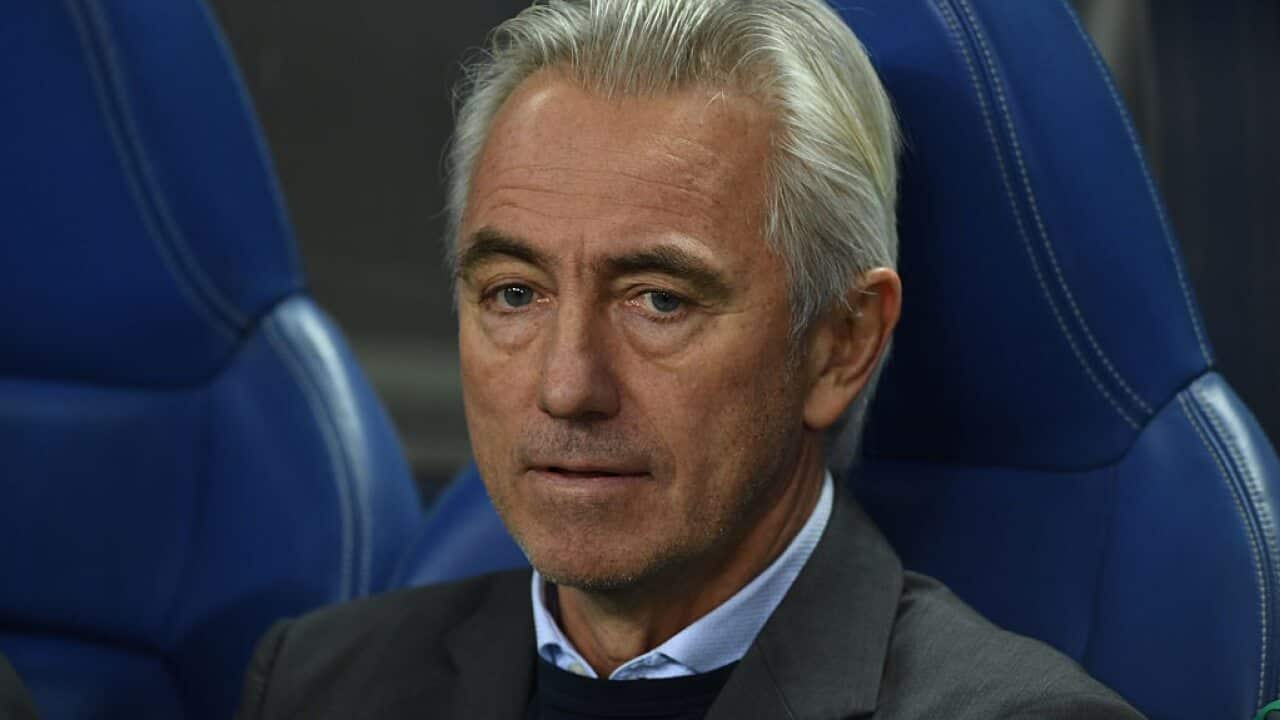 That’s the verdict of former Netherlands international turned Central Coast Mariner Wout Brama, who played for the Oranje under Marwijk, and considers him the perfect man for the job.

Despite Roberto Mancini being touted by some as FFA’s preferred choice, 65-year-old Van Marwijk, who led The Netherlands to the final of the 2010 World Cup, would be available for a fraction of the asking price and, according to Brama, worth his weight in gold.

The midfielder, now 31, was handed all three of his international caps by Van Marwijk, and the quietly-spoken tactician left a lasting impression.

“He is tactically very strong, and he always has a clear plan which he knows how to execute ... I think he could do an excellent job for Australia,” said Brama, who played alongside Dutch greats like Wesley Sneijder, Arjen Robben and Robin Van Persie back in 2009.

“You look at what he achieved just lately in qualifying Saudi Arabia for Russia automatically (ahead of Australia).

“That squad has no more quality than Australia ... and even if he were to come in just for a few months for the World Cup he would do a great job.

“He knows how to win, and I think he deserves to be at another World Cup.”

Van Marwijk parted company with the Saudis after they made spending more time in the Kingdom contingent on a new contract offer, after they had finished behind Japan but ahead of Australia to reach Russia.

“I think he’d adjust to the Australia’s players very easily ... he would tap into the mentality (just as Guus Hiddink did in 2006),” added Brama.

“He did an incredible job with Saudi Arabia, where he went in knowing none of their players.

“With Australia he will be far more aware of their squad, especially having coached against them twice during qualifying.

“He would be a huge asset for the national team, and looking at the group in Russia with France, Denmark and Peru, he would have a good plan to reach the knockout stages.”

Van Marwijk has been typecast as a coach with a defensive mindset down the years, and while acknowledging the criticism, Brama feels it’s unfair.

“People have complained he plays with two number sixes, and four defenders,” he said.

“But he had Nigel De Jong and Marc Van Bommell in those positions ... and I think he just played to the strengths of the players he had available.

“He likes a good defensive block, so you don’t concede two many and maybe need to only score one to win.

“People can think about this defensively but I think it’s an attacking decision, and particularly at the 2010 World Cup he used the entire quality of the squad to reach the final against Spain.

“You can talk about development or whatever, but at the World Cup you need results, and to win matches.
“And he knows how to do that.”