Jordan interim coach Harry Redknapp took training for the first time on Monday as he tries to keep them on course for the 2018 FIFA World Cup. 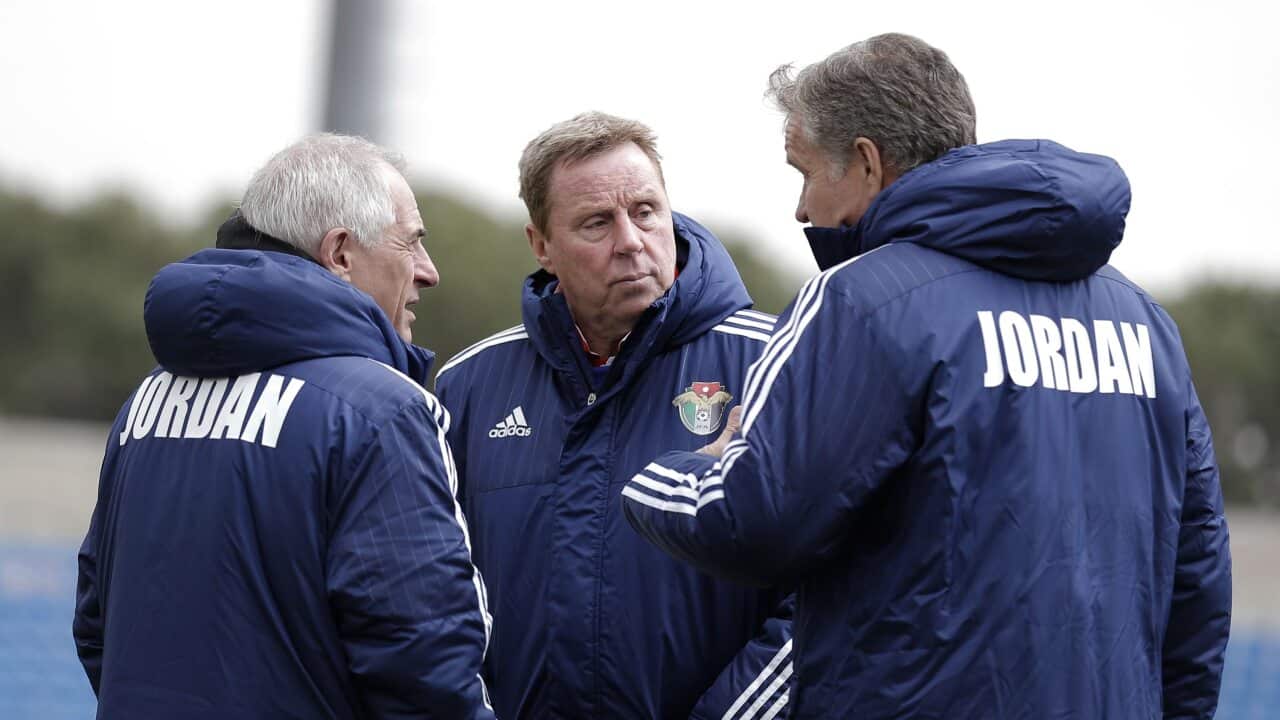 The former Tottenham Hotspur and Portsmouth manager is in charge for their crucial qualifiers against Bangladesh on Thursday and Australia on 29 March.

Jordan are second in Group B, two points behind the Socceroos with 12 teams qualifying for round three of the Asian Football Confederation qualifying section.

To guarantee their place in the next round Jordan must beat Bangladesh at home and then win in Sydney.

Redknapp was asked to take charge of the team by Prince Ali bin Al Hussein, president of the Jordan Football Association, this month after Paul Put was sacked in January. Redknapp and the prince struck up a friendship after meeting in London.

It is only a two-game deal and Redknapp is understood to be open-minded over what could happen in the future with the national team.

He has been joined by long-time assistant Kevin Bond and the duo ran the rule over the squad at the Amman International Stadium.

They played a lengthy training game as Redknapp assessed his new squad and is believed to have been encouraged by what he saw during the session.

He held a team meeting in the afternoon and will train again on Wednesday before Thursday afternoon's visit of Bangladesh, who are winless and bottom of Group B.

Redknapp does not believe his role with Jordan would impact his job as football advisor at Derby, where is is helping head coach Darren Wassall.

The 69-year-old, who has not managed since leaving QPR in February 2015, will officially be unveiled on Tuesday.