Adelaide United defeated Central Coast Mariners 1-0 at Coopers Stadium, with the win giving them a five point gap over their opponents. 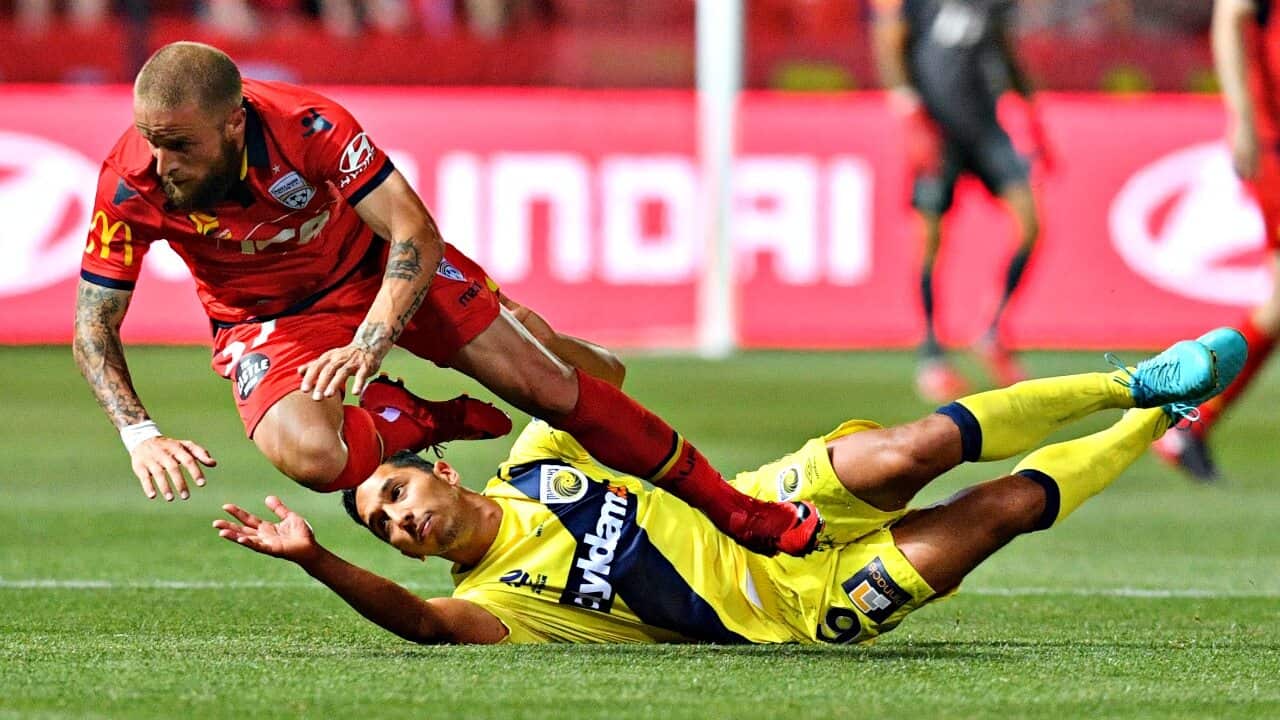 Ryan Kitto opened the scoring in the 14th minute, connected with Ryan Strain who fired in a low cross that the young midfielder placed perfectly on his first touch past Mariners keeper Ben Kennedy.

The home side produced a classy display on a hot Adelaide evening with temperatures in the low 30s, as they jumped into fourth position.

With 14 minutes on the clock, some brilliant interplay from Ryan Strain and Nikola Mileusnic brought the 10,313-strong crowd to their feet.

Advertisement
The Mariners probed at the Reds defence after conceding, with Daniel De Silva and Andrew Hoole both looking strong in attack but Mariners lacked the finishing touch to get on the scoreboard, while Adelaide keeper Paul Izzo was in fine form as he made a number of key saves for his side.

Connor Pain and Kwabena Appiah both had chances to equalise in the second period but couldn't beat Izzo before tempers flared when Vince Lia and Hoole clashed after a challenge, with the Reds midfielder accidentally striking Hoole in the groin.


Lia was forced off with an injury picked up in the tackle as the two exchanged words as he made his way to the sideline.

Trent Buhagiar failed to capitalise on Kye Rowles' well-placed cross in the final chance of a half which failed to match the intensity of the first, likely due to the intense heat.

Reds skipper Isaias was again a standout while young fullback Strain continued to impress, as did the lively Kitto as Adelaide look to return to the finals after their disappointing run last season.