The Matildas fantastic achievement of Olympic qualification will inspire more young girls to take up the beautiful game, and the federal government needs to support their ambitions with increased funding. 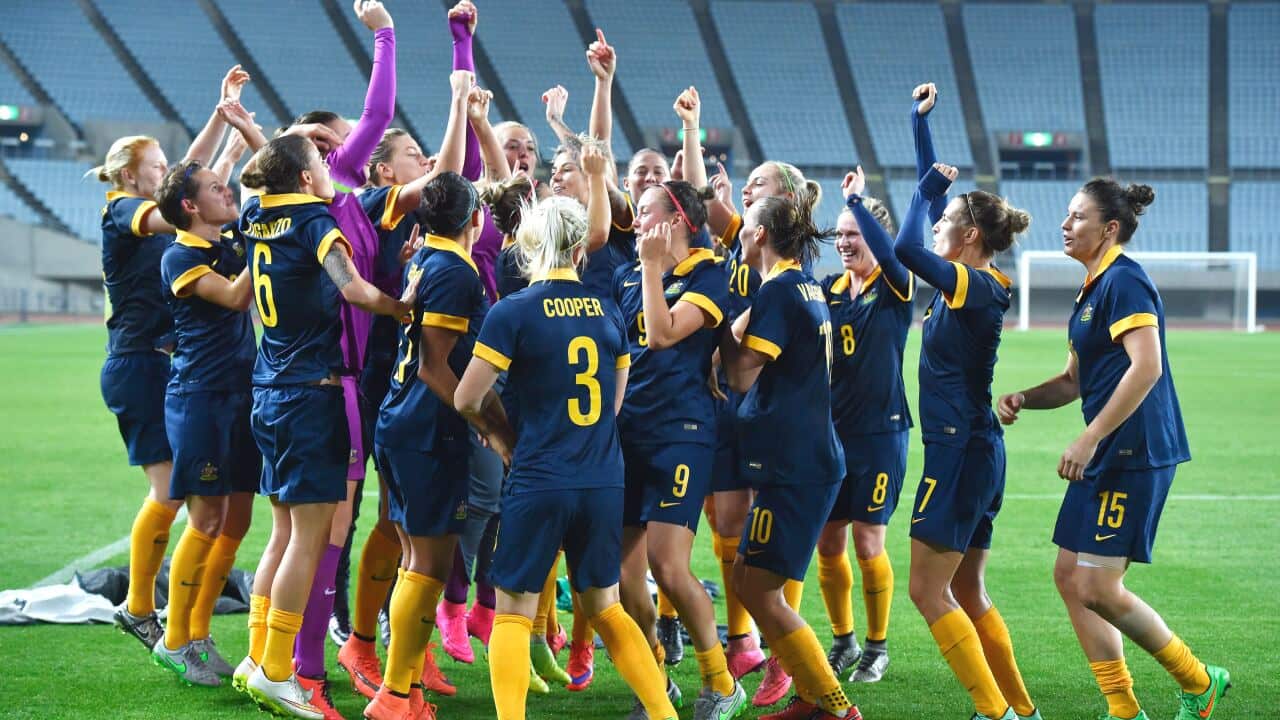 Nearly five years ago, while watching the Matildas play at the 2011 FIFA Women’s World Cup in Germany, the group of talented players looked destined for something special.

Their superb performances in Canada last year cemented the idea, and now it is clear we have a Golden Generation.

Advertisement
Aside from the incredible results, the Matildas dominating, attacking approach makes the team unique, special and enjoyable to watch. Every Australian football fan is immensely proud.

The players’ joy at implementing such an entertaining style of football is infectious and it is likely that many young girls will continue to be inspired by their footballing philosophy.

Since the 2015 FIFA Women’s World Cup this has been evident and there has been an
increase in the number of female football participants in Australia
.

Australia’s high performance strategy documents states: “High performance success is not only good for our athletes and our sense of national pride, it also contributes to other important Government objectives in areas such as participation, economic development, health and education.

“While Australia's Winning Edge is focused on high performance sport, the connection this has to grassroots participation is well established.”

It is clear that the federal government’s aim to boost the nation with more budding footballers is working, starting from the inspiring elite athletes and down, in particular the Matildas.

Academic research shows that the effect of high performance sport on grassroots participation is strongest when the participant believes they can emulate the players on-screen.

Football’s simplicity makes it easier to inspire participants than more technically difficult sports, such as gymnastic, and it’s one of the reasons why football is the world’s most played sport.

The allocation is based on a number of factors, including the chances of winning an Olympic medal.

Matildas step closer to Rio after win over South Korea

Fortunately, the Matildas qualification for Rio 2016 and domination of the group makes them genuine medal contenders.

But if Australia is to achieve that coveted medal, by the federal government’s own policy there can be no argument, women’s football needs extra funding.

And, based on the Matildas inspiring performances up to this point, at the very least, women’s football deserves extra funding.