Rogic primed to stay at Celtic amid EPL rumours

Socceroos star Tom Rogic looks set to remain at Celtic for at least another season, despite feverish speculation that a switch to the Premier League could be on the cards. 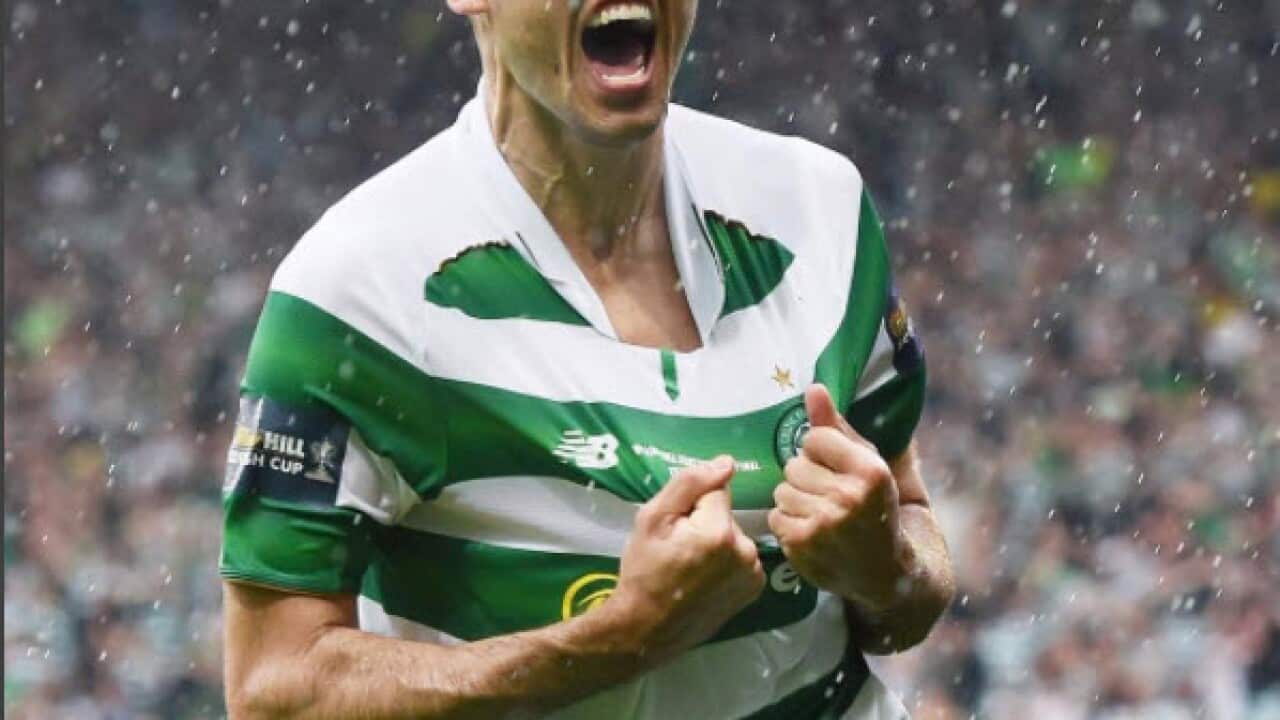 Sources close to the newly-minted Hoops hero have indicated that the 24 year old attacking weapon is in no hurry to exit Celtic Park as he bathes in the accolades of his spellbinding last-minute Scottish Cup final winner.

The weekend wonder goal sealed the treble and an unbeaten domestic season for Brendan Rogers's men - and sent the rumour mill into overdrive over a possible Rogic departure across the border.

But, despite the hyperbole, it's understood there have, as yet, been no concrete offers for Rogic from England's top-tier.

Advertisement
Contracted at Celtic Park until May 2019, Rogic's value may be rising but the talk of an imminent exit is "disrespectful" to Celtic's stature and tradition, according to Rogic's former Hoops and current Socceroos teammate Jackson Irvine.

The Burton Albion midfielder, a life-long Celtic fan and close Rogic confidant, believes that unless a top-four side comes calling, leaving for a lesser EPL side might be a sideways move for Scottish football's man of the moment.

"Some people disrespect and under-estimate the size of the club he is with now," he declared.

"I have been a part of that club and played in Scottish football for a long time, and I know how big Celtic are.

"All a lot of people seem to be talking about after Tom's magic moment is where is he going to go next?

"He's already at one of the biggest clubs in the world, and he's playing in the Champions League and winning trophies and doing special things.

"Yet people can't wait to talk about where he's going to go next.

"Anybody who knows the history and understands what it means to play for a club like Celtic would understand that there's no disrespect and in having a long and glittering career at a club like that.

"Unless you go to the Premier League and play with a top four or five team European football is going to be something that is hard to come by."

Irvine said Rogic would head into Socceroos camp ahead of next Thursday's vital World Cup qualifier against Saudi Arabia in Adelaide bursting with belief.

"He'll be coming in on a massive high," he said.

"I was fortunate enough to be apart of a team which won a cup in the last minute as well (Ross County) and there's no better feeling.

"His goal against Aberdeen was brilliant and it was a delight to see, especially after he's had a tough time with injures.

"He will go down in history at a club that's all about tradition and record breakers."

Rogic struck 11 goals in 35 appearances in all competitions for Celtic, despite missing a hefty chunk of the back end of the season following ankle surgery.

"I am sure Tom has big ambitions for himself as Australian football has for him, but I'd like to see the level he's at now get paid a little bit more respect than it currently does," reaffirmed Irvine.

"You look at somebody like Henrik Larsson who spent most of his career at Celtic winning trophies.

"Some people say he under achieved but I don't see that at all, especially when you look at the club he went on to (Barcelona).

"Remember at Celtic you are playing in front of 60,000 people in every home match. It's a special club."