Australia's Tom Rogic has continued his good form with Celtic, setting up the only goal in a 1-0 win over Hamilton Academical, as the Hoops made their best domestic start in history. 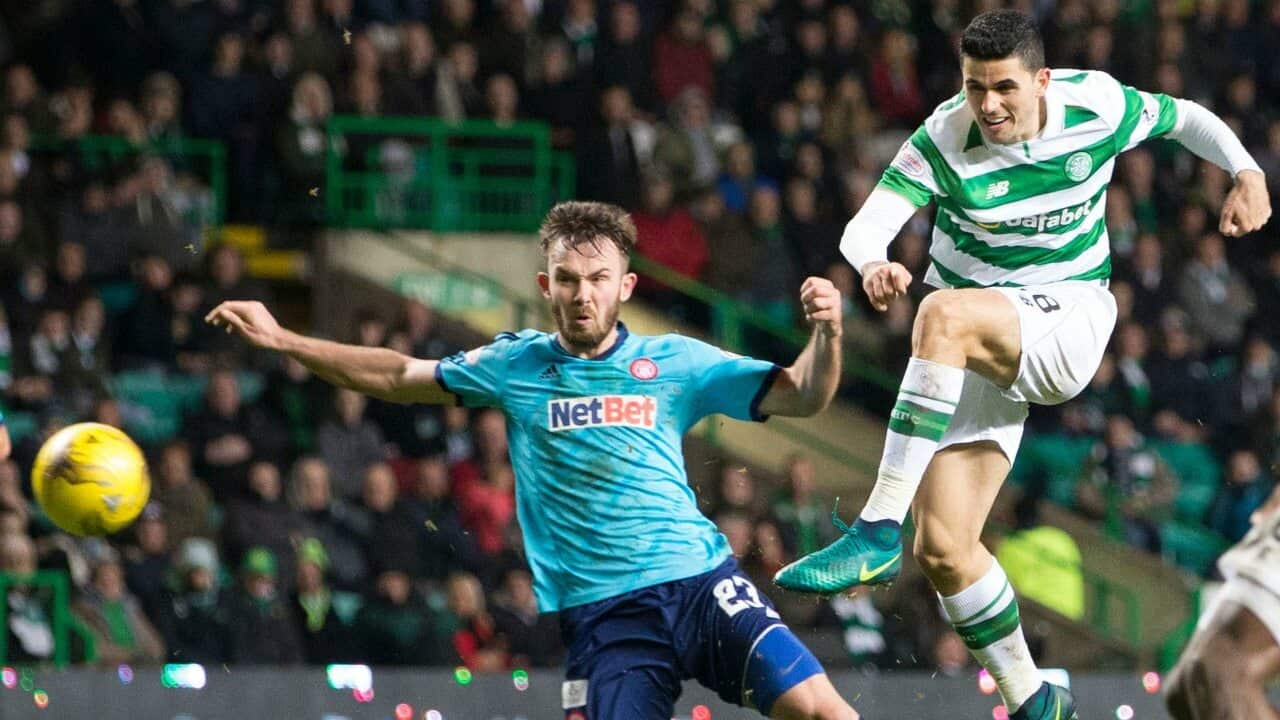 Rogic played a wonderful inch-perfect through-ball to Moussa Dembele who combined with Leigh Griffths to open the scoring.

The former Central Coast Mariners midfielder was at the heart of the action throughout the match, helping to create chances and going close himself to scoring in the second half.

The 1-0 victory was Brendan Rodgers' 18th win this season from 19 matches and means Celtic have made the best domestic start in their history.

Rogic has been a key part in that history, scoring 10 goals and assisting four in 17 appearances.