Ronaldinho has quit Premier League Futsal hours after wowing fans in Chennai with a five goal masterclass in his Goa side's 7-2 trouncing of the Paul Scholes captained Bengaluru. 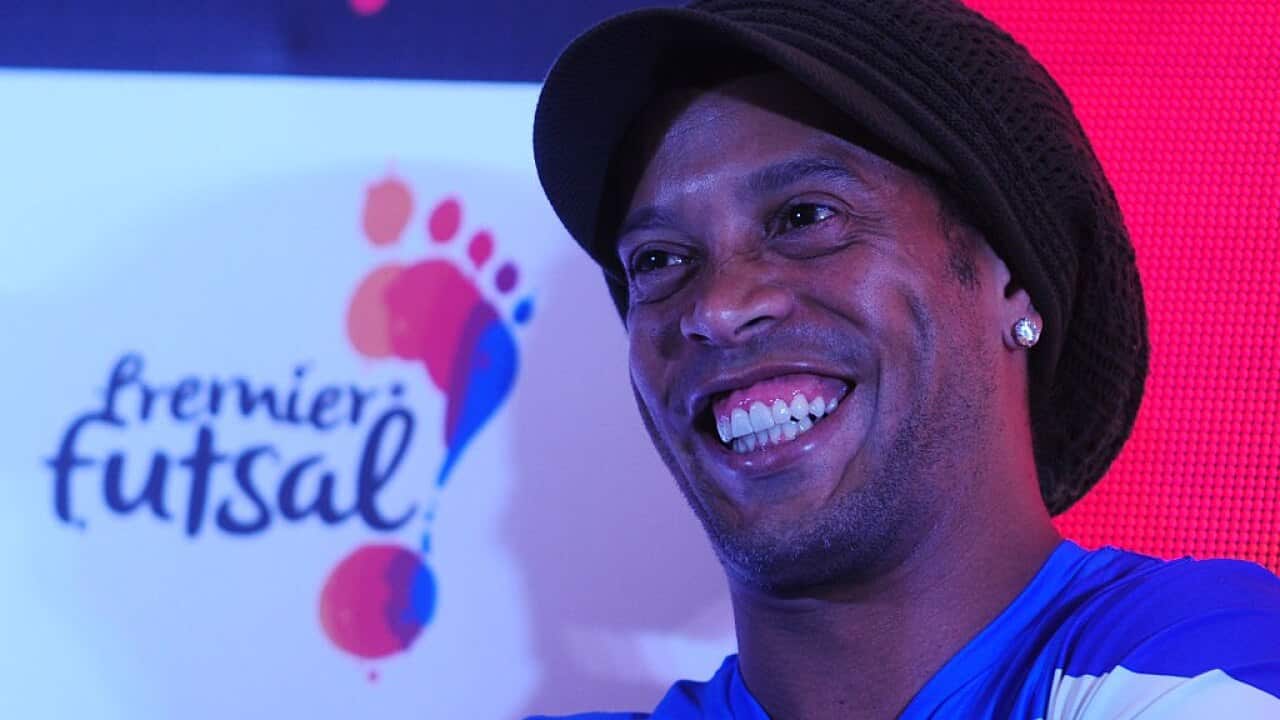 The former Brazil and Barcelona star was one of the star attractions of the Premier Futsal competition alongside Paul Scholes, Ryan Giggs, Michel Salgaldo, Hernan Crespo and Futsal superstar Falcao.

The World Cup winner put on a showcase with his sublime touch and dribbling exciting the raucous Chennai crowd.

Ronaldinho scored an incredible first half hat trick before he put the icing on the cake with an classy lob to wrap up the five goal drubbing.

After his man of the match performance, Ronaldinho revealed he was unable to play out the final matches of his Premier Futsal contract and would return to Brazil to take up a role as a Paralympics brand ambassador.

Legendary Brazil captain Cafu will replace Ronaldinho for the second half of the tournament which moves from Chennai to Goa.

It was a tough match for former Manchester United star Scholes who was unable to replicate his man of the match performance from match day one.

Former Real Madrid defender Salgado's Kochi side took on Falcao's Chennai in Day three's other match with the two side's playing out a 4-4 draw.

The next round of the six team, nine day tournament takes place tonight as Ryan Gigg's Mumbai takes on Falcao's Chennai while Hernan Crespo's Kolkata takes on Cafu's new side Goa.