Andrew Nabbout’s sterling Socceroos displays at the 2018 FIFA World Cup have caught the eye of the Russian Premier League. 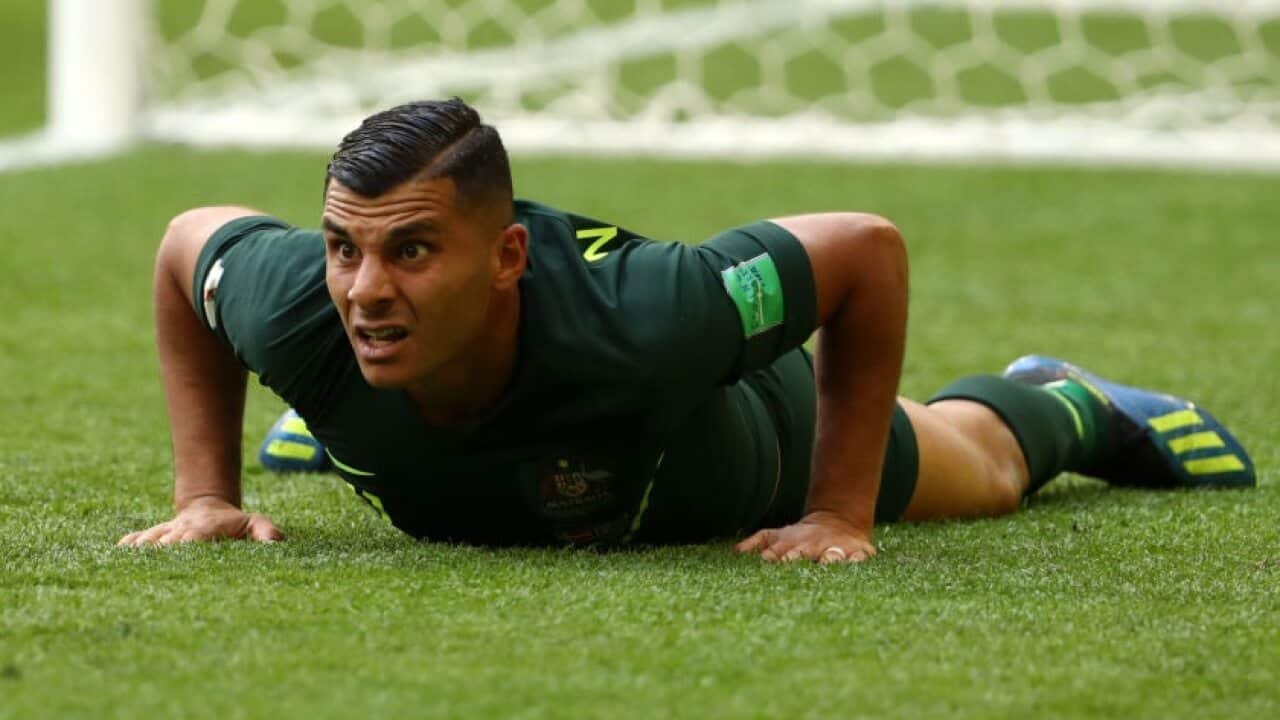 Andrew Nabbout in action for the Socceroos Source: Getty Images

Nabbout has led the line for Australia in both matches against France in Kazan and Denmark in Samara.

It has been an amazing rise for the forward, who only made his international debut for Australia three months ago in Oslo against Norway.

The World Game understands that the 25-year-old’s hard-working performances have impressed in the host country.

This comes off the back of news that fellow Socceroo Josh Risdon is also being targeted by two Russian clubs.

But Nabbout’s agent Tony Rallis is remaining tight-lipped on the approach.

"We have had contact from a particular Russian club, but he is a contracted and wanted player of Urawa Reds FC, and we don’t enter in these discussions,” Rallis told The World Game.

Nabbout only signed for Urawa in March in a transfer fee believed to be worth around $500,000.

But the striker’s value has surely increased after clashing with the world’s best at the World Cup.

While Nabbout has only scored one goal in six appearances for the Socceroos, he has been coach Bert van Marwijk’s first-choice number 9 since he took control of the Australian national team.

But the Brunswick City and Green Gully junior has been ruled out of the rest of the World Cup after dislocating his shoulder in the second half of the 1-1 draw with Denmark.

Nabbout is undergoing scans and it is expected he will need an operation to repair his shoulder, after dislocating the same shoulder earlier this year in the J1 League.

Immediately after the Denmark game, the forward still remained confident he could recover quickly and potentially be fit to take some part in the rest of the tournament, if the Socceroos reach the round of 16.

"They say the second time is a little bit quicker," Nabbout said on Thursday night (AEST).

"I will be right ... it's fine now, there is no pain. I'll start rehabbing it and see how we go from there.

"When I landed on it, it was in an awkward position and popped out - nothing I haven't felt before.”