Socceroos keeper Mat Ryan is itching to make his first La Liga start under Valencia coach Gary Neville, insisting he is “back in great form” ahead of the trip to Real Sociedad. 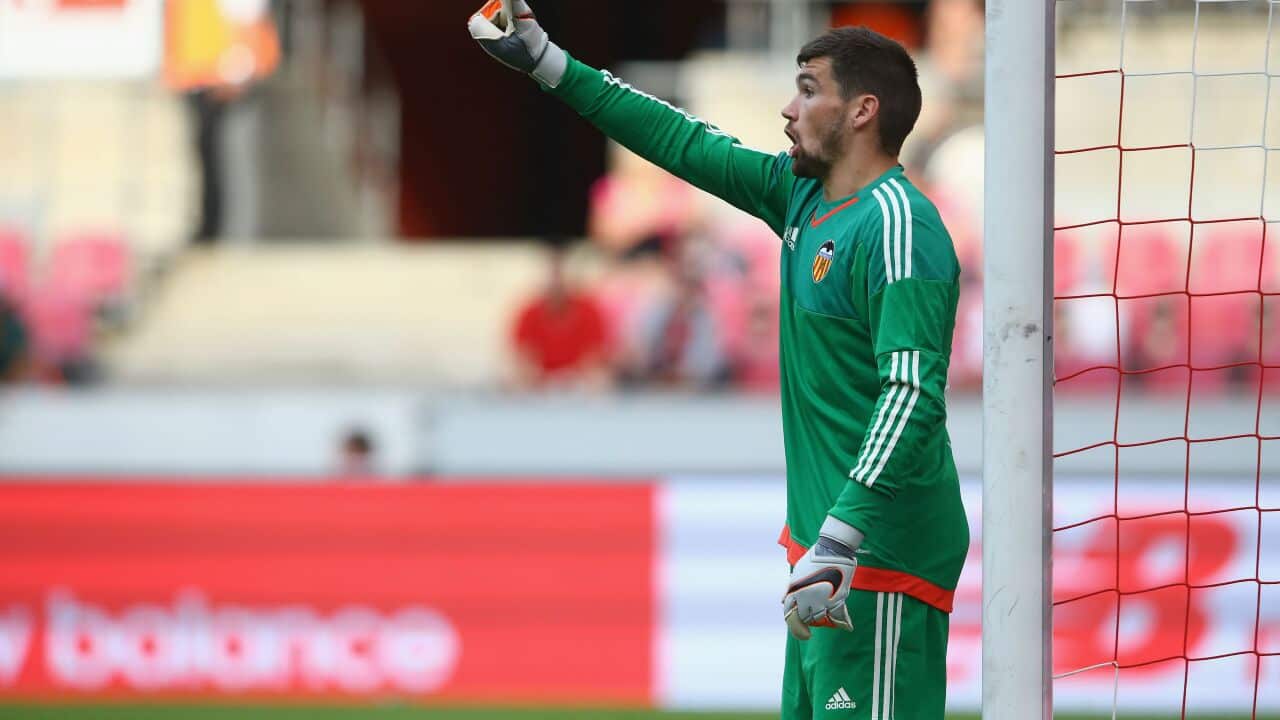 But the pressure on Domenech, who came into the side when Ryan was sidelined by knee surgery in September, has been ratcheted up by Ryan’s flawless performance in the 4-0 Copa Del Rey slaying of Grenada in the round of 16 first leg.

And Neville, who took over until the end of the season following the resignation of Nuno Espírito Santo nearly six weeks ago, now has to wrestle with the conundrum of which of the two should start on Monday morning in San Sebastian.

Ryan is fully recovered from his meniscus surgery and was impeccable in everything that he did against Granada, including a stunning, flying save from a Jean-Sylvain Babin header with Valencia 2-0 up.

The goalkeeper's confidence is surging again as he turns up the temperature on his rival.

“My opportunities have been limited, so I am trying to make the most out of every chance I get - to show that I am ready to play and back in great form," Ryan told The World Game.

“It was a great feeling to be back contributing and helping the team win a really important cup game.

"Granada (who lie 17th in La Liga) are definitely not a bad team, and they had their chances.

"But I am happy with the performance of the team and also myself on the night. We are in a great position now in Copa Del Rey before the return game.”

Neville's decision on which keeper to pin his faith in has been made all the harder by the solid performances of Domenech, 25.

He looked destined to drop back to the bench under Espirito Santo, the man who signed Ryan from Club Brugge on a six-year contract and restored him to his starting line-up for his final match in charge, the 1-0 loss at Sevilla in late November.

But Santo's departure dramatically altered the dynamic and Neville has opted to go with the Castellon-born Domenech in the league while fielding Ryan in the cup.

Mid-table Valencia’s win over Grenada was preceded by a 2-2 draw against mighty Real Madrid and Ryan is convinced Neville is beginning to get the best out of his squad after a difficult start.

“In recent weeks the improvement of the team has been obvious, and now we have a convincing win to show for the progress we have been making,” he said.