Sainsbury claims China not a 'graveyard' for his career

Australia defender Trent Sainsbury has expanded on his decision to swap the Dutch Eredivisie for the Chinese Super League, saying his new destination does not threaten to be a 'graveyard' for his football. 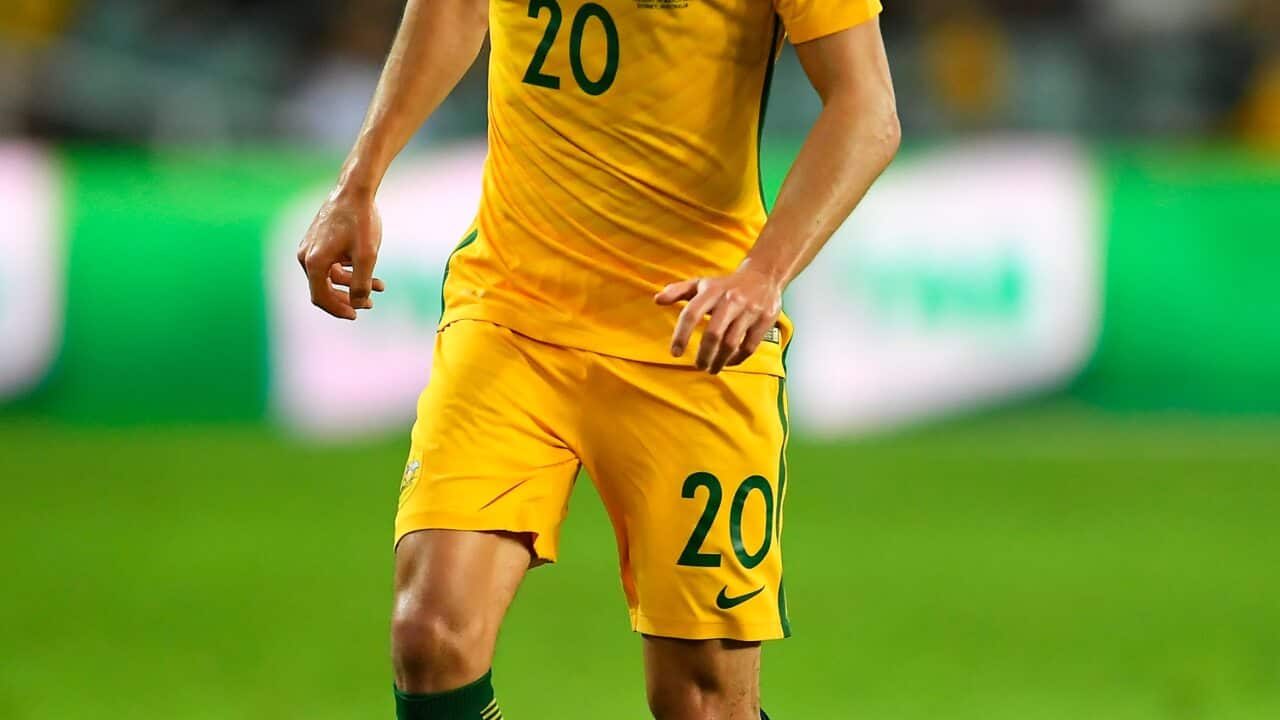 Critics have questioned whether the move was a wise one for Sainsbury's career, but he told The World Game he aimed to become an example that playing in China, where big money has attracted a number of foreign stars, can take you forward as a footballer.

Speaking ahead of returning to Jiangsu Suning after playing his part in a 5-1 win by the Socceroos over Jordan in a 2018 FIFA World Cup qualifier in Sydney on Tuesday night, Sainsbury said it didn't bother him that people questioned his decision.

"Nah, I'm fine with that," he said. "If someone working at one job decides to go to another job in the same industry for more money I'm not going to question them, but people are always going to have their opinions.

"An opportunity came up for me to secure my future, I guess, financially, and people have it in their heads for some reason that going to China is the doom and gloom of your career, the graveyard, but it's definitely not that.

"I mean, it's obviously changing now and hopefully I can be one of the players that people look to as a marker in the future and say 'well, you can go there when you're young and succeed'.

Sainsbury, 24, made his A-League debut for Central Coast Mariners as an 18-year-old in the 2010-2011 season and joined PEC Zwolle in early 2014. He said the European experience had matured him and that he put a lot of thought into his latest move.

"I've definitely grown as a person," Sainsbury said. "I mean, I've had a lot of people influence my career and you try and take as many positive points out of that as possible.

"When I left the Mariners I was still a kid, really, and obviously coming in to the Socceroos as well you sort of grow to be more of a leader and a man."

Referring strictly to his football, Sainsbury added: "As a player I'd say I'm a lot more technical and confident on the ball and I like to think I'm more assured as a defender overall than I was when I left Australia."

Sainsbury, who signed a three-year contract with Jiangsu Suning, said he was still young enough that his long-term future remained wide open.

"If I see out my contract in China I'll be 27 by the time I leave there, so I'll definitely have a few more years left in me and if all goes well I'd definitely like to have another crack at Europe," he said.

"But you never know what's going to happen in football. It (the future) is all up in the air and I'm just happy to be along for the ride at the moment."

Sainsbury recently spoke out about the demise of his old club, Central Coast, which will finish a long last in the A-League this season. On Twitter, he wrote the team celebrating at full-time of a recent draw against Sydney FC was an indication of 'how the mighty have fallen'.

When Mariners won the 2012-2013 season grand final over Western Sydney Wanderers, Sainsbury was part of a team that perfectly combined a group of hugely promising young players, including himself and fellow Australia international, goalkeeper Mathew Ryan, with an experienced core.

The then coach, Graham Arnold, was celebrated for the manner in which he constructed the side at a club that was under constant financial pressure.

Asked if he had received much feedback after his comments, Sainsbury replied: "I've had a few bad reactions from the fans, but I don't think they see the point of view that I'm coming from.

"I mean, when you've got the squad celebrating a draw against a Sydney FC side that's down on their luck and you're coming bottom of the table, it doesn't set a good precedent for the team.

"If you want to celebrate those sort of points then you might as well celebrate a loss, which is just not good enough. It just shows how the mighty have fallen and I think it all starts from the owner and chairman of the club. The Mariners are not investing in the right type of players."