Sainsbury scores and celebrates with Kangaroo-hop in China

Australia defender Trent Sainsbury scored, and celebrated with a Kangaroo-hop, as Jiangsu Suning hammered Hebei 4-0 in the Chinese Super League. 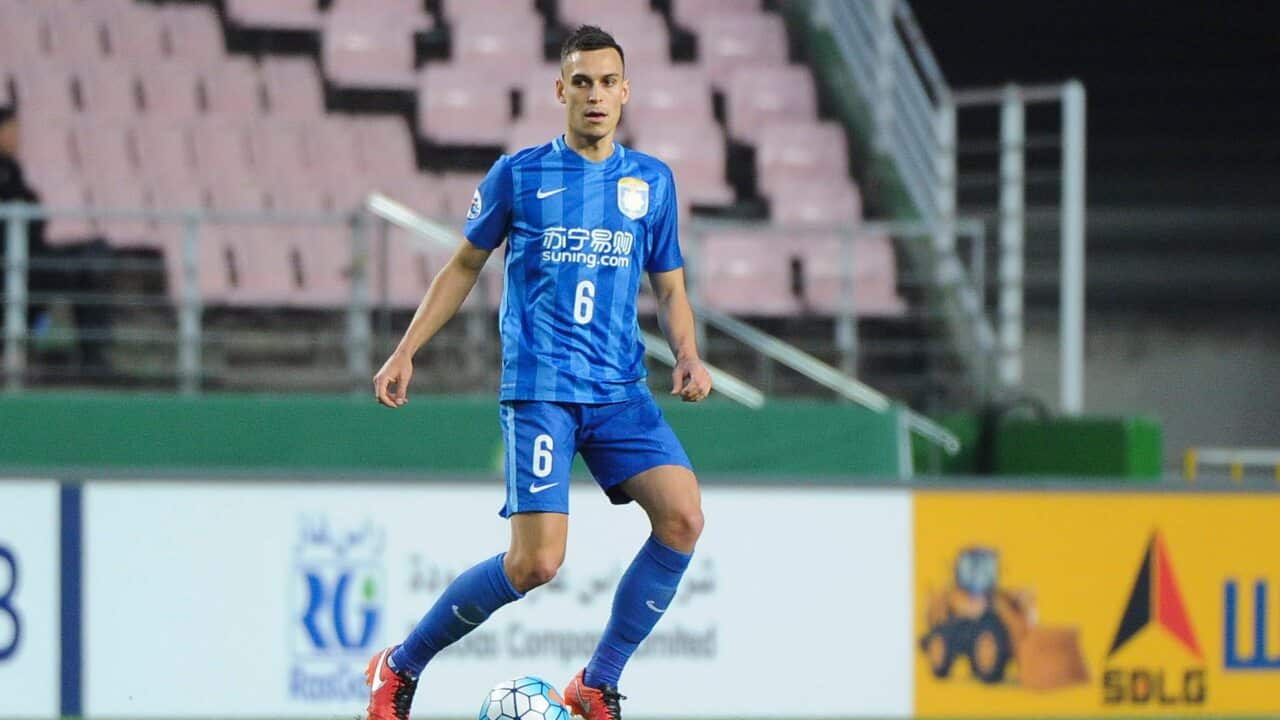 Sainsbury has played 90 minutes in 18 of Jiangsu's 19 league matches so far this season, but it was the first time the Socceroos centre-back has scored.

Colombian Roger Martinez produced a man of the match performance with two goals in 60 minutes, while Xi Wu also got on the scoresheet for the hosts.