Brenton Santalab was given a straight red card late on but Western Sydney Wanderers held on for a 1-1 draw with Brisbane Roar after an intriguing round 12 A-League opener at Suncorp Stadium on Friday night. 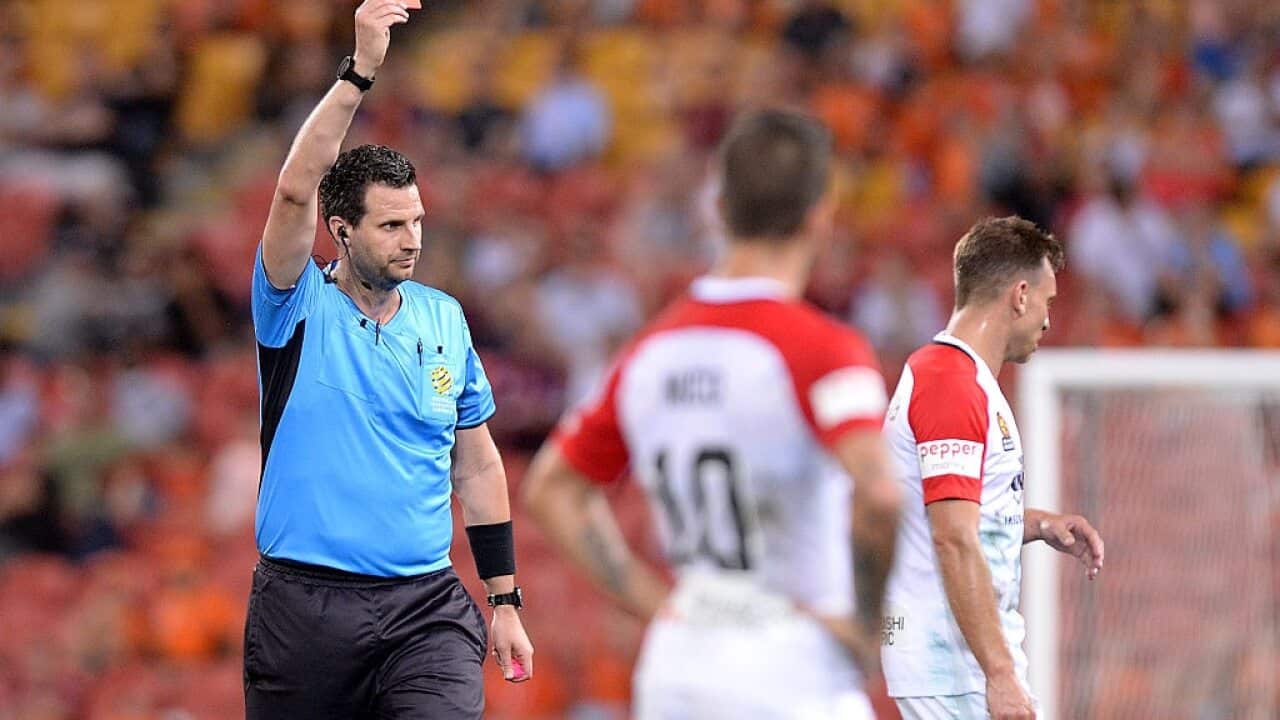 Brenton Santalab is given a red card late on in his side's 1-1 draw with Brisbane Roar Source: Getty Images

Corey Brown's sublime opener for the Roar was cancelled out via a stunner from Wanderers captain Dimas, just 18 minutes later, with the result making it 10 consecutive games unbeaten for John Aloisi's men.

Substitute Santalab's 91st minute dismissal ensured a dramatic finish, and the 34 year-old could be set for a lengthy ban after appearing to strike Brisbane defender Jade North in the face behind play in the dying minutes.

Despite dominating the first-half, the Roar had to wait until seven minutes after the half-time break to take the lead on a sub-standard Suncorp Stadium playing surface.

Advertisement
Brisbane defender Brown produced an exquisite left-footed volley, off a sublime Thomas Broich cross, to score only his second-ever A-League goal and give the hosts a deserved lead.

But despite seemingly being on the back foot, the Wanderers hit back through Dimas, who stepped up to score a stunning free-kick in the 69th minute.

Nico Martinez appeared set to take the shot but stepped back at the last moment, allowing Dimas to guide the ball perfectly into the top-left corner, wrong-footing goalkeeper Michael Theo.

The result sees Brisbane move up to outright second on the A-League table, but still six points behind ladder leaders, Sydney FC.

Meanwhile, last season's grand finalists Western Sydney are left with only two wins this campaign, and could finish the round as low as seventh, off the back of news that striker Kerem Bulut is poised to join Thai club Chiangrai United.

READ MORE
EXCLUSIVE: It's Thai time with Bulut in line to replace Bridge at Chiangrai