The last time Saudi Arabian giants Al Ahli and Al Hilal met, 56,293 turned up at the imposing King Abdullah Sports City stadium in Jeddah, creating an atmosphere, both visually and audibly, to match the best on offer in Europe. 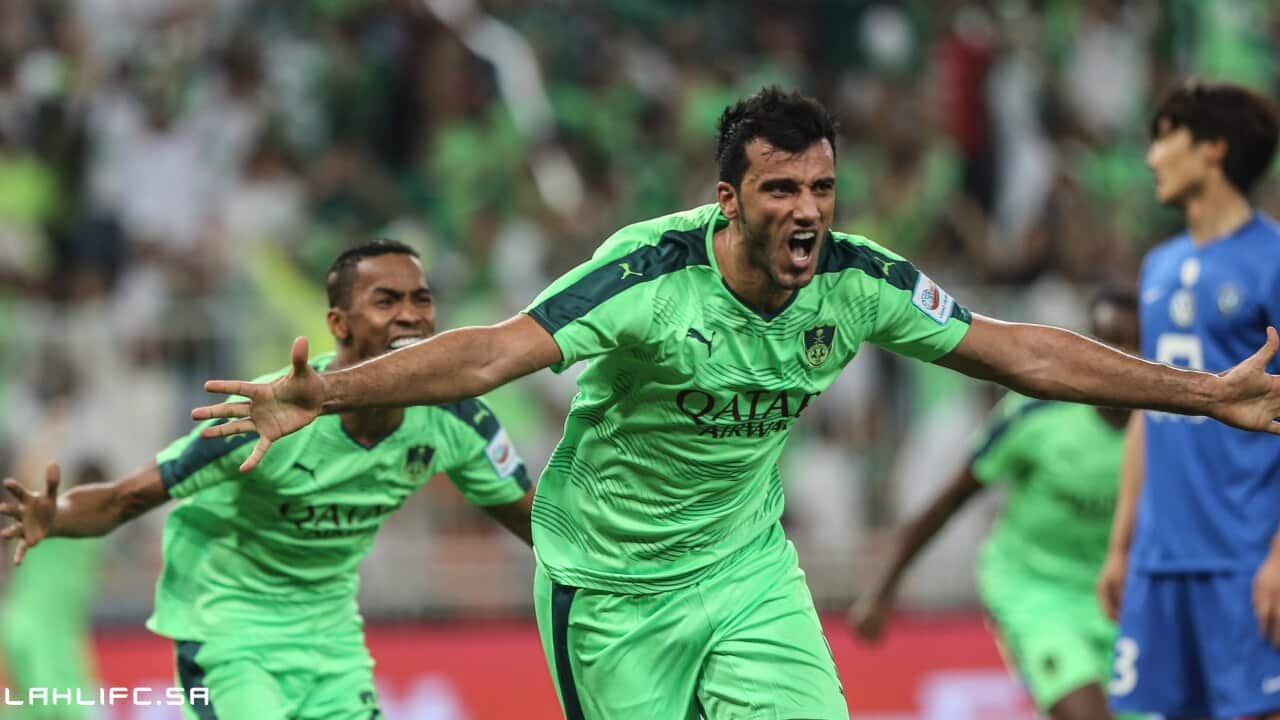 The 3-1 win for Al Ahli, thanks largely to a quick fire brace from golden boot winner Omah Al Somah early in the second half, was an historic one, crowing their first championship since 1984, prompting wild celebrations from the largely pro-Al Ahli crowd.

When they next meet, on 8 August in the Saudi Super Cup, the setting will be much, much different.

Advertisement
For the second consecutive year the Saudi Super Cup will be held in London, with Craven Cottage the venue for this year’s game after Loftus Road hosted last year’s match between Al Hilal and Al Nassr.

While it’s not uncommon for European leagues to play their Super Cup in the Middle or Far East – for example the Supercoppa Italiana has been hosted in Beijing, Shanghai and Doha in recent years and this year will be held at the Hazza Bin Zayed Stadium in Al Ain (UAE) – it’s something new altogether for an Asian league to shift its opener to Europe.

Speaking exclusively to The World Game, Saudi Pro League chairman Yasser Al-Misehal explained the rationale behind the decision to stage their Super Cup in the English capital.

“The first reason is because the weather conditions in Saudi Arabia in the summer is extremely hot, so that affects negatively the level of attendance,” he said

“The idea came last year from the sponsors (Saudi Arabian Airlines) of the league and the federation. They came with the idea because there is a lot of Saudis who spend their summer in Europe, and mainly in London.

“What happened in London last year was a successful experience because (there was) more than 80 percent occupancy of the stadium and we got a lot of positive feedback from the spectators and audience in general.”

Al-Misehal confirmed they would look to continue to host their season-opening event in Europe and floated the idea of moving the match to another city.

Not content with that, he confirmed there are discussions happening to take league games to other gulf cities, most likely Dubai or Doha.

“There was an idea of hosting one, or a few games, of the league in Dubai, because Dubai during the winter holidays has a lot of Saudis as well travelling there.

“We are doing quite a few things to expand the league abroad, but to be honest the main focus for us at the moment will be the Gulf countries. Using the Super Cup in London, maybe next time it will be a different city in Europe, and we are also considering playing one, two or three matches of the league in Dubai or Doha.”

There are issues facing the league at home, however, with some clubs swimming debt. Eight-time league champions Al-Ittihad are reported to be in debt to the tune of almost 300 million Riyals ($100m), with players and staff still owed months of unpaid salaries.

With the government about to announce final plans to privatise football clubs across the country, the financial management of clubs is a major focus for Al-Misehal.

“This is becoming a very serious issue,” he said. “It’s the first time that the Sports General Authority has announced the real figures of these debts. The federation, along with us at the league, we are putting in strict guidelines in terms of registering new players.

“The top four clubs must have a total (debt) fifty million Riyals ($17.7m) in order to register new players, while clubs five to eight they should be less than forty million ($14.2m).

“All the clubs are working very hard to reduce these figures. If they can’t bring the debt figures to the limit that’s been set they wont be able to sign players and this is putting more pressure on the clubs to clear a lot of the debt they have.”

The privatisation of the league’s clubs has been three years in the making and Al-Misehal is confident this will lead to vastly more professional outfits, with better governance and financial management.

“We are a bit optimistic of going to privatisation and we are expecting a lot of changes,” he said.

“We are expecting to hear an official announcement in the coming few weeks, maybe in August, from the government that the program will be officially launched and approved.

“We are looking at selling the first club within 14 months from the moment they launch the official program.”

Another aspect of the plan to revolutionise Saudi football is a complete overhaul of the stadia within the country. The King Abdullah Sports City stadium in Jeddah, a 62,000 capacity purpose built football stadium opened in 2014, will be the template for other stadiums across the country.

“We have a lot of enhancements in terms of the infrastructure and services. We are working hard to comply with the new 2030 vision of Saudi Arabia in terms of giving more options and making the football matches more attractive to the spectators,” he said in reference to the government’s newly announced 2030 Vision to move the country away from its dependency on oil.

“We are waiting for the approval from the relevant ministries to do almost a full redevelopment of most of the stadiums we have in Saudi Arabia. We have a plan to remove most of the running tracks.”

As he looks to grow the league, Al-Misehal told The World Game his plan for the next five years is to significantly increase revenue, looking to double the value of sponsorship and broadcasting revenue, which he hopes will allow clubs to sign higher quality players.

“In five years time we are trying to double these figures,” he said.

“We want to increase the revenue for the clubs where they can attract more high quality players and making sure we apply proper financial measurements where we can protect the clubs. We would like to see a higher income and a better way of managing this income.

“The figures we are getting from the sponsors and from TV deals is actually growing year by year.

“For example the league started in 2008 [the year the league was separated from the Saudi Football Federation as a standalone entity] and the first sponsorship deal was 60 million Riyals ($21m), we’ve now reached 135 million ($48m).

“We would like to see the Saudi Pro League available in different countries in different areas of the world.”

Australian fans need no introduction to Al Hilal and their band of passionate supporters, and in a little under two weeks those in London will get a taste of what Saudi football is all about.

It’s the first steps in a bold new direction.