Schwarzer reveals Aussie consortium may be eyeing other English clubs

Socceroos legend Mark Schwarzer has revealed the Australian consortium linked to a takeover of Charlton Athletic could be eyeing other English clubs and has backed their idea of turning the side they acquire into a feeder team for Australian talent. 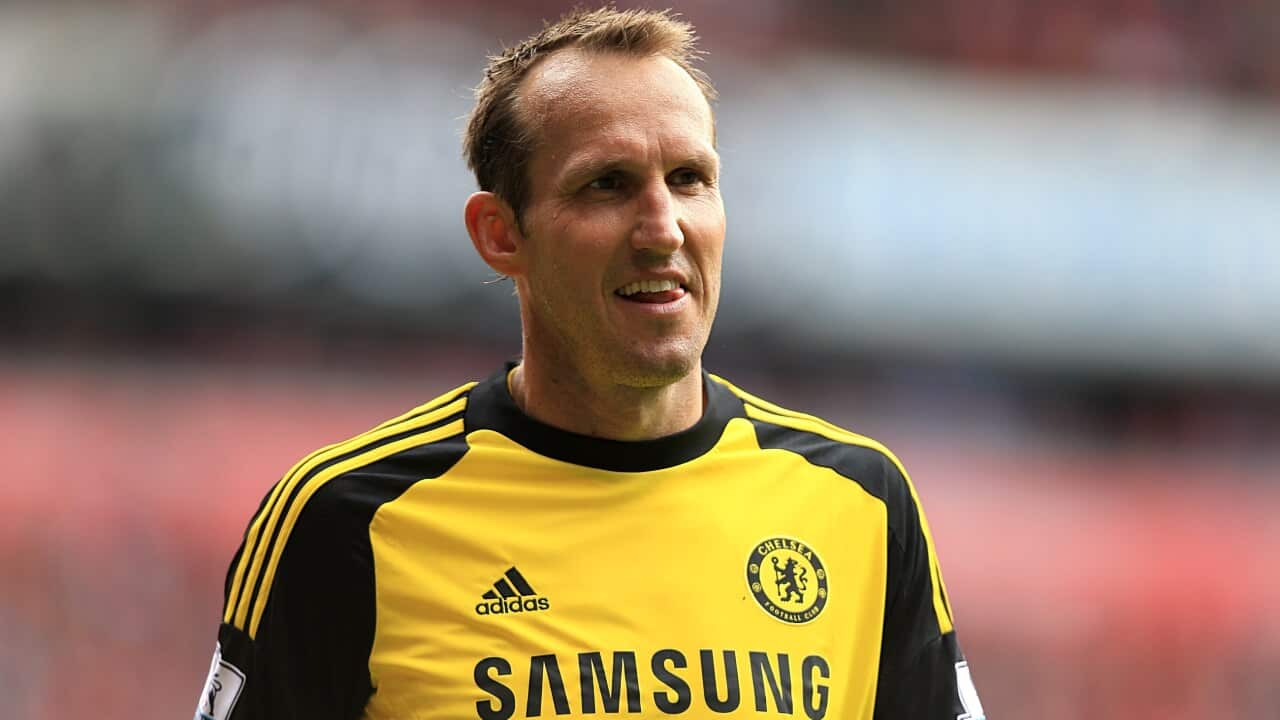 The recently retired former Premier League goalkeeper, now a successful UK-based pundit, has been sounded out over taking up a role with the newly-formed Australian Football Consortium Ltd (AFC), who are reportedly attempting to raise the capital to buy struggling League One side Charlton Athletic for £20 million (A$33 million).

But Schwarzer, linked to the consortium alongside Socceroos coach Ange Postecoglou, said while the speculation is surrounding Charlton there could be other sides in the mix.

As Addicks fans pray for a benefactor to hasten the exit of despised current owner, Belgian Roland Duchatelet, Schwarzer added there were several other UK clubs ridden with fan unrest and financial woes which the consortium may be looking at.

Advertisement
The 44-year-old former Middlesbrough, Chelsea and Leicester goalkeeper also backed the idea of an Australian-owned club becoming a vehicle to funnel Australian talent into the English game

But he wasn't getting carried away by the notion of a UK side taking on a green and gold hue any time soon.

“When stories like this come out it sounds very romantic, and it would be fantastic if it were to happen," he told The World Game.

"Even if it all came into fruition, I’m not sure whether that would be even possible.

"If it were to happen, the concept in principle, would be amazing, it would be a first… obviously they have linked it to Charlton because of their situation but I don’t know whether there would be one club of interest.

“You can look at a long list of cubs in England; maybe it’s quite unique at the moment, where there are disgruntled fans looking for new ownership, and Charlton is one of them.

“There are a lot of clubs in difficult financial positions, I can’t really recall a time when this has been as prominent as now, and it’s quite natural that there’s going to be speculation."

The Australian group AFC is headed up by Gerard Murphy, an Australian management consultant with experience at Crystal Palace, the Rugby Football Union and Super Rugby.

Philip Aitken, chairman of Balfour Beatty, has been appointed the UK chairman of the consortium.

Schwarzer confirmed he had been approached to be involved but remained skeptical of the group's ambitious plans.

"At the moment, as we all know in football, things are spoken about that sound great in principle. But will they ever come to fruition? Who knows? Most likely they don’t, most of the time," he said.

“It’s very early stages… I was asked about whether if it were to come to fruition I would be interested in becoming involved in some capacity.

"I said that (such ideas) are always of interest… but there's no point in talking further until they had something (tangible).

"At the moment, as far as I am aware, there is very little truth in the rumour (of an imminent takeover of Charlton or any other club).

“It’s been interesting to see my name linked with it… but, as we speak, I am just seeing how it plays out, and I’m sure we will find out sooner or later whether it happens.”

Asked whether he’d be prepared to become an investor in such a venture, Schwarzer was unequivocal.

"Definitely not... it’s not something I’m interested in doing. But if you have money, and are at that level and prepared to invest in a football club, you always have to be prepared to lose money," he said.

"There are very few situations and circumstances for owners to make money from football."