Sydney FC extended their lead at the top of the A-League ladder to 10 points after easing past Brisbane Roar 2-0, despite captain Alex Brosque being sent off during an entertaining encounter at Allianz Stadium on Friday night. 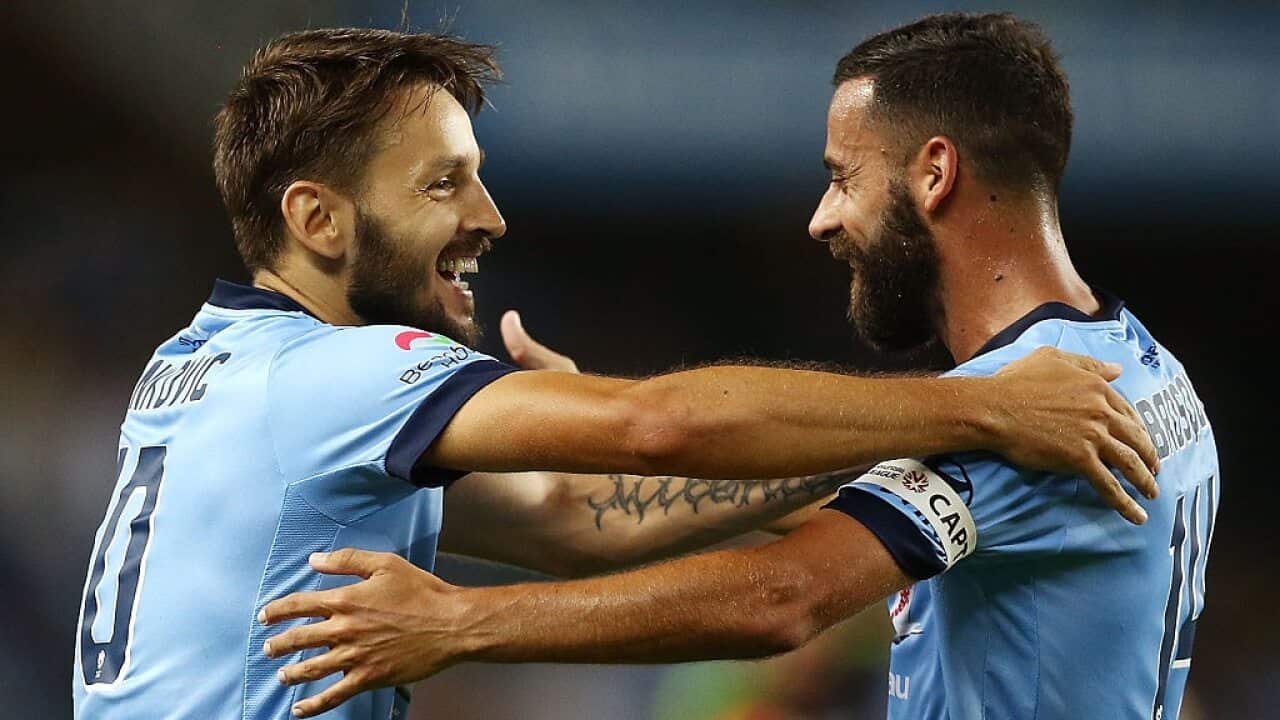 Goals from captain Brosque and star midfielder Milos Ninkovic, either side of half-time, proved enough for the Sky Blues, who were forced to play the final 25 minutes with 10 men after their skipper was sent off for a second bookable offence.

Advertisement
After a cagey opening to the round 13 clash, it was Brosque who put the hosts in front in the 36th minute thanks to some excellent play, and a bit of luck.

The veteran forward produced a clinical right-footed finish to thread the needle past Brisbane goalkeeper Michael Theo, after a clever assist from marquee striker Bobo, and fortunate ricochet in the lead up.

But the Roar responded and nearly hit back just before half-time, through Dimitri Petratos, only were thwarted by Danny Vukovic's heroics.

The game cracked open after the break, and Sydney - not content with their lead - continued to push forward and were rewarded through Ninkovic, who doubled the hosts' advantage in the 62nd minute.

Graham Arnold's men were made to work hard for their victory though, after Brosque was dismissed for an ill-disciplined challenge on Luke DeVere, only three minutes later.

And while John Aloisi's men looked to pull one back to set up a dramatic finish, their efforts were in vein with star striker Jamie Maclaren heavily marked throughout the clash.

For Sydney, it was their 10th win and eighth clean sheet of the season and moves them 10 points clear of second-placed Melbourne Victory, who have played two less games and face Newcastle Jets on Monday.

Meanwhile, the result snaps the Roar's own 10-match unbeaten run and they could finish the round back in fourth position, ahead of next week's clash with the Jets.