It’s a matter of when, not if, in-demand Brisbane Roar striker Jamie Maclaren heads overseas to further his career and follow a similar long-term career trajectory to that of Australia team-mate Aaron Mooy, according to his agent Paddy Dominguez. 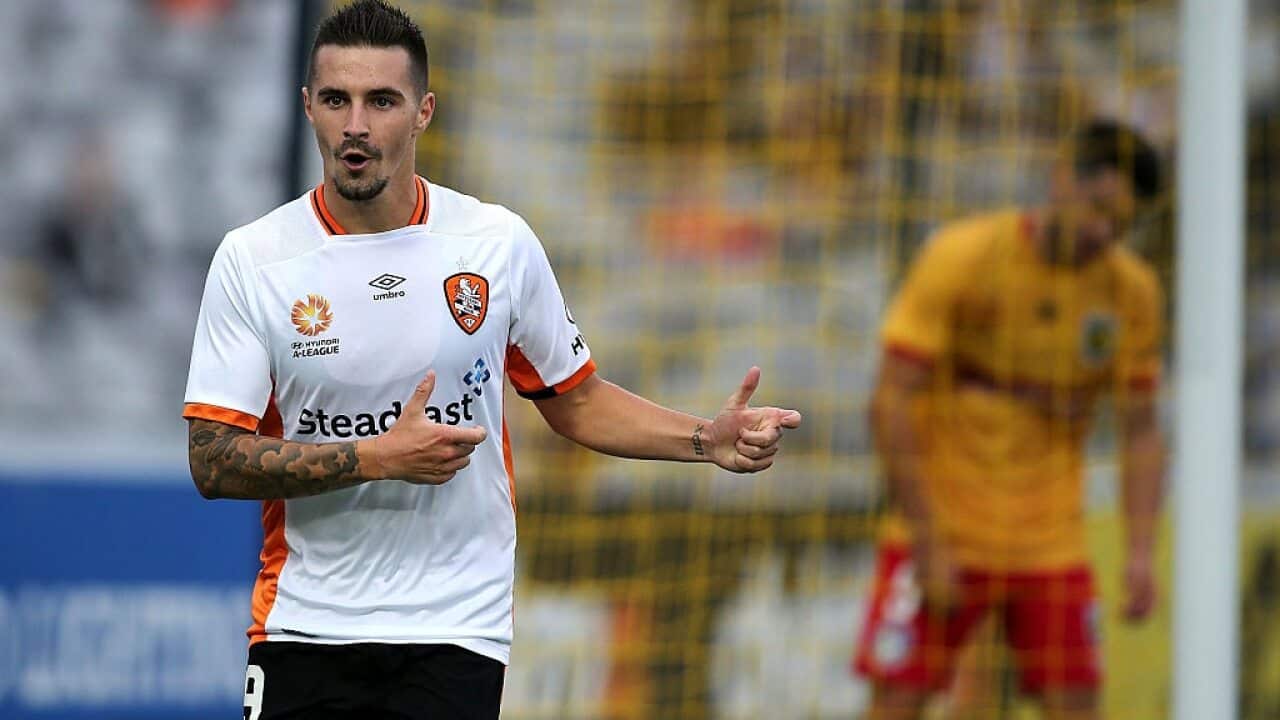 Linked with Stoke City and West Bromwich Albion this week – though neither Brisbane Roar nor Dominquez could add any credence to those rumours -  Maclaren, 23, is nonetheless positioned to make his next big career move while still at an age when he can further develop his game.

Advertisement
The emerging Socceroos striker becomes a free agent in June, and with 20 goals in 25 games last season, and six in 11 so far this season, his deeds have not gone unnoticed by clubs in Europe and Asia.

While the Roar have offered Maclaren a new three-year deal, derided as unacceptable by Dominguez, Western Sydney Wanderers are also keen to snare him.

But after masterminding Aaron Mooy's move to Manchester City and onwards to Huddersfield Town, Dominguez believes Maclaren can emulate his Socceroos team-mate, who has become the club's most influential player and has been hailed as too good for the Championship by Terriers fans and observers alike.

"I genuinely believe he has all the attributes to go all the way (follow a similar trail to Mooy)," Dominguez said.

"It’s not surprising there will overseas be interest in Jamie. His goals per game ratio in the A-League is just untouchable.

"He’s just doing what he does. He goes on the pitch and scores goals. There was a lot of interest in him in the off-season and you can imagine that when he is a free agent that interest only amplifies by a huge amount.

"When you perform the way he does, interest is an automatic thing. You have seen how well Aaron has done with Huddersfield in the Championship this season, and that’s what I intend to do with Jamie - to build his career and take him to the highest possible level he can play at.

"I have decent track record in doing that with players and Jamie has a very bright future ahead of him and he just needs to be managed very carefully, step by step and then we can see how far he can go."

Dominguez believes at the age of 23, the time is right for Maclaren to test himself overseas before the opportunity passes him by, and he is convinced the move will only enhance his game and help secure a long-term spot in the Socceroos squad.

"The exciting thing is that he still has a lot of improvement left in him. What we are seeing now is by no means the finished article," Dominguez said.

"He’s a very good player who still has a huge amount more to add to his game, and when that happens that’s the exciting part.

“My job is to try and help him to do that. He is the guy with talent, who does the work, and I am just giving him the advice he needs to take him there.”