Defender Jason Geria didn’t need Australia coach Ange Postecoglou to make him any promises leading into the two-game series against Greece - just the thought of possibly making his Socceroos debut was enough to make him pull out all the stops. 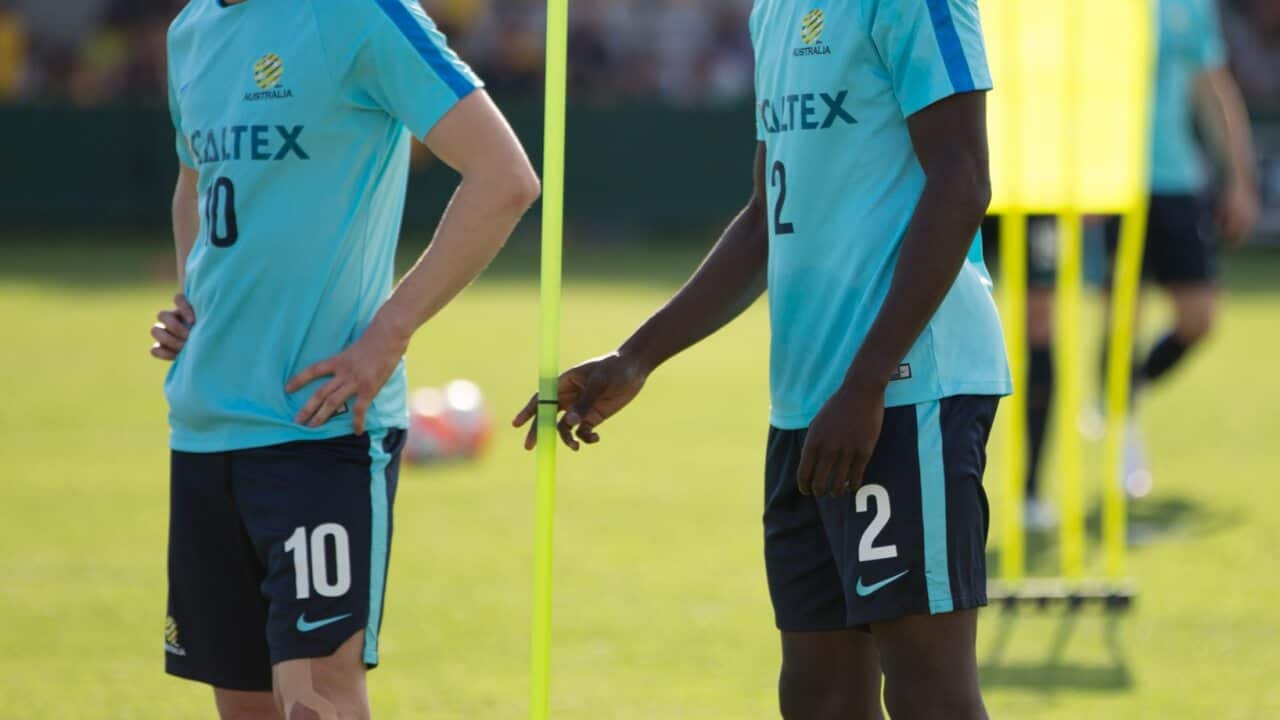 Geria, like the other only uncapped player in the squad, Alex Gersbach, is set to make his debut either at ANZ Stadium on Saturday night or at Etihad Stadium in Melbourne on Tuesday. It is the second Socceroos camp for both players.

Advertisement
Obviously there is no point in Postecoglou continuing to pick them unless he is going to have a look at them under match conditions and the “friendly” nature of these two games gives him the perfect opportunity.

But when Geria lined up for training sessions on Wednesday, Thursday and Friday he didn’t need the extra incentive of knowing for sure that he was playing. Postecoglou likes to keep things close to his chest at that stage of the week and Geria has no problem with the “keep ‘em keen” philosophy.

“Ange does a good job of keeping you on your toes,” Geria said. “He keeps everyone keen and it makes you work right down to the last training session and that’s the best way to have it. That makes competition for spots high all over the park, because everyone wants to play.

“Opportunities like this don’t come along very often, so everyone’s pushing at training. If you’re the right sort of player you’re going to be busting your gut at training. It’s such a peak, such an honour to represent your country and he knows how much that means to all the players here.

“If he sees you putting in the work at training and showing you really want to do it, you’ll get your just rewards. But everyone wants to play, so the bar is set very high.

“I think the right way to approach it is to work hard whether you know if you’re playing or not and stake your claim that way. The depth we have now in the national team now is so great we can put any XI out there and they’ll do a great job.

“So when you get an opportunity to be in the camp you’ve got to take that opportunity, because the guys who are established in the team are working just as hard as if they’ve never played a game. Training is of a higher standard because of that.”

Geria, the 23-year-old Melbourne Victory right-back, said that while everyone in the squad was competing for positions, the established players had still gone out of their way to make him feel welcome.

“I found coming into camp the first time that it was a bit daunting,” he said. “You are a bit nervous but I was welcomed in such a good way. Everyone was friendly and very talkative. Even the guys I didn’t know were so quick to show me the ropes.

“They had all been in this position before, coming into camp for the first time, so they understood, and it’s a good environment to have when everyone makes such a big point of making you feel welcome

Geria, who is originally from Canberra, said he would have plenty of off-field support present at both games.