Australia's exit from the 2018 FIFA World Cup will spark heated debate within the football family but it is important we recognise that the Socceroos played the best football of their entire campaign in the three matches in Russia. 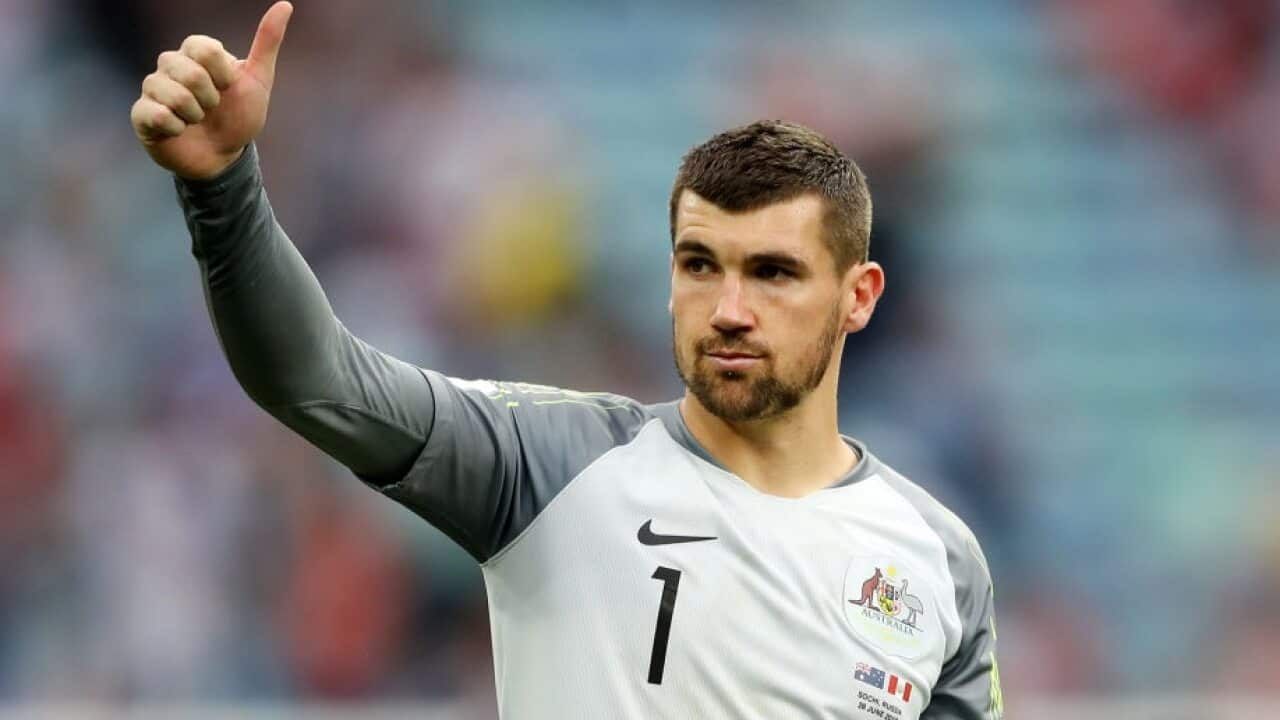 The Socceroos bowed out of the tournament after a 2-0 defeat to Peru on Wednesday morning (AEST) and there is no question that they were not good enough to reach the last 16.

Yet they are a better and more organised team than they were six months ago.

Bert van Marwijk's men produced some thriling moments in Kazan, Samara and Sochi and many fans would still be wondering how the green and gold failed to get something from their spirited match against France and shaking their heads in disbelief at how the team failed to beat Denmark in the second game.

Advertisement
But the World Cup is an unforgiving stage where any sign of weakness is brutally punished. Guts and determination come in handy but at such a high level this is not enough.

Yet despite the gloom and doom surrounding yet another unsuccessful campaign, it must be remembered that the Dutch coach improved the side that stuttered to get through the qualifying campaign under previous coach Ange Postecoglou.

The Socceroos may have lacked a cutting edge in the front third but there was little wrong with their general play, either as a pragmatic unit that faced the French or the more adventurous outfit that took on the Danes and Peruvians.

Playmaker Aaron Mooy was Australia's most consistent performer and never looked out of his depth against any of the three sets of midfielders he faced in Russia.

And after a slow start Tom Rogic came into his own as the tournament wore on and played superbly in the first hour of the match against Peru.

Behind them captain Mile Jedinak was a steadying influence on the whole team and offered solid protection for centre backs Trent Sainsbury and Mark Milligan - who both had a strong tournament - apart from scoring Australia's two goals in the tournament from penalties.

And with enterprising fullbacks Josh Risdon and Aziz Behich ever so eager to overlap intelligently without neglecting their defensive duties, the Australians were able to play out with purpose and composure, which is something they did not do in several of their qualifying matches against inferior opponents, albeit in testing climatic conditions.

The problems with the Socceroos in Russia started in the front third, despite the energy and drive of Mathew Leckie and the industry of tireless, if erratic, Robbie Kruse.

The team lacked a strong No 9 and a general inability to play quality final balls.

Andrew Nabbout played his heart out before he got injured in the second match but his inexperience was there for all to see.

Tom Juric was comparatively too static at the pointy end and was largely ineffective whenever he was on the park and we shall never know if Tim Cahill could have been the answer because he was used only once, in the second half against Peru.

Cahill has probably played his last game in a green and gold jersey.

He could have etched his name in the game's history books soon after coming on as a substitute by becoming the fifth man to ever score in four World Cups but with the gaping goal at his mercy he was poorly served by Behich in another classic example of Australia's lack of penetration.

This flaw was evident in the Denmark match when the Socceroos had their opponents on the ropes in the second half and it became a glaring issue in Sochi when the team created multiple promising situations that were ruined by either poor passing or weak finishing.

It is the story of Australia's participation in this World Cup.

However one should not be too discouraged by the team's early exit because this Socceroos side showed more positives than negatives in three games in Russia that augur well for their defence of the AFC Asian Cup in the United Arab Emirates in January.

The Socceroos also showed that they could adapt to the different circumstances provided by different teams.

None of this nonsense of playing one way come what may against anyone.

And there's also young Daniel Arzani, who left a favourable impression whenever he was called upon by departing van Marwijk. His time will come.

Over to you Graham Arnold.