Socceroos forced to decide between Rogic and Luongo

The emergence and consolidation of midfielder Aaron Mooy as a quality international player is great news for his biggest fan, Australia coach Ange Postecoglou. 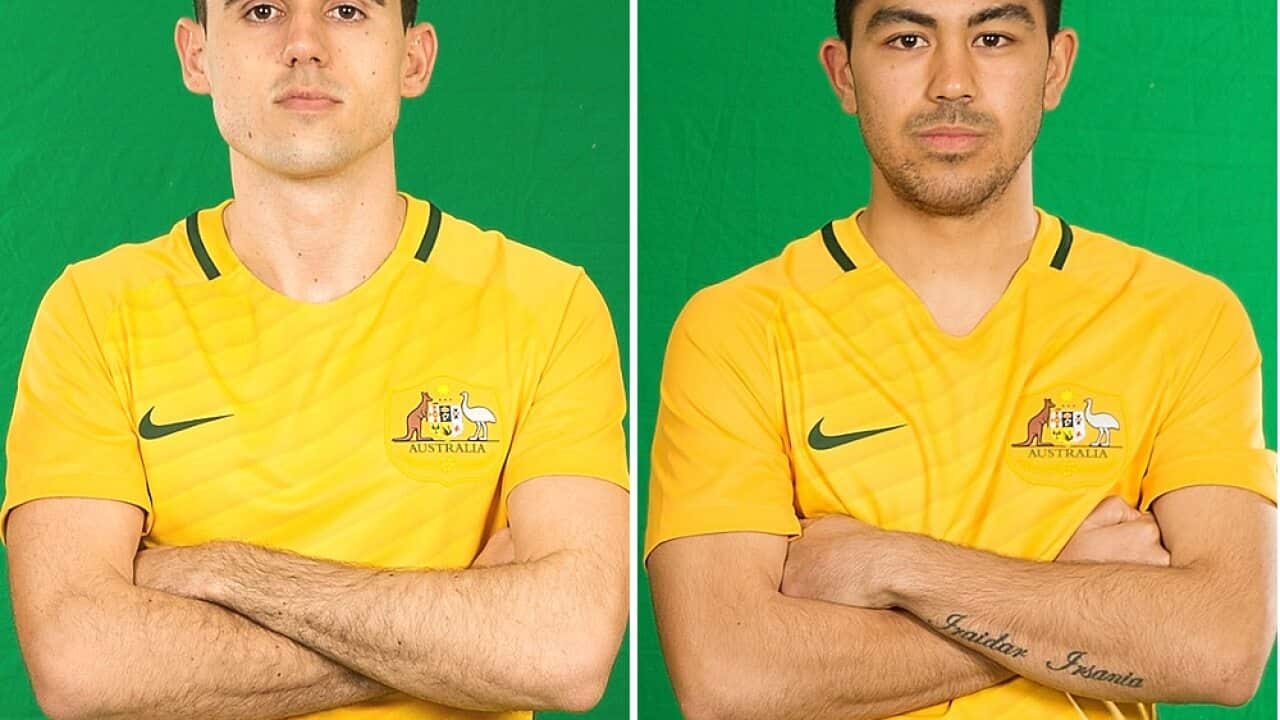 Tom Rogic and Massimo Luongo have been impressive in green and gold Source: Getty Images

Advertisement
It is also a sign that the time has come for Postecoglou to make one of the biggest selection decisions since taking over the reins in October 2013.

The Socceroos boss rates Mooy as the A-League's best player and he no doubt has big plans for the supremely gifted Melbourne City playmaker who has set the domestic competition alight due to the goals he makes and scores with ridiculous ease.

Postecoglou does not offer guarantees to his players - they should feel privileged and be happy to be selected in the elite squad, he says.

Yet he surely must realise that with Mooy becoming virtually untouchable - Postecoglou would hate this word - in the national team his dilemma surrounding the use of Massimo Luongo and Tom Rogic has come to a head.

Attacking midfielders Luongo and Rogic are two of Australia's finest and most exciting footballers but it is generally agreed that they are too similar in style and there is not much sense or scope in playing both of them in a team that likes to perform in a standard 4-3-3 formation.

But now it has become a simple numbers game, too.

Captain Mile Jedinak occupies the defensive midfielder's position and Mooy is looking after the playmaking role and it fair to assume that both can consider themselves red-hot favourites to start in the final phase of qualifying should they retain their current form.

So there is only one remaining spot available in the middle of the park. And two into one doesn't go.

I assume that Postecoglou's statement that he could deploy Mooy, Rogic and Luongo at the same time was merely an off-the-cuff remark designed to remind us that no player should feel like he 'owns' his position.

Postecoglou has hardly ever used Luongo and Rogic at the same time and it it usually the former making way for the latter, as was the case in the 2018 FIFA World Cup qualifying mismatch against Tajikistan in Adelaide.

Postecoglou has dabbled with Luongo as a wide man on the right with scant success.

Both Luongo and Rogic played their part in a 7-0 demolition of the tragic Tajiks on an awful Adelaide Oval pitch that was an insult to the players of both sides and an embarrassment for Australian football.

That's what you get, I suppose, when you play football at a cricket ground. But I digress.

Luongo, who plays for Queens Park Rangers, set the tone for the match with a well-taken goal after barely two minutes and although he has played more eye-catching games for Australia he kept the attack ticking along nicely with his exuberance and positivity before he made way for Rogic on 67 minutes.

The Celtic man came into the match on the back of a stunning winning goal for the Bhoys at Kilmarnock.

In the 23 minutes he was on the field in Adelaide, Rogic gave Postecoglou another demonstration of his extraordinary skills.

He was fortunately credited with a goal when his sweetly struck volley hit the underside of the bar and landed near the goal line. Television replays showed that the ball did not completely cross the line and striker Apostolos Giannou, who left a very positive impression on his debut, should have been given the goal after he slotted in the rebound.

There was no such luck with Rogic's second when he found the net with a sumptuous shot with the outside of his prized left foot. He also crashed another drive against the bar for good measure.

Postecoglou's position is unenviable because having to pick one star ahead of another is never easy.

Rogic is probably more skilful and inventive while Luongo is stronger and more consistent, so splitting them is difficult.

Much will depend on the level of fitness and form of both contenders or the type of opposition Australia are facing.

The final group match against Jordan in Sydney should give us another indication as to where Postecoglou will be leaning in the final phase of qualifying for a spot in the World Cup in Russia.

Postecoglou has assembled a national squad that has considerable depth and his 'problem' regarding Rogic and Luongo is a pleasant one that most coaches would yearn for.

However, it is a problem that needs to be solved nonetheless.