In a major boost for the Socceroos, skipper Mile Jedinak could be set make a return to the Championship on Sunday night (AEDT) after Aston Villa manager Steve Bruce confirmed he is fit and available for selection. 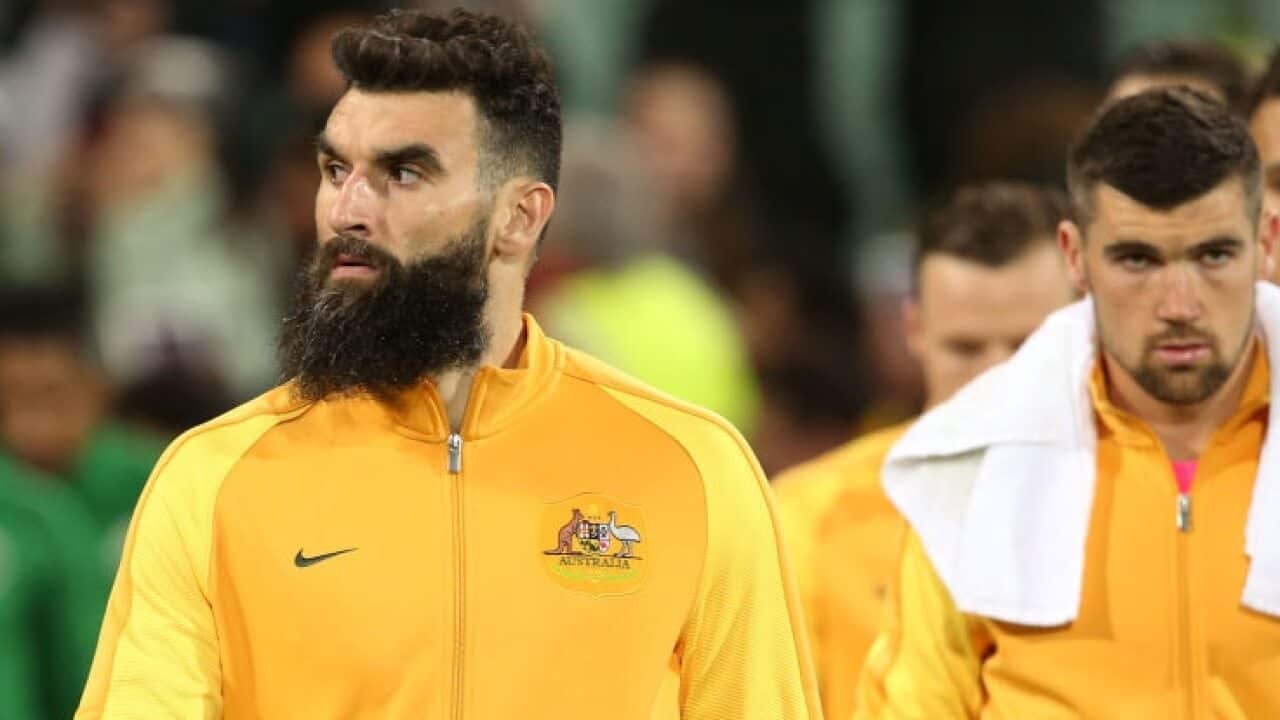 Mile Jedinak in action for the Socceroos in June Source: Getty Images

Jedinak, who was named in Ange Postecoglou's preliminary 30-man squad for the pivotal World Cup play-off against Honduras, has only played 145 minutes of football since April.

The 33-year-old has struggled with injury for months and only lasted a half during his sole Villa appearance in September.

But his immient return would prove timely for the Socceroos ahead of the Honduras matches - on Saturday November 11 (AEDT) and in Sydney four days later - with stand-in captain Mark Milligan and Mathew Leckie both suspended for the first leg.

While stopping short of declaring Jedinak would start against Birmingham City, Bruce confirmed the Australian skipper is available to play.

"Jedinak (is) available for the Birmingham trip," Bruce said.

"Mile's trained for the last week (but) hasn't played since last May really, so that would be a big call (if he started).

If Jedinak fails to feature against Birmingham, it would leave him with only two potential games ahead of Socceroos duty.