Socceroos defender Matt Jurman could be on his way out of South Korea and into Saudi Arabia, with Al-Ittihad poised to snare his signature. 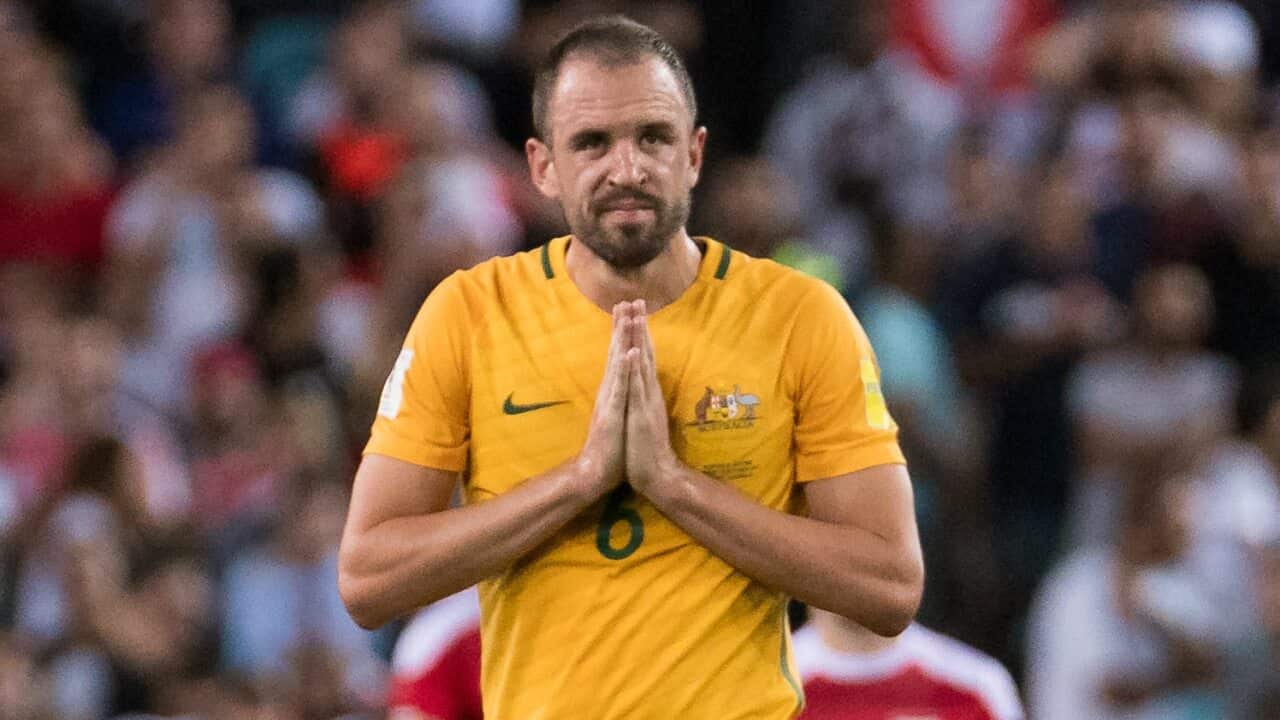 Matthew Jurman in action for the Socceroos Source: Getty Images

The Jeddah-based two-time AFC Champions League winners have agreed to personal terms with the 28-year-old over a two-year contract estimated to be worth $1.6 million.

However, the deal is subject to a transfer fee with All-Ittihad officials seeking to reduce Suwon’s $500,000 asking price for a player with less than five months to run on his contract, and with just four appearances under his belt so far this season due to injury.

Advertisement
The former Sydney FC centre-back did make the cut for the FIFA World Cup but didn’t play a single minute in Russia, or in the warm-up matches, with van Marwijk opting for the centre-back pairing of Trent Sainsbury and Mark Milligan.

The latter plays his club football with Al-Ittihad’s cross-city rivals Al-Ahli, where he has six months left on his contract.

With Milligan, 32, set to step away from international football, Jurman’s prospects of recapturing the stopper's spot is likely to be greatly enhanced heading towards January’s AFC Asian Cup in the United Arab Emirates.

Al-Ittihad, who play in front of 40,000-plus crowds, was once home to another Socceroo, James Troisi.

However the attacking midfielder’s tenure ended after just four months in 2016 following a pay dispute.