The Socceroos players themselves are the biggest losers in the dramatic events surrounding national coach Ange Postecoglou's pending departure that have all the makings of a soap opera. 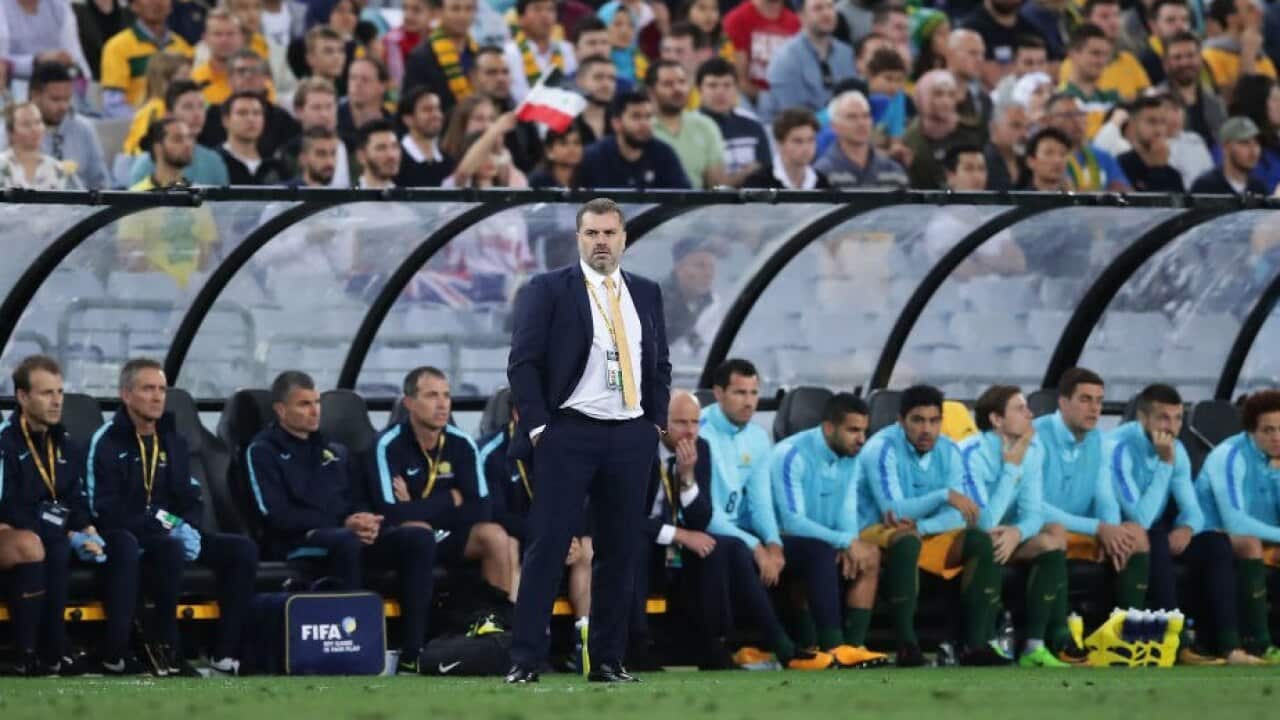 Postecoglou will desert the very players he has worked with for three years after next month's 2018 FIFA World Cup play-off against Honduras.

Less than a day after he led his side to a battling 3-2 aggregate victory over modest Syria, it emerged that Postecoglou will relinquish his post regardless of the outcome of the clash with the Central Americans.

Postecoglou has had an opportunity to deny the reports revealing his intentions to quit but he did not do so.

Advertisement
The reasons for Postecoglou's shock decision are unknown.

READ MORE
One reason why Postecoglou is Galloping out the door

It has been suggested that his relationship with Football Federation Australia is tense and terse.

It has also been claimed that he is not prepared to take the strong criticism that the Socceroos' timid performances in the last few months have warranted.

it is also believed that he might have a club job lined up abroad.

Whatever the reason for his faux pas, Postecoglou has done the wrong thing by the players who see him as the man to help them realise their dream of playing in a World Cup.

As things stand now, they would be perfectly entitled to feel disappointed at best and badly let down at worst.

Can you imagine the players' frame of mind when they go into the forthcoming tie with the Hondurans, knowing that their coach will not be there to guide them at the World Cup if they prevail?

Can Postecoglou look at his players with a straight face and urge them to give everything for the green and gold jersey when he himself will abandon them at the final whistle?

And can Postecoglou expect his players who must feel they are in limbo to keep sticking to a system of play that some of them do not even understand - if rumours about unease are to be believed - when they know it could all change after he goes?

This is not the first time Postecoglou has jumped ship when least expected. After he led Brisbane Roar to two A-League championships in 2011 and 2012 he was expected to keep his promise to hang around for an attempt at a treble.

What did he do next? He quit Brisbane to join Melbourne Victory, leaving several Roar players dumbfounded and feeling let down.

The same must apply to the current Socceroos' squad members which is really a sorry state of affairs.

I have supported Postecoglou ever since he took on the Brisbane job and went about transforming the way we play our football.

The Socceroos also gained significantly from Postecoglou's expertise and captured the hearts of a nation by winning the AFC Asian Cup in early 2015.

But Postecoglou appears to have lost the plot in recent months and some of his statements and decisions raised many eyebrows.

His inflated opinion of the A-League and Australian footballers was clearly designed to instill confidence within the football fraternity and ultimately remove our innate inferiority complex but these things tend to backfire and come back to bite you if things get a bit sticky.

And his obsession with turning the Socceroos into a team playing 'his' style of football simply has not worked, particularly when he changed the team's formation midway through the qualifying campaign.

Good national coaches do not ram football philosophies down their players' throats but see what is available and play the game accordingly.

Club coaches buy players they need to fit their plans but national coaches have to make do with what is available. This is something Postecoglou seems to have failed to understand.

Postecoglou has done a lot for Australian football but in his manic drive to improve our playing standard and mentality he forgot that doing it his way was not always possible.

"I have not lost faith in what I do," he told Fairfax journalist Michael Lynch a few days ago.

The trouble is many people have lost faith in what Postecoglou is doing.