Australia fans can expect to see a dominant and dangerous Mathew Leckie in the looming 2018 FIFA World Cup qualifiers against Tajikistan and Jordan – so long as he brings carries over his Bundesliga form. 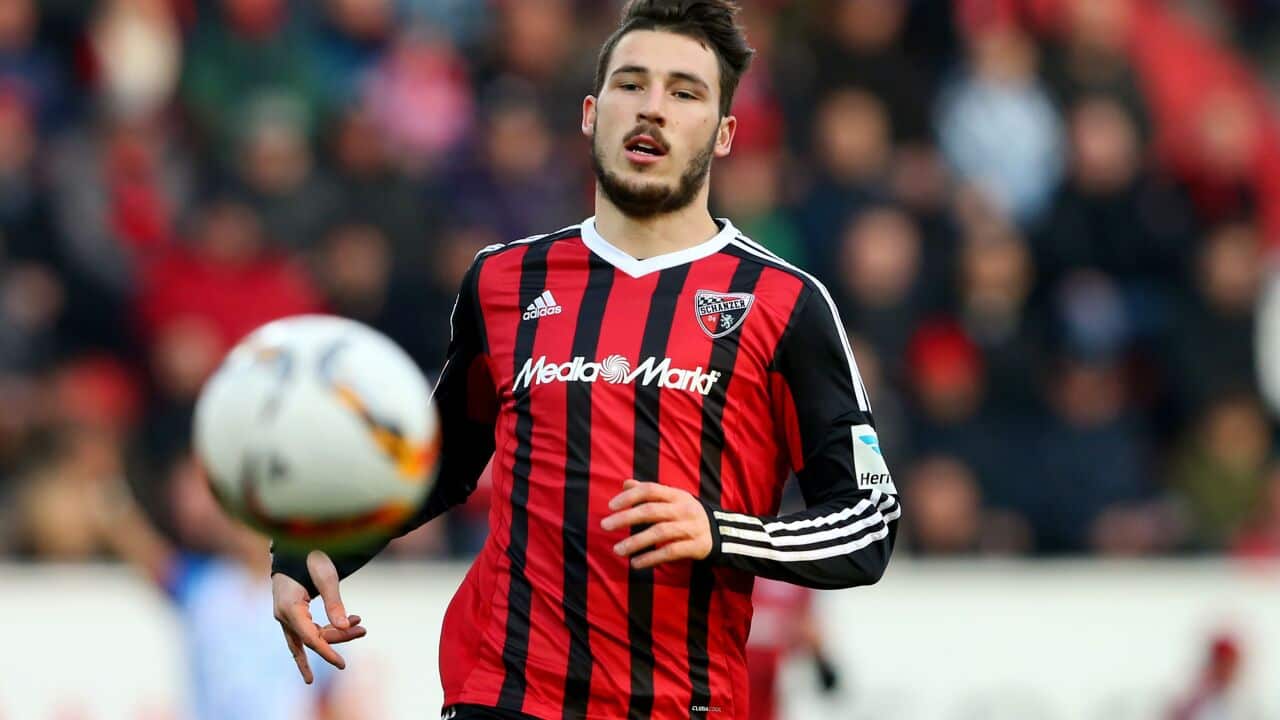 The metronomic Leckie – a staple in any starting line-up during the reign of Ange Postecoglou – isn’t one to read too much into stats and metrics.

Advertisement
However, according to latest performance data released by the Bundesliga boffins, the Ingolstadt winger is one of the competition’s most effective and consistent high-achievers in virtually every aspect of his game.

In a competition stacked with World Cup winners and world stars, the 25 year-old Australian import has been turning heads with his newly promoted side this season during 25 games in one of the planet's most demanding domestic leagues.

Leckie is simply pleased to be one of the key men in a side that sits 10th in their debut season in the division.

His confidence is soaring approaching Thursday night’s Group B qualifier against Tajikistan as ladder leaders seek to keep Jordan – who play bottom placed Bangladesh on the same night – in their rear view mirror going into the likely group decider in Sydney on Tuesday week.

“On a personal note, I’ve been playing well and have been able to keep my spot in the team and that’s really pleasing for me,” said Leckie, who is back in the top flight after a brief spell at Borussia Monchengladbach when he first departed Adelaide United back in 2011.

“It’s a lot different now to when I first came to Germany … I was a younger then and I had a lot to learn. The level of intensity and the quality was a big jump from what I was used to.”

After a spell with second tier FSV Frankfurt before Joining Ingolstadt, Leckie has returned to the Bundesliga battle-ready and buoyant and – as the stats prove – is more than holding his own in a league rated among the top three in Europe.

“I’ve grown a lot as player, and the national team has helped in a big way with that In coming up against some of the world’s best players,” he said.

“I’m feeling fit from playing each week in the league now and I just want to build on this now.

“I’ve been working really hard but there’s one thing playing well and another working hard and I've been able to do both.

“The club have faith in me, which is very nice and I have feeling really settled right now. I am at a club which has been doing maybe better than a lot of people thought and is outplaying teams at times.”

With his power and blistering acceleration, Leckie is likely to pose insurmountable problems for Tajikistan and Jordan as Australia bid to put a stamp on their passage through to the final phase of qualifying for Russia 2018.

“I am feeling fresh and can’t wait for the games,” said Leckie, whose Ingolstadt team lost 2-1 to Hertha Berlin in his final game before heading into camp in Adelaide.

The previous week he got on the scoresheet in a 3-3 draw with Mitch Langerak’s Stuttgart.

“I’m feeling really motivated after missing out on the last camp through illness and we know these two games can send us through to the next round,” he said.

“We know it won’t be simple but we tend to be quite dominant at home and we really haven’t been challenged yet at home by any of the teams in our group.

“Obviously Jordan will be a big test (Australia lost 2-0 in Amman in October) but we are backing yourselves. We believe we have the quality in the team to get the job done.”