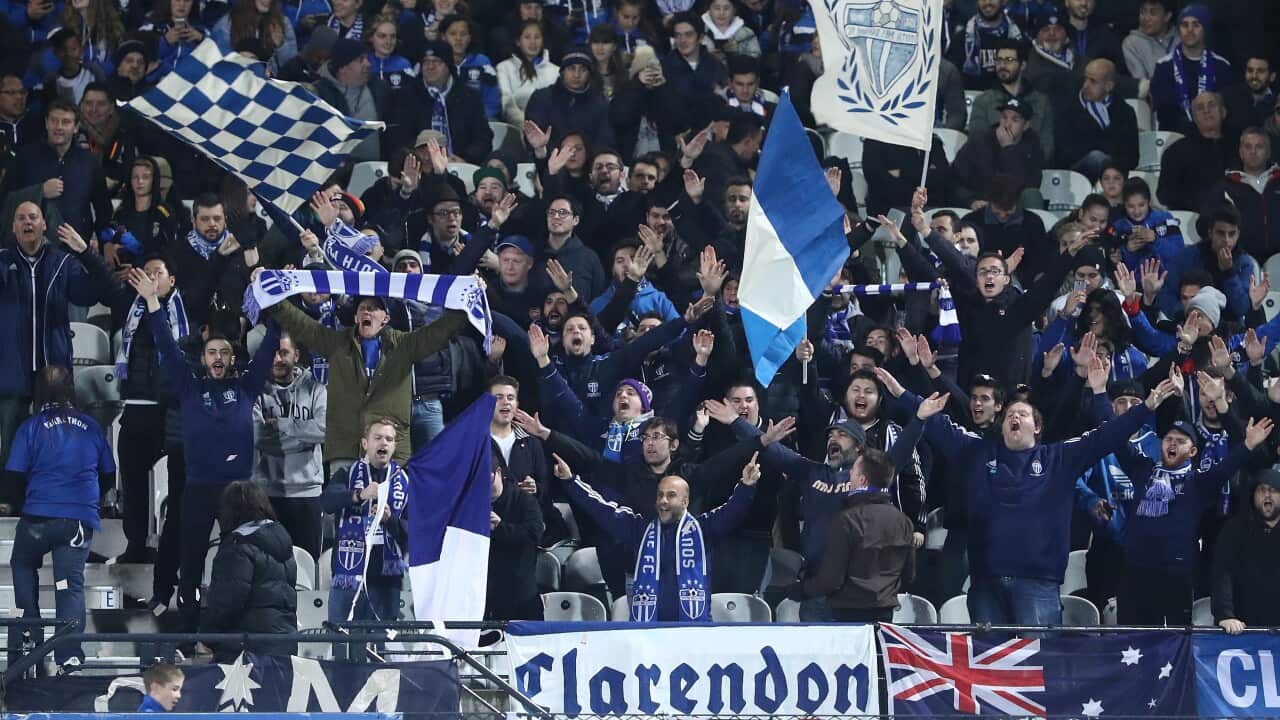 With expansion back on the agenda for 2019-20, the former NSL giants believe they are a “ready made” option with the capacity to re-energize a stagnating competition with their illustrious history, fan base, stadium facilities and ability to provoke extremes of loyalty and loathing.

Advertisement
“If you look at our TV numbers in reaching the semi-finals of the FFA Cup last season, they were equivalent, if not higher, than many of the A-League games.

“The bottom line is that the competition needs the vitality and credibility offered by a club with our illustrious background coming in and performing a role in bringing new energy and excitement.

“I am in regular contact with both David Gallop and Greg O’Rouke at the FFA and have a good appreciation of the challenges and opportunities an expanded A-League presents.”

The four-time NSL champions, who kick off their National Premier League season on Monday night against Bulleen Lions, have been busy strengthening their squad with imports as they seek to build a compelling case as one of the two teams FFA is looking to bring in.

“We have proven pedigree across all our age groups, in the men’s and women’s games, and reaching the last four of the FFA Cup last season showed what we’re about,” Papastergiadis said.

While there are interested parties in Geelong and Dandenong for a third team from Victoria, Papastergiadis sees a clear advantage for South.

“We’re the only one with a stadium (the 13,000-capacity Lakeside arena), we also won the women’s division last year in the NPL and we have also a strong link into Asia through our connection with Guangzhou R&F and the Australia-China Football Development Foundation. “

South showed their credentials earlier this month in defeating R&F 3-0 in a pre-season tournament, just days after the CSL side had thumped a Melbourne City XI 4-1 behind closed doors.

“We’re ready for the A-League, and are a safe pair of hands,” Papastergiadis added.

“The league can only benefit from having a club which has a strong administration and infrastructure like ours, and consistently wins titles.

“We’ve provided interest wherever we play. We’ve been around for 40 years and are not a manufactured club.

“Let’s face it, the A-League’s franchise model has had mixed success.”

South also claim to a have a social media reach of around 100,000, with Papastergiadis adamant they would bring enhanced derby fervour, rather than provoke a cannibalisation, of the support bases of Melbourne Victory and Melbourne City.

New signings, Greek defender Christos Intzikis and Brazilian midfielder Oliver Minatel, are symbols of the club’s ambitions, according to Papastergiadis.

“They’ve played at the top level in Greece and in Portugal,” he said.

Intzikis featured in 100 matches in Greece’s top two divisions, including spells at PAOK and Aris of Thessaloniki.

Minatel was part of PSV Eindhoven’s youth system, had stints in the US and Canada, while also spending time in Portugal’s top division for Nacional.