Switzerland made it seven wins out of seven in their 2018 FIFA World Cup qualifying group when they beat Andorra 3-0 helped by a double from Haris Seferovic in a rain-soaked match which was twice interrupted to clear water off the pitch. 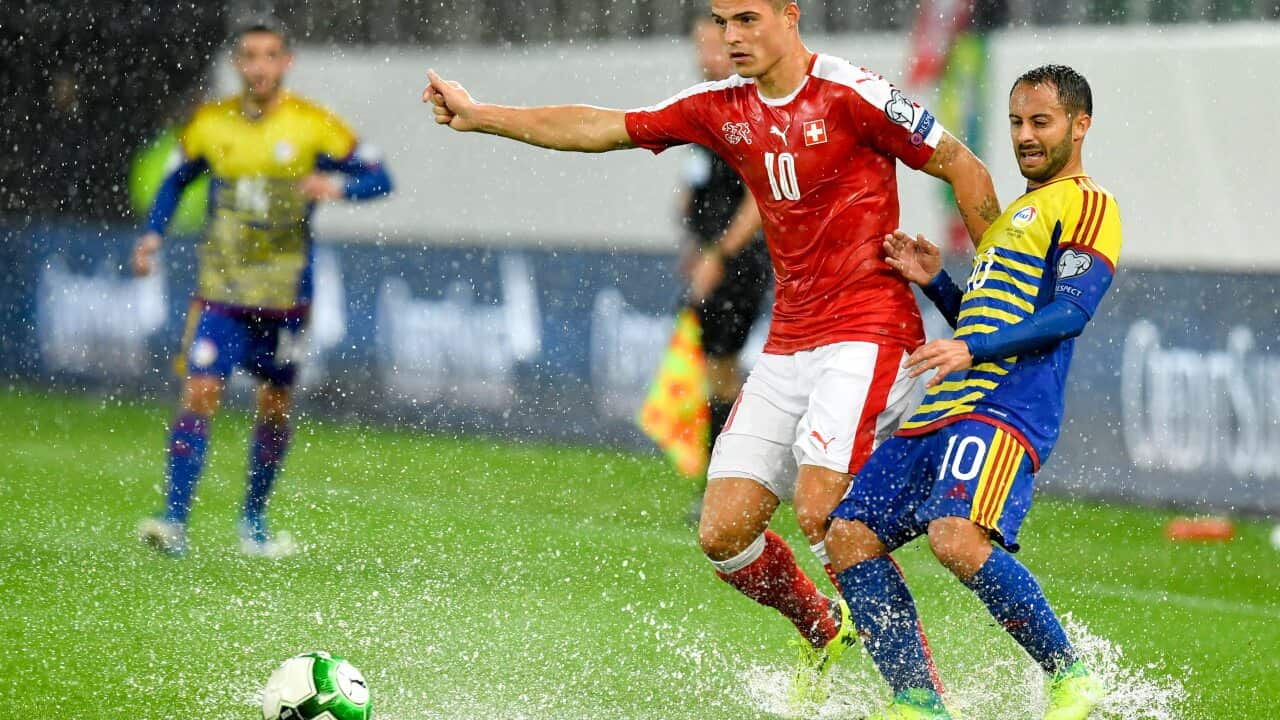 Group B leaders Switzerland have 21 points, three ahead of Portugal who beat the Faroe Islands 5-1. Third-placed Hungary beat Latvia 3-1 to reach 10 points.

Even after an army of helpers swept water off the pitch, conditions were barely playable as the ball got stuck in puddles and the players splashed around.

Switzerland went ahead in the 43rd minute when Seferovic headed in after Xherdan Shaqiri managed to lift a cross into the Andorra area.

Advertisement
The second goal by Seferovic in the 62nd summed up the evening as Andorra's attempts to clear the ball were hampered by the water on the pitch.

Admir Mehmedi's cross evaded two players and was cleared off the line by a defender but went only as far as Eren Derdiyok who himself miscued before another defender sent the ball straight to Seferovic who stabbed it into the net from close range.

Stephan Lichtsteiner headed the third, with Switzerland guaranteed at least the runners-up spot.

The group winners qualify directly for Russia while the eight best second-placed teams in the nine groups go into a play-off round.

The group ends with a showdown between Portugal and Switzerland in Lisbon on October 10.